With his persistence in the junior categories having paid off in the form of a McLaren seat, Jake Hughes says he always believed that his ability would carry him into a Formula E drive

The Birmingham-born driver spent five seasons racing in the nominal third tier of single-seater racing, spread across the now-defunct GP3 Series and both incarnations of FIA Formula 3.

He was handed opportunities to step up to Formula 2 with HWA and Van Amersfoort, dovetailing those drives alongside his Mercedes Formula E simulator role.

Hughes told Autosport that he felt he had to "fight" to keep his single-seater career alive, particularly as he did not have the backing of some of his contemporaries on the grid.

"It's never guaranteed for someone in my sort of scenario in motorsport, and how I've gone through my career and had to fight to make sure I have a career at all - let alone get here," Hughes said.

"It's a big moment for us. So to just enjoy [getting the McLaren drive] with my family was really nice.

"I was privileged enough to get those opportunities with Hitech in [the FIA F3 European Championship], then HWA for a couple of years in [current F3], then HWA in F2 and with van Amersfoort this year.

"But those kinds of results are not a guarantee that your career keeps going even at that level in junior formulae, let alone with manufacturer brands and teams such as big as McLaren.

"I've been fighting like that for a number of years. It was nothing new to me. I always believed my ability would get me to this point. Now it's about going out and capitalising." 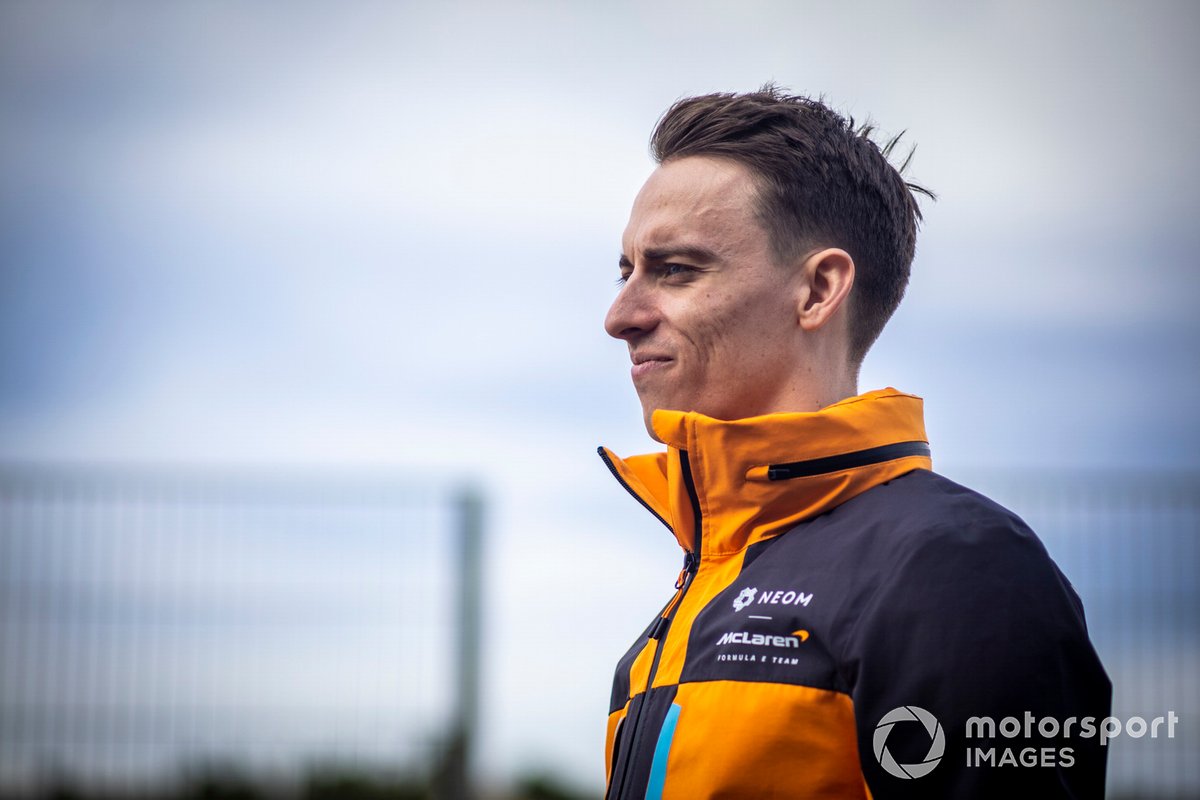 Judging by his experiences of the Gen3 car thus far, Hughes feels it plays to his strengths and that he hasn't necessarily needed to change his style too much to suit it.

He explained that prior to the Valencia test, McLaren had been afforded little running - but any apprehension quickly faded away when his first set of laps had him on top of the session. The Briton later 'won' the race simulation held on Wednesday.

"It's been very positive so far in terms of just jumping in and basically going about with my natural driving style, how I feel with the car.

"And it seems to have come to me quite quickly so far. I mean, it's not the first time I've driven the car. But we've been a customer team, I really haven't had a lot of time in the car. I've had two morning sessions, which is probably a total of about six hours at most.

"All the manufacturer drivers had been in a lot more. So I was kind of intrigued to see how it would go, especially the first day. But really surprised, I mean, got out of the car, my first run in the morning on day one, I was already P1 so it's encouraging."