The final six hours of testing began in similar fashion to the running on Tuesday and Wednesday, with Maserati driver Guenther top of the pile after the opening 20 minutes. He posted a 1m26.647 as his initial benchmark, and later took three tenths out of it.

Sebastien Buemi then brought out a red flag as he crashed at Turn 4 and required a clean-up operation, with a crane summoned to peel the Envision car out of the barriers after a suspected braking issue.

Once running resumed, Vergne and Guenther's team-mate Edoardo Mortara displaced the German from the top - the former logging a 1m25.777s to place his DS Penske machinery on top.

Shortly before the hour mark, Jake Hughes clocked in a 1m25.284s to beat Guenther’s overall test lap record from Wednesday. Thus, the McLaren driver went to the top of the charts.

A second red flag period ahead of the halfway point of the session was precipitated by Jake Dennis, whose Porsche-powered Andretti car came to a stop at Turn 5.

A near 20-minute wait to move Dennis’ stranded car followed before action resumed, and Vergne then returned to the top before the end of the second hour with a 1m25.248s.

The Frenchman’s time remained unbeaten throughout the rest of the morning session, as his team-mate Vandoorne got within 0.002s of the second-placed Hughes. 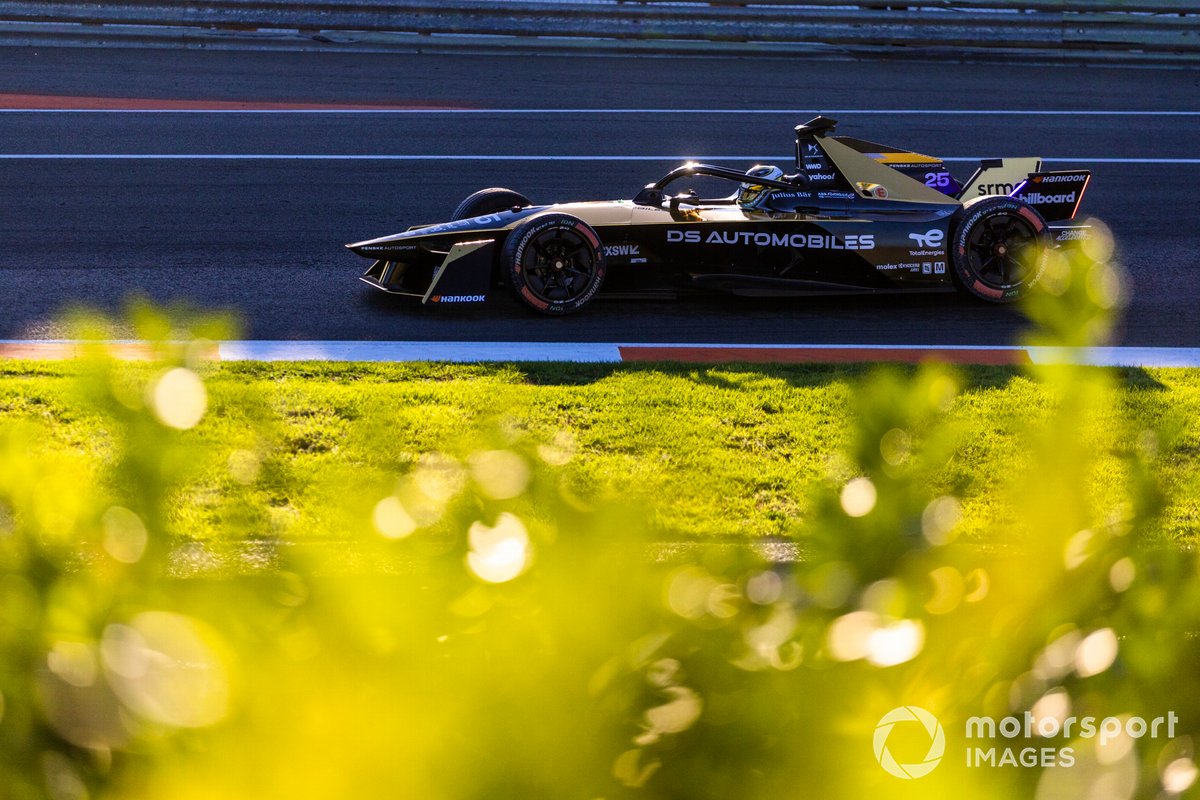 When the timing boards were reset for the afternoon, Sam Bird put his Jaguar on top after the opening 10 minutes, albeit 1.5s off of Vergne's morning showing.

This had the Briton on top over the similarly Jaguar-powered Envision of Nick Cassidy, before Hughes returned to the uppermost echelon on the timing boards after going 0.2s quicker than Bird.

Mahindra's Oliver Rowland was then the first driver into the 1m25s in the afternoon session, but was then surpassed by the McLaren duo of Rene Rast and then Hughes, who continued to factor at the top.

Rowland got back on top with a 1m25.317 after an hour and 20 minutes of running in the afternoon, which remained the benchmark for almost an hour.

Vandoorne then dispatched the Yorkshireman with 45 minutes left of running, posting a 1m25.236s to beat team-mate Vergne's time in the morning session by a smidgen.

But Guenther fancied ending the week as he'd started and posted a 1m25.127s in the final half hour, before the session was paused towards the end as the Jaguar of Mitch Evans came to a halt on the exit of Turn 2.

Vandoorne's lap was the second fastest overall from the day, with Vergne's morning lap the third best from the last six hours of testing.