Next week we expect the fairy-tale story of Techeetah to come full circle as it's poised to land a manufacturer deal for season five. But to understand how we've arrived at this point, you need to know the backstory to one of the most amazing David-and-Goliath stories in recent motorsport history

The Formula E narrative over the past 12 months has been driven by the influx of manufacturers into the all-electric racing series. And with Mercedes, Porsche, BMW and Nissan signing up to take on Audi, DS, Jaguar, NIO and Mahindra (Renault has now left) that can come as no surprise.

But on-track the story has been very different. Despite the resources - both financially and technically - of the manufacturer teams, it's an independent squad that beat them all to the drivers' title. And it only lost the teams' crown by two points; agonising when you consider its second driver Andre Lotterer jumped the start in the all-important final race...

The story of how the Chinese-owned and backed customer team has been able to take on and beat the best of the rest is a classic tale. It's also testimony to how the rules the FIA and Formula E have put in place have found a perfect balance between allowing technological development while at the same time keeping a handle on costs, which in turn creates the sort of unpredictable results and races the fans crave.

The stars aligned, and Techeetah took its chance in the final season of the 'Gen 1' chassis.

"I don't know if we've got a recipe [for success], or we'd be doing it year after year!" says Edmund Chu, the team's president when asked how his team did it. "I think it comes down to a few things, especially the performance of our drivers. 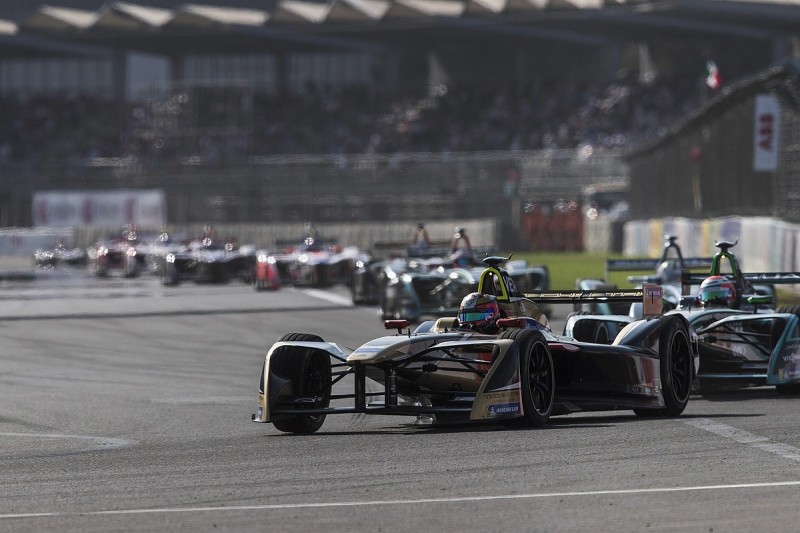 "Jean-Eric was lights-out quick, his consistency was incredible. He and Andre, who did some incredible things as a rookie, imagine if he'd started on equal footing as the others at the start of the year? He became highly competitive very quickly, and I think it was their hard work - in the simulator for over 60 days - a lot of accolades have to go to them.

"Our engineers did an incredible job, as we were behind the eight ball a little bit by not having a manufacturer on board, but they did everything they could to make the car faster. Our mechanics were great, we didn't have one mechanical problem all year. We created a really strong team that would do whatever was necessary.

"So we didn't have the testing days, we didn't have the manufacturer budget behind us, but that just meant we worked harder to overcome that. What a great year, while we're still a bit frustrated by what happened on the last day! But when you look at everything in totality, we're really pleased with ourselves and proud of our accomplishment."

The first thing Vergne did in Sunday's post-race press conference - having taken victory for himself - was to congratulate Audi Sport, which had just pipped Techeetah to the teams' title.

"We are not a constructor; we are just a small team," Vergne explained. "Already being there, just a few points behind them, is pretty amazing actually. I really want to congratulate everyone in my team for the job we've done this year. Honestly, it's truly amazing.

"Look at what we've done as a private team, the smallest budget, no testing done. Imagine what we can do with a manufacturer and 15 days testing and more budget? I think those guys should be worried [he tilts his head towards Lucas di Grassi, who responds with a trembling hand!]" 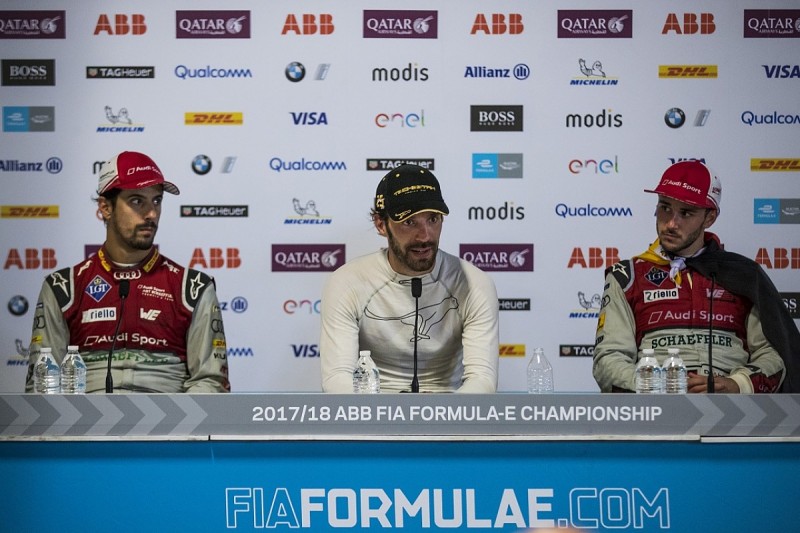 "Now I've won the title, I will not drop my weapons. I feel even hungrier now for more wins. Winning this year is one thing, but everything is reset to zero, and that's the attitude I'm going to have next season too. I'm looking forward for next season already.

"The foundations of Formula E are here, and it's like building a very nice house. The foundations are very strong, never mind wind or thunderstorms of whatever, it's gonna stay there. We have many manufacturers in the championship, and from next season onwards the level of Formula E is going to increase massively, and everyone is going to be shocked.

"Just like the people who believed Formula E would crash, would never grow what it is today, I think they're going to get another shock with Gen 2 [car] and an even better organisation. There's big things coming, it's going to be absolutely impressive. It's got a lot of surprise yet for the world."

Vergne has not only been the key to the success on the track, he's been a huge motivator and player off it too.

"I believe I've worked much harder than before in my career, because I have more influence in the team compared to other places I've been," he adds. "I have a lot more to say in this team and I've had quite a lot of input in not making mistakes and making sure everything is right on the car and in the team. I spend quite a lot of energy with the management trying to make those things happen."

Efficiency was the key

Techeetah's team principal Mark Preston is a Formula 1 veteran of Arrows, McLaren and Super Aguri. He believes that the unique way in which Formula E is run from a technical perspective has allowed this minor miracle to occur.

"The biggest thing in this series is that the power is capped," he says. "I don't think people have fathomed that that is such a huge thing. If you are in F1 and the MGU-H has unlimited development and you're Mercedes you keep going and going and going, and if you're Honda you're always trying to catch up. 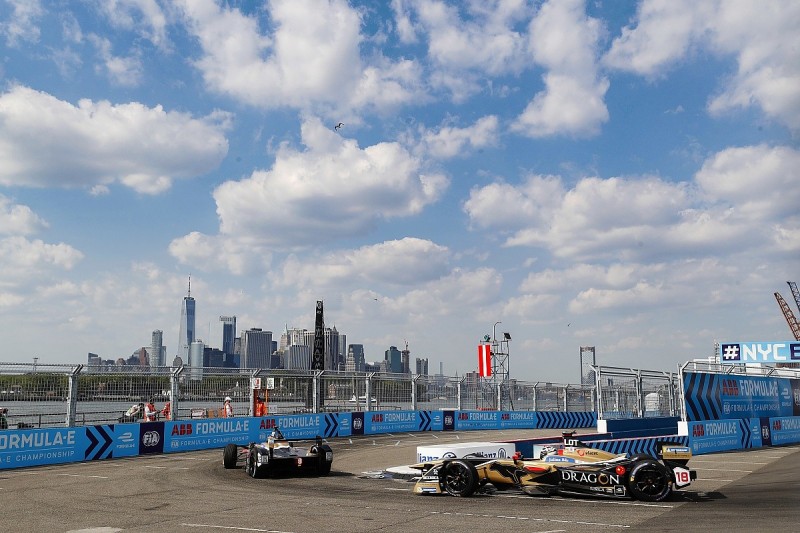 "In this series, at least in qualifying, you all have the same peak power and you should be able to be with the other guy, and if your driver is great and you do a good job you should be able to deliver pole. Maybe you won't survive in the race, because your energy and stuff can't handle it over the race distance.

"This is the only series in the world where the power is capped. I'm 100% sure that that's a huge parameter that allowed us to compete."

Despite having no manufacturer affiliation, Techeetah was able to buy a complete powertrain - motor, inverter and gearbox - off the shelf from Renault. And not only did Renault have to supply any potential customers, the amount it charges had to be affordable (a low six-figure amount).

This means for a small organisation like Techeetah, which is not much bigger than a frontrunning Formula 2 operation, the limited resource it has can be more focused on maximising efficiencies - the essential element in electric-racing success.

Techeetah commercial director Keith Smout, another F1 veteran with the likes of BAR, has sensed the team is on a massive upward trajectory in terms of its ability to attract sponsors: "The advantage that we have is the sustainable nature of our sport," he says.

"We can approach companies on two levels. One is traditional marketing and sponsorship, the other is the CSR [corporate social responsibility], and we have a real ability to go after those budget areas. And it's genuine. It's not that we say we are green, we actually are green. I watch what's going on in F1 and I see us in a better space."

Techeetah is owned by SECA CMC, which is also an investor in the series itself. It owns numerous sports rights in China, including the NBA, NHL and ATP, and sees all these as well as Formula E as key parts of its portfolio.

"They want to unlock the market in China for Chinese companies to go out internationally and vice versa, and they see the team as a perfect conduit for that," Smout adds. "They also want to look to the development of Chinese drivers.

"The Chinese like to win, and we like the David-v-Goliath attitude. Not since I was at BAR have I had a company call me and then convert that into a deal, and that's happened [this season] since we've been in first place."

It's a remarkable story, one with echoes of Leicester City's improbable run to the Premier League title three seasons ago. Just as Leicester was able to kick on, and have a good run in the Champions League a year later, it's time for Techeetah to take another step forwards.

When the team was launched in 2016, taking over the disbanded Team Aguri, its stated aim was to attract a manufacturer deal.

Stay tuned in the coming days, and all will be revealed for the next step in this extraordinary story... 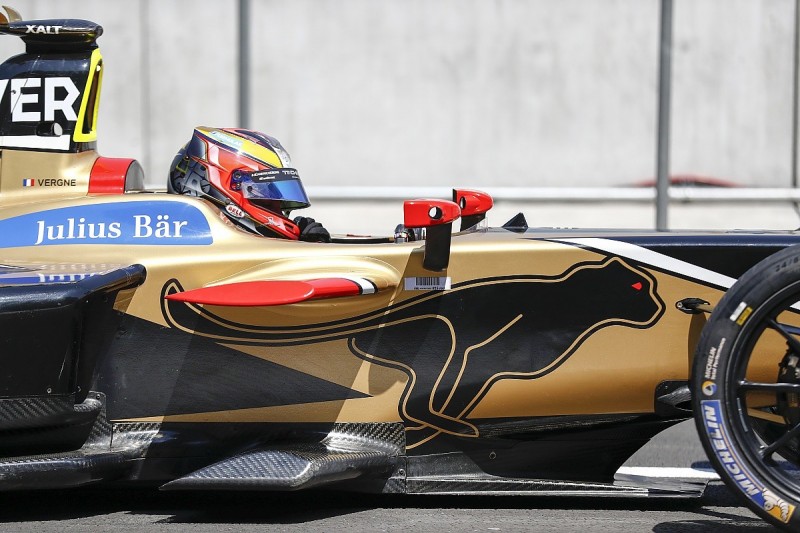