Robin Frijns has re-signed with Envision Virgin Racing to contest a fourth-straight Formula E season for the Audi powertrain customer squad in 2022.

This follows two podiums, finishing second in both the Diriyah and Monaco E-Prix, but his lofty position puts him in the unfavoured first qualifying group for the Tempelhof Airport event.

After two seasons at Andretti Autosport, Frijns moved to EVR as team-mate to Sam Bird for the 2018-19 campaign and scored wins in the Paris and New York City rounds.

Frijns has now agreed a new deal to remain at EVR for the final year of the Gen2 regulations.

He said: “I am very happy to stay at Envision Virgin Racing for another season.

“We have a great car and a very talented, dedicated team who are doing a phenomenal job. "

EVR leads the teams’ title race over Mercedes and is on course to beat the factory Audi team - which will quit the series after the German round - for a third consecutive term.

The privateer squad will continue to run Audi powertrains for 2022 and is expected to agree another customer engine deal should it remain for the Gen3 rules cycle starting in 2022-23. 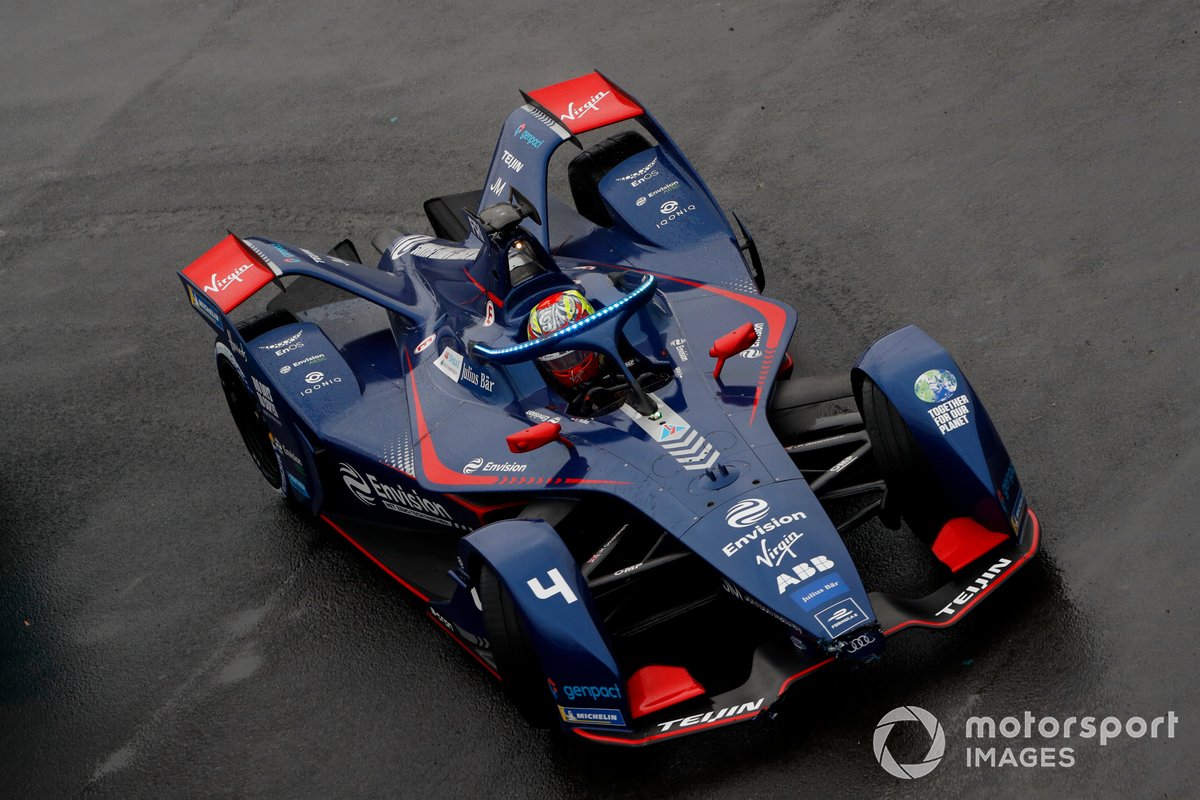 EVR managing director and chief technical officer Sylvain Filippi added: “Retaining Robin was a clear and a natural choice for us.

“He has achieved a lot but has a lot of potential still, and we’re thrilled to have him in the team for another season and see what he can deliver in the next couple of races and, of course, next year.

“Robin has proven himself time and time again during the years he has competed with us.

“He is an integral part of our team and has a great relationship with everyone here.

“That, combined with his mature approach to racing and his strategic thinking, has resulted in a very solid performance on track which has contributed enormously to the team’s success.”

After Bird’s move to Jaguar Racing on a multi-year deal for 2021, Super GT and Super Formula champion Nick Cassidy was signed alongside Frijns for this season.

This followed his record-breaking lap in the 2020 Marrakech rookie Formula E test in which he topped the times by 0.5 seconds.

In reference to Cassidy, who sits seventh in the standings, Frijns added: “Having Nick in the team is great too - we work very well together and complement each other.

“The level of skill on the Formula E grid is incredibly high and this championship gets tougher every year, so you definitely need the best team around you to succeed.

“But I think that, overall, we’re in a very strong position heading into the last two races of this year and into [2022].”

Franz Jung,chairman of the board at Envision Virgin Racing, said: “[Frijns] is a perfect fit for the team and keeping him onboard will also provide important stability and continuity for the future.”

New York City E-Prix: da Costa on pole as Cassidy sent to back of grid