The Nissan e.dams Formula E team has a “very good” shortlist of drivers to replace Oliver Rowland and will announce the new signing before the end of the season.

One-time race winner Rowland, who joined the team as it rebranded from Renault for the 2018-19 season, will move on after the Berlin double-header finale in mid-August.

He currently lies 16th in the drivers’ standings, four places ahead of champion team-mate Sebastien Buemi, but argues he would be in title contention were it not for a penalty while leading in Rome and retiring from second place in the Valencia energy debacle race.

As the team acknowledged Rowland’s exit for the first time at the London E-Prix, Nissan global motorsports director Tommaso Volpe told Autosport: “It's always sad to see someone that has grown with you then leave.

“But at some point, a personal decision is made by the driver, and you need to accept it.”

Ex-Formula 1 drivers Alex Albon and Daniil Kvyat are believed to be on the shortlist of drivers ready to replace Rowland in time for 2022.

Rowland was drafted in to replace Albon, who had signed for Nissan e.dams for the 2018-19 season, after the Anglo-Thai driver was belatedly called up by Toro Rosso as team-mate to Kvyat. 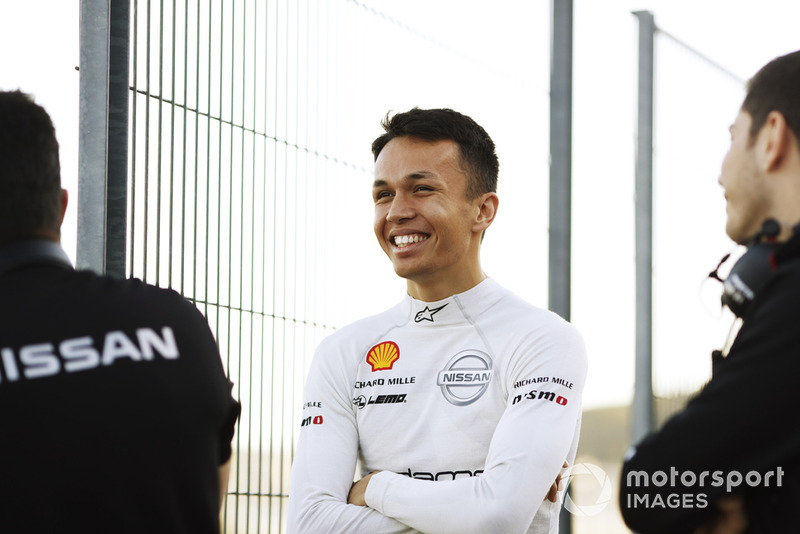 London E-Prix victor Alex Lynn, who Rowland is due to replace at Mahindra Racing, is also believed to be in contention for the Nissan e.dams seat.

But Volpe insisted no final decision had been made for Buemi’s partner but wanted to get the deal in place ahead of the end of the season, which takes place across the 14-15 August weekend.

The former Infiniti Formula 1 boss said: “We haven't taken a decision yet, which is the truth.

“The reason why we haven't taken a decision is not because we don't have options.

“We have very good options, actually.

“But we just want to take a little bit more time to be sure we take the right decision.

“This is the period of the year when you have different conversations going on.

“We want to confirm the driver line up before the end of the season.

“So, if we finally make a decision in this sense, ideally, we will definitely make it public the day after we took the decision.”

While Volpe remained publicly coy over the drivers on his radar, he did outline the qualities needed in a replacement for Rowland.

He said: “We don't look only for a fast driver.

“We actually look for someone who can melt well with the team, with Seb.

“[We want] a mature driver. Not in terms of age, but not someone that comes and drives the car and then he goes home.

“Of the drivers we have in mind, we are quite lucky to have the opportunity.”