Robin Frijns has been shuffled out of the team as BMW ups its involvement ahead of its Andretti-run factory FE entry in the 2018/19 season.

The driver decision is complicated by the DTM not announcing its 2018 calendar yet, but one option would be to run Blomqvist in the opening few races before bringing Sims in once the German tin-top category kicks off next year's campaign.

FE teams can change drivers twice in a season without sanction, but not in the final three events unless it is deemed force majeure.

Reverting to the driver named on the season's entry list would not be a considered one of those driver changes.

Andretti team principal Roger Griffiths told Autosport he had approached the Valencia test "without even considering this is a shootout between two drivers".

"There's a lot of things we've got to factor in and it'll probably be a week or two before we say 'these are our conclusions'," he said.

"We've not come into this test with any preconceived ideas of who may or may not be in the car."

Sims won the GT division of the Petit Le Mans IMSA season finale last weekend, and has completed several days of testing in his role as Andretti development/reserve driver over the last year.

Blomqvist had a brief run in the car before Valencia, but has less experience and has entered the FE picture late.

Both drivers told Autosport they would be interested in sharing the season.

"BMW are not short-sighted, they know that to come here and do a test day is not a true representation of your performance in a Formula E car," said Blomqvist.

"Of course I would love to do the whole season, that would be amazing. "Whether or not they share it, if we do races that don't clash, however it works out, we have to see.

"If I was to come in later, you're going to feel like you're on the backfoot because you've missed races.

"It's more difficult as a driver, but if you do a good job it's an extra opportunity in a way." 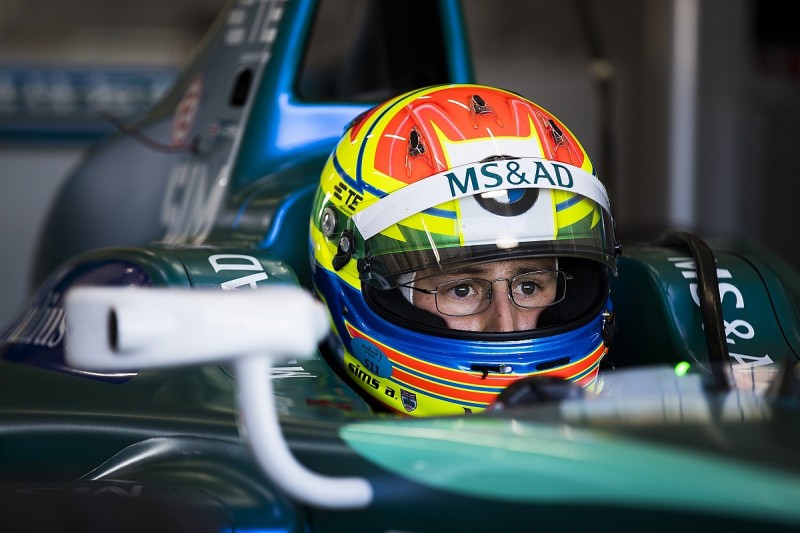 Sims admitted his first appearance in an official pre-season test made it look like he was "a little closer to a drive" than before but the 2008 McLaren Autosport BRDC Award winner said "I honestly don't know what the decision is".

"We're doing all the work so if it's me, if it's Tom, we have some experience of what we need to know," he said.

"If you're offered any races, you'd take it.

"I've got a contract for next year, but whether there's FE as well or not... I'd love to do it, but I'm not desperate [for a decision].

"It'll sort itself out."