Massa is in his debut FE season and scored his first podium in the Monaco E-Prix, lifting off in the last "150 metres" after running out of energy while defending from a sustained attack by Mahindra Racing's Pascal Wehrlein.

The ex-Formula 1 driver began the campaign by failing to score in the first three races before going on a run of taking points in five of the last six races.

Asked ahead of the Berlin E-Prix if he felt the benefit of his Monaco podium, Massa told Autosport: "I think it's just [that I'm] growing [in momentum] and getting better race-by-race, understanding the championship, the car, the energy driving.

"I think experience is very important in Formula E. I'm getting there, and there are still many things to learn, but it's getting better and a little bit more automatic for me."

Massa's Monaco podium drive was arguably his strongest showing in FE to date. 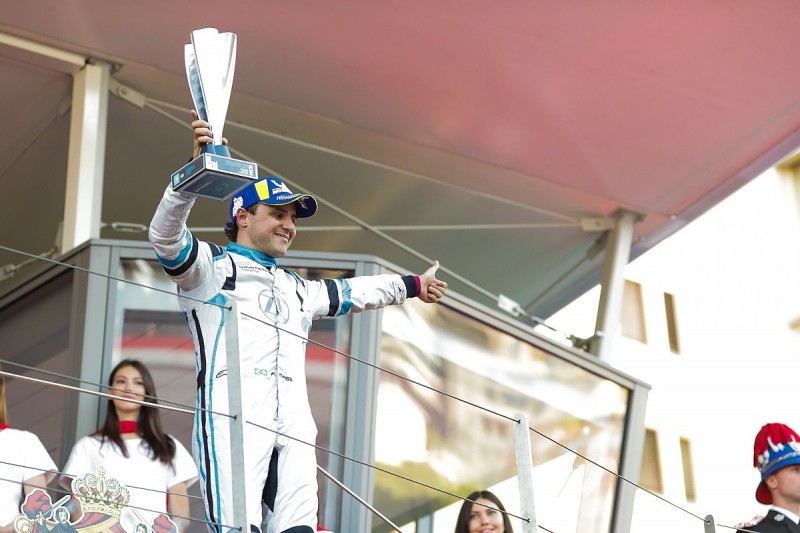 Monaco was a rare case of energy-saving in a season dominated by flat-out races that have been encouraged by the new race format and the more efficient Gen2 car.

The problem has been exacerbated by races that are suspended or interrupted following contact or crashes, reducing the need to save energy.

Asked if the energy-saving Monaco race played a key role in Massa finding driving in FE more "automatic", he said: "Sure.

"I managed to save the battery in the right way and even finished the last 150 metres without [energy].

"If you do the best you can, that's the right way to use it. I'm starting to understand how to calculate the speed and the pace and the numbers and when [to] go high [push]."

Massa endured a messy race last time out in Berlin, clipping the walls on several occasions during qualifying and the race on his way to a 15th place finish.