Mitch Evans “almost didn’t need a steering wheel” due to low grip in the New York City E-Prix prior to his “unacceptable railway line” crash that cost Jaguar a 1-2.

The Kiwi missed out on pole to team-mate Sam Bird and then played rear-gunner to the Briton until two laps to go when he tagged the wall and critically damaged his suspension.

While Evans was able to continue with the broken left-rear corner and initially only fell to sixth, a complete component failure on the final lap relegated him from runner-up to 13th.

The erstwhile Jaguar Racing driver, who victor Bird credited as the “Jack Grealish” to his “Harry Kane”, reckoned he had the pace and energy to match his stablemate early on.

Evans told Autosport: “I feel like I had the edge on Sam today and he just did a better job when it counted. It's as simple as that.

“I was up on energy compared to Sam.

“I felt a bit quicker just generally and then I just started hitting a cliff on the rear tyre.”

Evans began to fall into the clutches of chasing Envision Virgin Racing rookie Nick Cassidy, who would pass when Evans damaged his car, as the balance aboard his I-Type 5 went awry.

This left Evans feeling that he “didn’t need a steering wheel” because he could just back the rear end of the car into the corner due to the fading rear tyres.

Evans continued: “I almost didn’t need a steering wheel because the thing was rotating so much.

“I was trying with all the tools I've got to calm the rear. But it was too far past the point.” 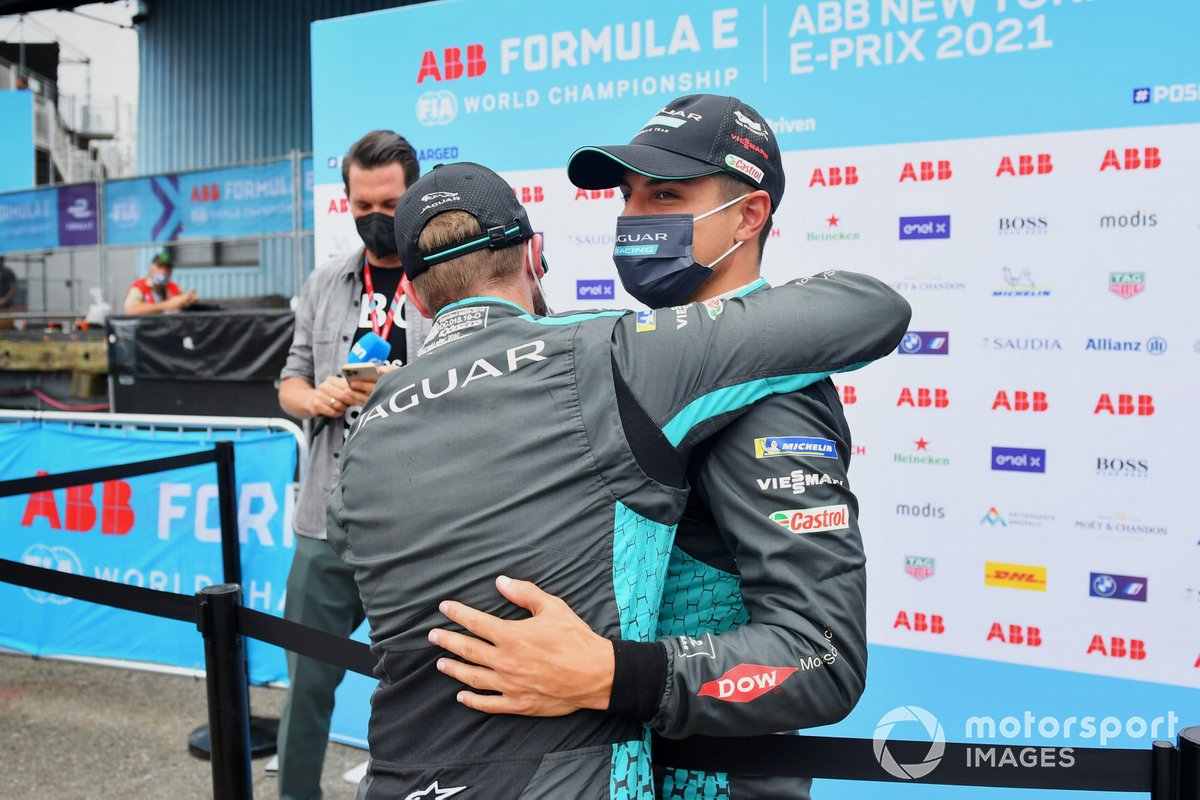 Evans then ran wide at Turn 6 on the penultimate lap onto the marbles, which he reckoned had pulled him like “railway line” into the wall on the corner exit to cause the damage.

A dejected Evans took full responsibility for what he termed to be an “unacceptable” mistake.

He said: "I feel like I really let the team down.

“A 1-2 is special for any team and to let everyone down like that with a few laps to go is a really awful feeling.

“I've got nowhere to hide with that one. I have to swallow it.

“When you're solely responsible for it, it's really shit.”

Evans reckoned the car then begun to “fall over” in the right-handed corners, despite his surprise in being able to continue after what he thought was initially a “terminal” impact.

He added: “The damage had been done. I just was trying to salvage something for the team.

"When you get the opportunity to start like that and you make an error, it's unacceptable in my eyes."