Mitch Evans says that his energy management concerns from the Monaco E-Prix were due to an exaggerated slipstream effect, which allowed his rivals to consume less energy over the race.

After qualifying on pole for the race around the Monte Carlo circuit, Evans began to lose pace with the cars behind him as, despite his best efforts to save energy in the opening array of laps, he began to overconsume - an eventuality which surprised the New Zealander.

Evans was able to finish second, having dropped into the pack and was able to reduce the energy deficit to his rivals as he was able to capture the tow from winner Stoffel Vandoorne ahead.

Reflecting on the race, Evans said that the nature of Monaco compared to his breakaway performances in Rome contrived to help the other cars follow more easily, allowing them to claim a greater level of slipstream and thus consume less energy.

"What caused the outcome, I think, was we just underestimated the tow effect to be honest, it was kind of simple as that," Evans recalled.

"My balance was fine, I had good minimum speeds, but just the guys could tow behind me. And it's just, at different tracks you can get away with it. Rome, I could get away with it, because the nature of the track, you can breakaway if you've got a good car speed.

"Monaco it's a bit easier to follow. And where it is in the in the front of the energy curve, that's super steep. The coasting phase is very long. With a slightly shorter coasting phase. So you can sort of get in and out a little bit easier into the corners.

"And plus just the nature of the track, you know, creates a bit of a velodrome effect that everyone could just lift a little bit earlier and still catch up to me." 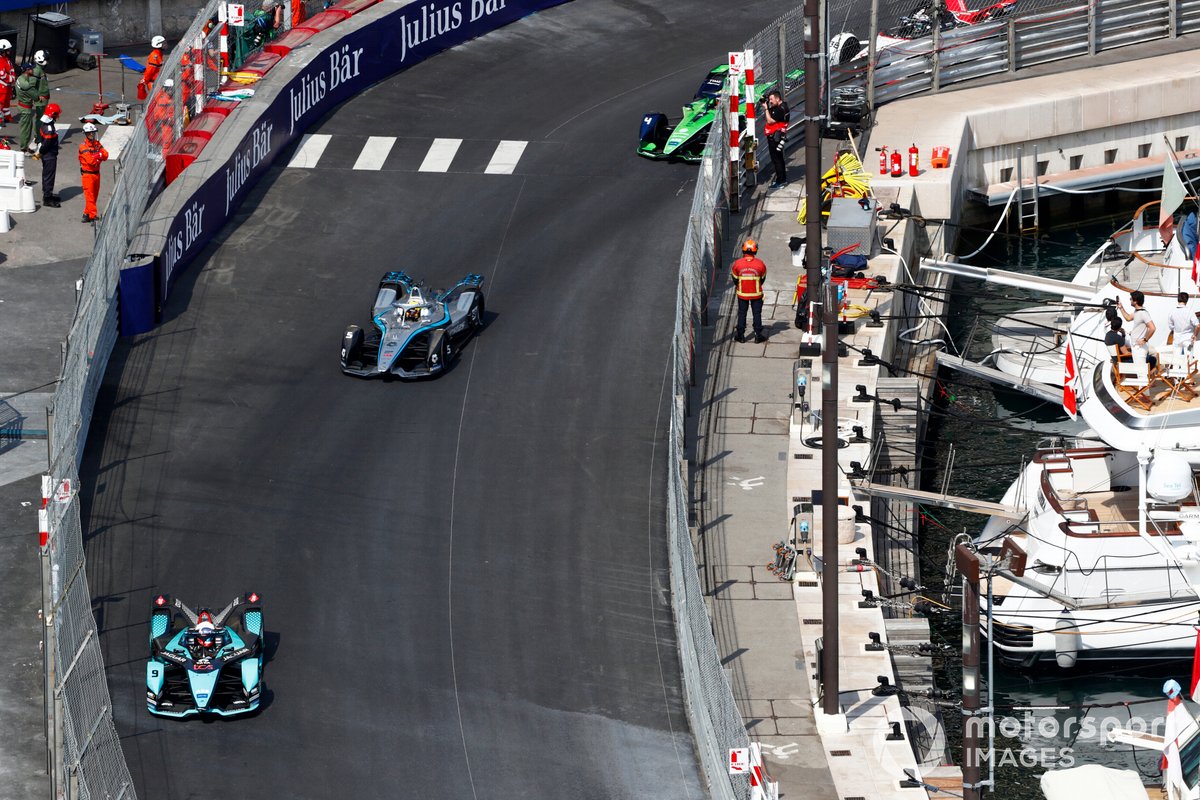 Evans explained that the energy deficit he was facing on each lap meant that, at one stage in the race, he was almost half a lap's worth of energy down on Vandoorne.

He also explained that, once the teams had all seen the initial energy levels of each car after the opening stages of the race, his chances of victory were already compromised before Jaguar could react.

"It's just little bits here and it was just adding up, by that stage I'm pushing everyone. And that's where the energy deficit came.

"So as soon as I got out of the lead, I recovered my energy to what Stoff had. He was two percent up on me at one point which around there is massive, it's half-a-lap difference.

"Then I equalised at the end; I wasn't doing anything different, it was like a peloton effect in cycling. So there was nothing really wrong, so I was a bit confused during the race, but I think we just yet underestimated the effects of it.

"Once we got the energy levels quite late, you know, then we had to react but it was still a little bit too late. My race has been compromised by that. Still, finishing second in the situation we were put in was not too bad."

How Formula E's path to Gen3 and beyond reflects its ambition