Philipp Eng says he has "no hard feelings" about missing out on a BMW Formula E seat, but hasn't given up on racing in the electric series in the future

Eng, Lucas Auer and Marco Wittmann were some of the DTM drivers that had tested the BMW iFE.20 as the German marque evaluated a replacement for Alexander Sims following his move to Mahindra Racing.

It had been suggested that BMW may hand the seat alongside Maximilian Guenther to one of its six DTM drivers at a time when its factory participation in the series was coming to an end.

But BMW announced late last month that it had signed R-Motorsport's Jake Dennis for Formula E's seventh season, having been impressed by his speed in private testing as well as in the simulator.

PLUS: How an overlooked talent has finally earned his dues in Formula E

Asked if he was disappointed to have been passed over by BMW, Eng said: '"First of all I think Jake Dennis fully deserves the race seat in Formula E.

"Of course, I would have liked to race there as well, but it just didn't work out. No hard feelings. Nothing was promised to me so there is nothing to be disappointed about.

"I'm still young, I'm 30 now so the Formula E topic is still in my radar. God knows, maybe in the future I will be one of the racing drivers [in FE]. 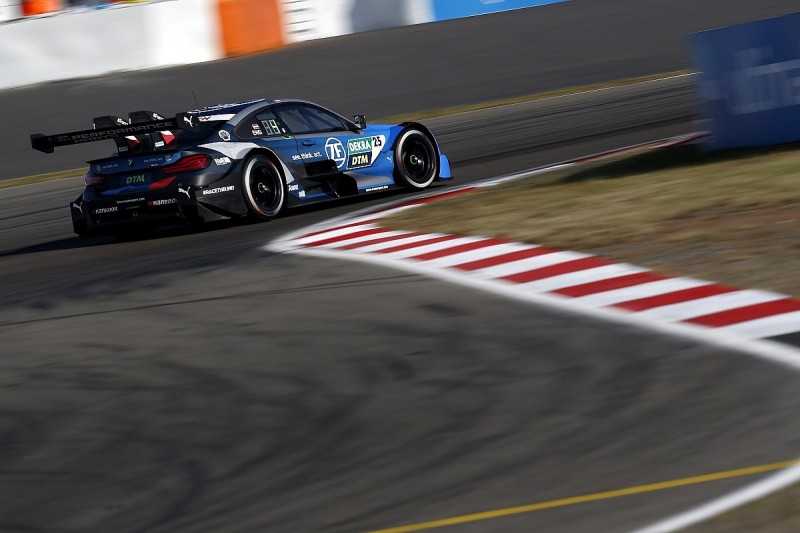 "I got the news before the announcement which was also very nice from BMW. no hard feelings. I'm really happy about all the opportunities I got from BMW and am still getting, so all good."

But the Austrian driver said he never entered into serious conversations with BMW about a Formula E drive for next season.

"Regarding Formula E, I did the rookie test, I did a bit of simulator, but we never had deep talks about it," said Auer.

"So for me also there wasn't any importance doing Formula E or anything because my full focus is DTM, and not so much more [to add].

"Although Formula E is interesting for sure, there was never the deep talks for me that [BMW] had to inform me or anything."