Blomqvist has limited experience in the championship already, having contested six races for the Andretti squad in the 2017-18 season.

He was then called up by Jaguar Racing from his reserve driver role to replace James Calado for the final double-header in Berlin last season, with Calado facing a World Endurance Championship clash.

From his eight FE races, Blomqvist scored a best result of eighth on his series debut in the 2018 Marrakech E-Prix.

The 26-year-old Briton said: "I am extremely happy to be joining NIO 333 for the 2021 FIA Formula E World Championship season and cannot wait to get started with the team.

"I'm very grateful for the opportunity and the trust that the team has placed in me, and I can't wait to repay them with success on track."

Blomqvist has already tested the NIO 333 machine alongside Turvey as part of a nine-day and 1700-mile private programme.

The former BMW DTM driver replaces Daniel Abt at the British-Chinese outfit, with Abt himself a replacement for Ma Qinghua, who could not take part in Berlin due to travel restrictions.

That call up permitted Abt to maintain his 100% FE start record, with the German sacked by Audi for having a professional sim racer take his place during an Esports competition.

With the rebranded 'Dragon/Penkse Autosport' squad expected to continue with 2020 DTM runner-up Nico Muller next season and Mahindra Racing likely to retain Alex Lynn, Abt is set to exit FE. 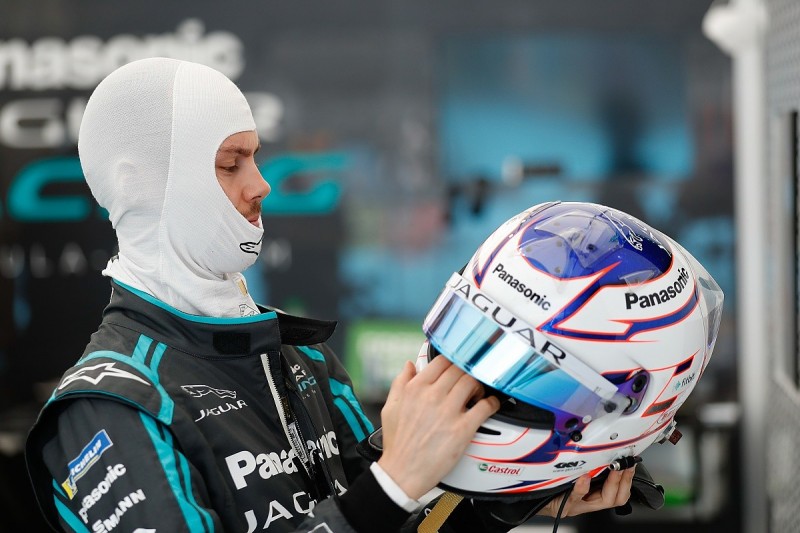 PLUS: The master plan to turn around FE's perennial struggler

Blomqvist continued: "To be back in Formula E full-time is fantastic as the series has gone from strength to strength over the years and I feel very proud to be back on the grid for season seven.

"It has been great to get to know the team recently and build those relationships - together we are all highly motivated for the season ahead and the positive atmosphere is brilliant to be a part of."

NIO 333 has also unveiled its revised livery for the 2020-21 campaign and will homologate a new powertrain to be carried for two seasons.

Lisheng Racing bought the team on the eve of last season, with the brief lead up time dictating the car use an Integral Powertrain set-up - which shared components with the Dragon machine.

The two teams ranked bottom, with Dragon gaining one points finish and NIO 333 failing to score across the 11 races. Turvey did, however, progress to the superpole shootout for the Santiago E-Prix

Team principal Christian Silk added: "Tom returns to the FIA Formula E Championship with a wealth of motorsport experience behind him, including recent outings in 2020 endurance racing.

"We have a quick and experienced driving pairing now, with Oliver [Turvey] continuing with us for his sixth consecutive full season, and I am confident that the pairing shall be a successful one."