The introduction of FE's new Gen2 car has opened up development opportunities with the car's rear braking system, with its key characteristics now handled electronically.

It was understood that DS had developed its own brake-by-wire system for Techeetah, diverging from the majority of the field - most teams purchase the same mechanical components off the shelf.

The manufacturer confirmed this in Marrakech, and DS technical director Xavier Mestelan Pinon revealed the system is a development of the arrangement used by Citroen - of which the DS marque is an off-shoot - on its WRC programme in 2003 and '04.

"We design our own brake-by-wire system," said Mestelan Pinon, "and yes - it works very well!

"We do it ourselves because we've had the experience from the past, and because we consider it an advantage.

"But this meant we had a lot of experience from a system like this, [although] it's still very challenging to do our own brake by wire system." 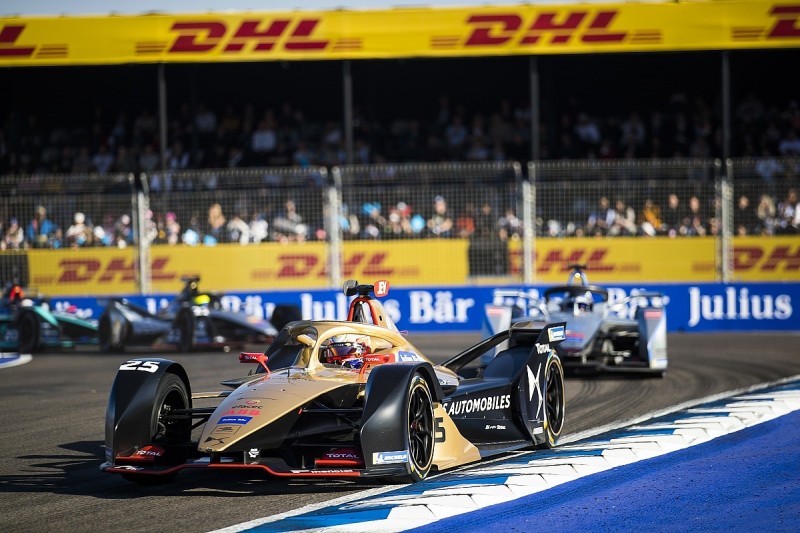 Mestelan Pinon downplayed the effectiveness of the system, suggesting that although it was helpful, the device was not the primary reason for Techeetah's strong pace at the first two rounds of the season.

"A lot of people speak about it, but I know how the car works, and I know where we took some risk and it's not on this point."

A second team - believed to be Mahindra - is also strongly rumoured to have produced its own brake-by-wire components instead of the off-the-peg system supplied by German company LSP.

Jaguar Racing's technical manager Phil Charles - whose outfit is understood to be one of the teams running with the customer braking system - suggested that although a tailor-made brake-by-wire can offer benefits mechanically, the software behind its operation offers plenty of performance gains.

"It's true that the mechanical system of the brake-by-wire can provide a return," said Charles, "[in areas] such as delaying response and ramp rate on brake pressure application.

"But the mapping and software around brake-by-wire is also a very open playing field.

"So you might see that one team has got a super brake-by-wire configuration in a mechanical aspect, or they could have done a really good job on the mapping and software solution.

"What's probably the case is that the teams you hear about have kicked off their programmes early and really worked hard on it - then it returns [results] for you."

Why complaints about Verstappen's punishment are wrong