Lucas di Grassi says victory at the head of an Audi 1-2 in Puebla underlines his frustration that the manufacturer will quit Formula E at the end of the season.

The 2016-17 champion claimed the win when on-the-road victor Pascal Wehrlein was disqualified after Porsche failed to specify its tyre allocation on the car’s technical passport.

Di Grassi had lined up eighth but charged to second place ahead of team-mate Rene Rast.

It marked a maiden win for the Audi e-tron FE07, which uses the first powertrain developed in-house by the marque - with previous iterations led by technical partner Schaeffler.

With Audi, and BMW, set to exit Formula E at the close of the campaign, di Grassi reckoned the potential for the promising powertrain to go undeveloped left him ‘very frustrated’.

When asked by Autosport if the win in Mexico, his and the team’s first triumph since Berlin in 2019, was somewhat bittersweet, the Brazilian said: “To be fully honest with you, it's very frustrating that Audi is leaving this season.

“If Audi would have left next season, season eight, I would understand because it's the same powertrain.

“We worked so hard in season five and six to develop a new powertrain. This is the first powertrain that was fully developed by Audi from scratch in-house.

“We did a lot of work, we put a lot of effort and we developed a winning car.

“For Audi to leave, considering that next year will be exactly the same powertrain and we'll have a winning powertrain again, it's very frustrating.” 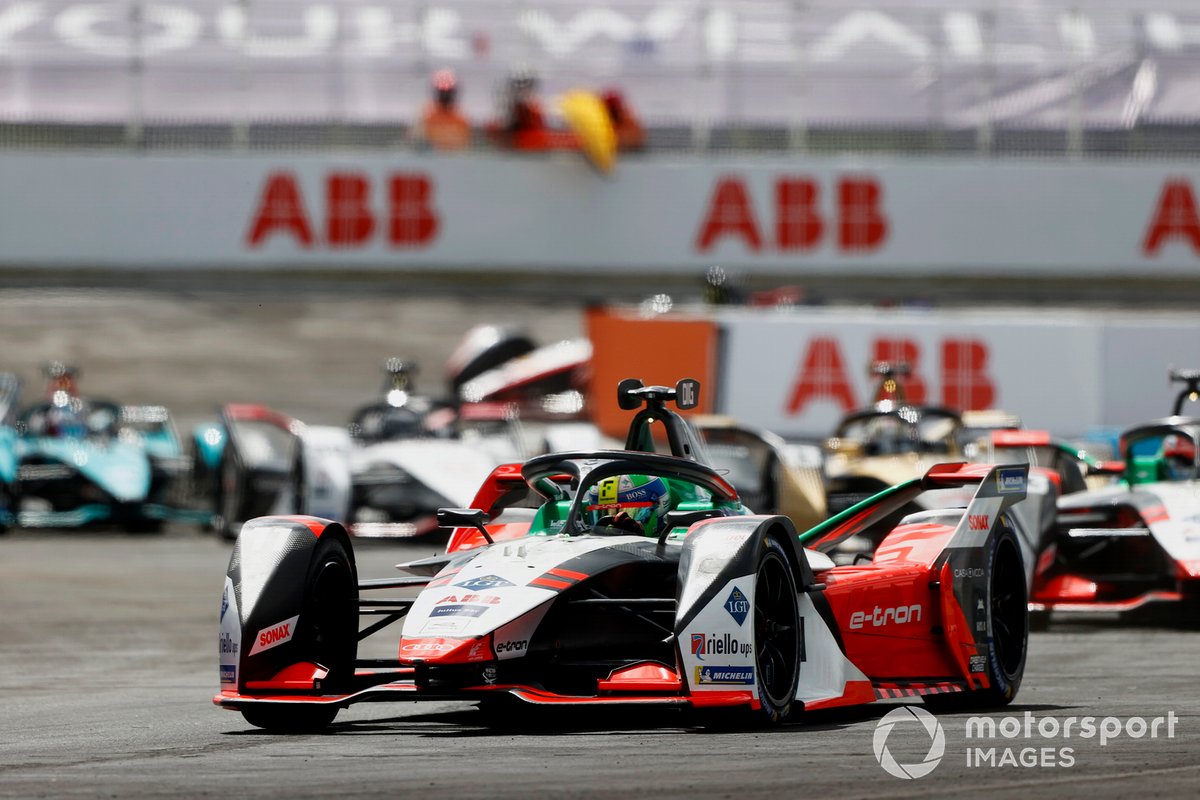 While customer team Envision Virgin Racing will continue to use the FE07 machine through the 2021-22 campaign, the last of the Gen2 era, it will not receive factory upgrades.

Di Grassi added that the timing of Audi’s exit, during a period of rules stability, had also hampered his negotiation position to remain in the championship with a large portion of the drivers contracted until the advent of the Gen3 regulations in 2022-23.

He told Autosport: “For me, it puts me in a very difficult situation. It’s a transition year.

“I have good offers for the next generation but most of the good teams are already tied with drivers for next season.

“So it was really, really unfortunate, but my future lies in Formula E. It makes no sense go anywhere else.”

When faced with the same question of a bittersweet sentiment, team principal Allan McNish told Autosport: “We step away as a team, but the car doesn't because of EVR.

"But at the same time, we've got to try to make sure we execute these sort of days more often.

"If we do that, then it might be more sweet than bitter.”