Lucas di Grassi admitted that his Mexico City E-Prix podium was unexpected, particularly as Mahindra went into the Formula E season with test days still in its allowance.

The team endured a difficult off-season, with cancelled tests restricting the amount of running it could do ahead of the Mexico opener while the ZF-designed Mahindra powertrain was also late in arriving.

Although performances in testing suggested that the team was not too far behind in terms of pace, the team was not able to optimise the running of its hardware, with di Grassi stating that the software running the car was "basic" and it had to make do with what it had.

Regardless, di Grassi secured pole position after capitalising from an error from race winner Jake Dennis, and defended hard to hold onto a third-place finish.

Asked to relay his feelings of standing on the podium at the Autodromo Hermanos Rodriguez, di Grassi said that the team had not been confident heading into the season, and was surprised to have joined the Porsche-powered cars of Dennis and Pascal Wehrlein on the podium.

"Nobody knew how the race was going to go, especially us because we still have one and a half of the test days available," said di Grassi.

"We received the powertrain very late. We were not confident at all coming here; the systems are super basic and there's so much potential left in the car that I was not expecting to be sitting here alongside Porsche. 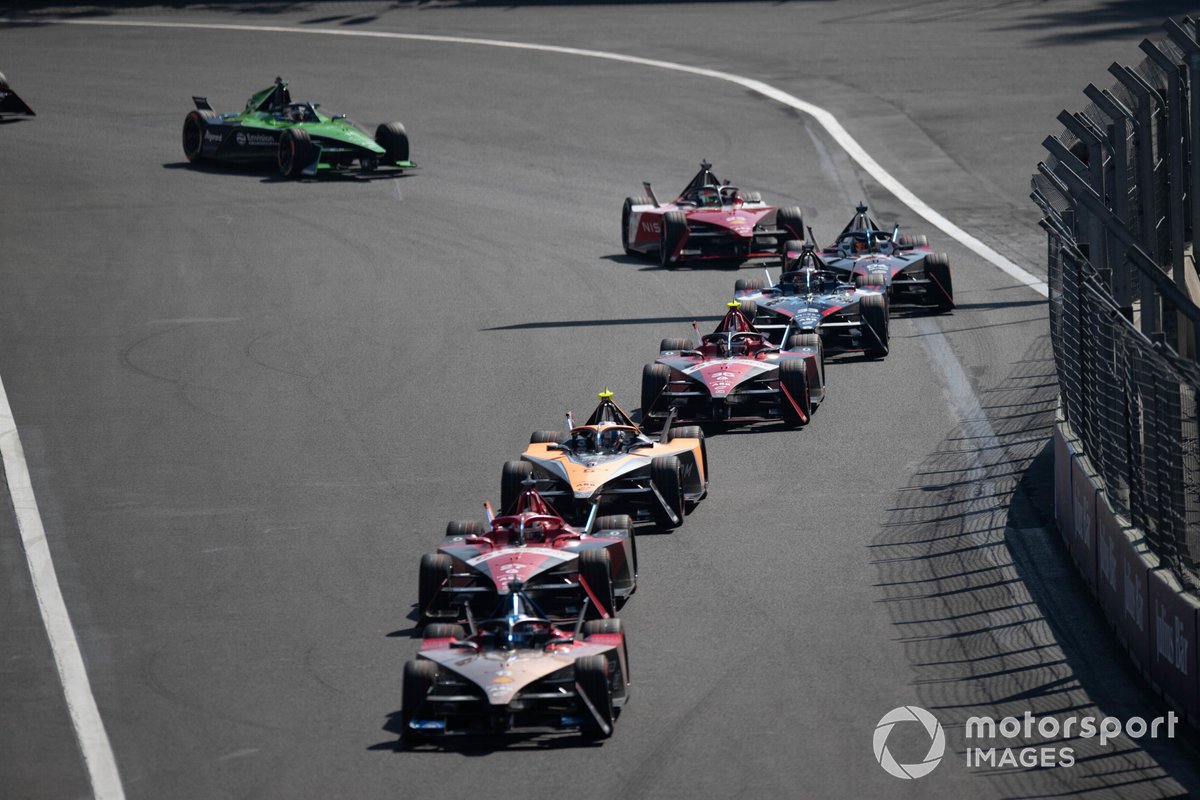 "The pole position, I think Jake was faster over one lap but he made a mistake so I'll take the three points for pole.

"In the race, I just struggled to manage my energy. I didn't have the slipstream so I couldn't manage my energy in the middle of the race. The car was very hard to drive, so I was just trying to put things together.

"But with the yellow flag I could save some energy, so I'm super happy to have a pole and a podium in my first race with the Gen3."

Di Grassi was confident that the powertrain itself had good efficiency, but once again noted that the systems operating the car and the set-up were not quite right for the race.

He added that he hoped that the Mexico race would be the hardest of the season.

"The powertrain has the efficiency, but it needs the systems of the car to be working together so it can regenerate when you brake in the right way without losing the balance. And then of course you need to be going as fast as possible.

"The set-up was not quite right, but if there was one race I could choose to be our hardest race of the season, it would be the first race.

"Mexico is super energy critical. We are not ready at all with our systems.

"So to achieve a podium shows our potential, and we can achieve more podiums, but there's still a lot for us to learn."