Lucas di Grassi says Formula E is “just made” for Monaco and the principality should feature every year after it showed the series “isn’t comparable” against ‘processional’ Formula 1.

The electric championship used the full grand prix circuit for the first time on Saturday.

An entertaining race included six overtakes for the lead with reigning champion Antonio Felix da Costa only passing for the eventual win on the final of the 26 laps.

Formula E ever-present di Grassi, who progressed from 17th to 10th for Audi, reckoned it was “correct” to say this had helped heal Formula E’s public image after the controversial end to the Valencia E-Prix in which only nine drivers were classified.

Di Grassi added that the race had shown Monaco could be a good circuit for overtaking, despite the sentiment held in F1, which produced a “procession” on the street track.

He told Autosport: "On the bigger picture, Formula E racing here showed that the show that we put on in a track like Monaco isn't comparable.

“We cannot compare this race with F1 in terms of overtakes, fights.

“F1 is more of a procession.

“The cars are incredibly fast, they're much faster, arguably even more difficult to drive.

"But the amount of show and amount of overtakes you have in Formula E, it's just made for this track.” 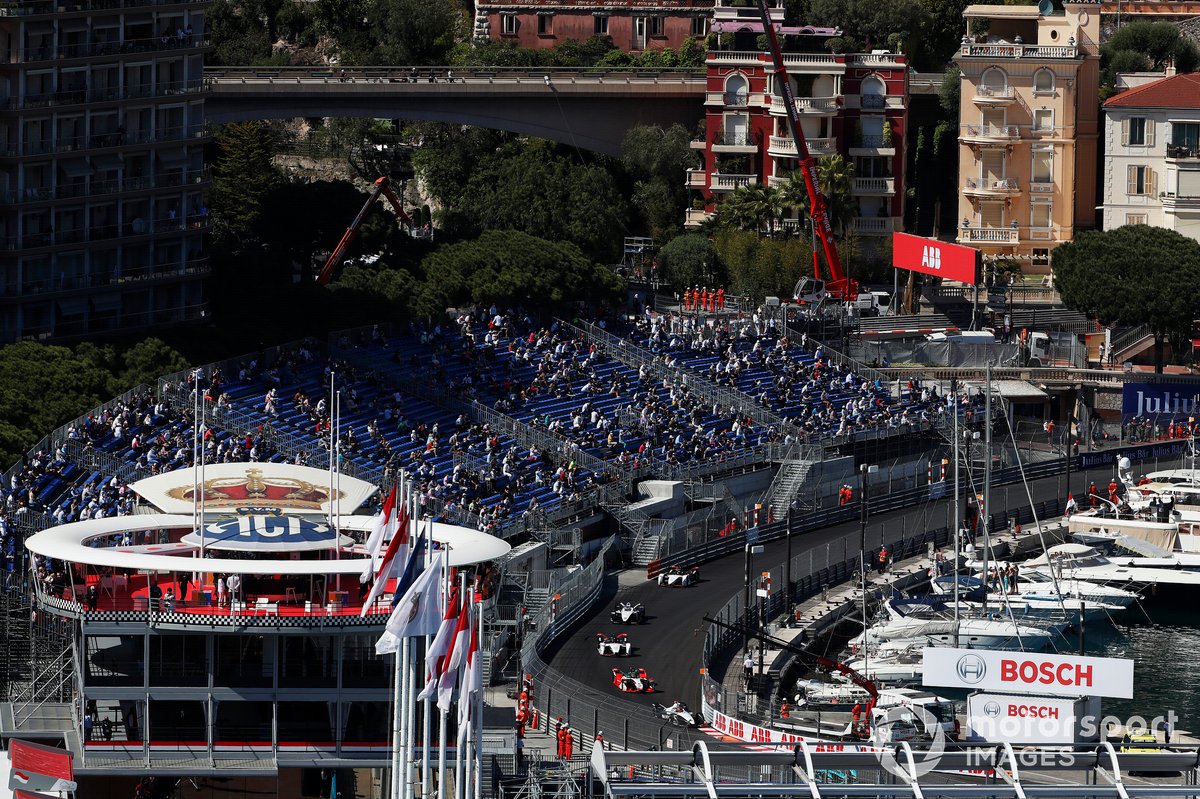 The Brazilian also lobbied for Monaco to become a permanent fixture on the Formula E schedule, the venue having traditionally alternated between hosting the Historic Grand Prix and Formula E on a biennial basis.

Di Grassi said: “For sure, the race was very spectacular, and people love it.

“I hope that the Prince [of Monaco, Albert] and the race organiser [Automobile Club de Monaco] and Formula E put us to race here every year because it was just amazing.

“Even with everything after the pandemic is gone next year or a little bit more in control, with more public it will be even better.”

Mitch Evans, whose late energy trouble dropped him to third on the line in Monaco, added that Formula E had returned “incredible racing” at the expense of lap times that were comparable to F1.

He said: “We’ve not been able to compare Formula E fairly to F1 or other categories that race on some of the tracks because we always race on very bespoke Formula E circuits.

“I’m sure everyone wanted to compare the lap times, we know it’s way off F1 times. But the return you get is incredible racing.

“The main proving point of doing the longer [Monaco] layout was to show that on a track where the other categories really struggle to have good races.

“I'm glad it turned out the way [it did] and put a really positive light on the championship.”