Newly-crowned Formula E champion Nyck de Vries has questioned the driving standards in Formula E, saying some of his rivals didn’t respect championship contenders on track in the Berlin E-Prix.

The Mercedes driver was involved in a number of tight battles throughout the 32-lap contest on the Tempelhof circuit and was lucky to avoid any serious damage to his car after several close calls.

This included a lengthy fight with the Mahindra of Alexander Sims for the final spot of the podium, before he made contact with the Porsche of Porsche Lotterer as they went three-wide alongside Stoffel Vandoorne on the run down to Turn 3.

After a brush with the barriers later on in the race, de Vries eventually crossed the line in eighth to become Formula E’s first title winner under its world championship era.

While naturally jubilant after clinching the crown in only his second season in Formula E, the Dutchman felt some of his on-track rivals ignored the fact that he was fighting for the championship, particularly hitting out at the way Sims was defending his position.

“I felt very disappointed with the driving standards out there,” said the 26-year-old. “I mean [it was like] they were not aware of the championship situation, so if that's how you drive with real championship contenders [it’s a shame].

“Yesterday was the same and today it beat itself. Frankly speaking, I was a little bit disappointed with that and that was my first reaction after the race because I felt like we could have finished higher up.

“I'm a racer. As you've seen today, I was not playing conservative, I wanted to race and to fight.

“You saw coming through the field we were super quick today, but I will no longer hide his name, Sims really needs to back off. Yesterday [Alex Lynn] gave us a puncture and today [Sims] was too aggressive, especially considering we are fighting for the championship.” 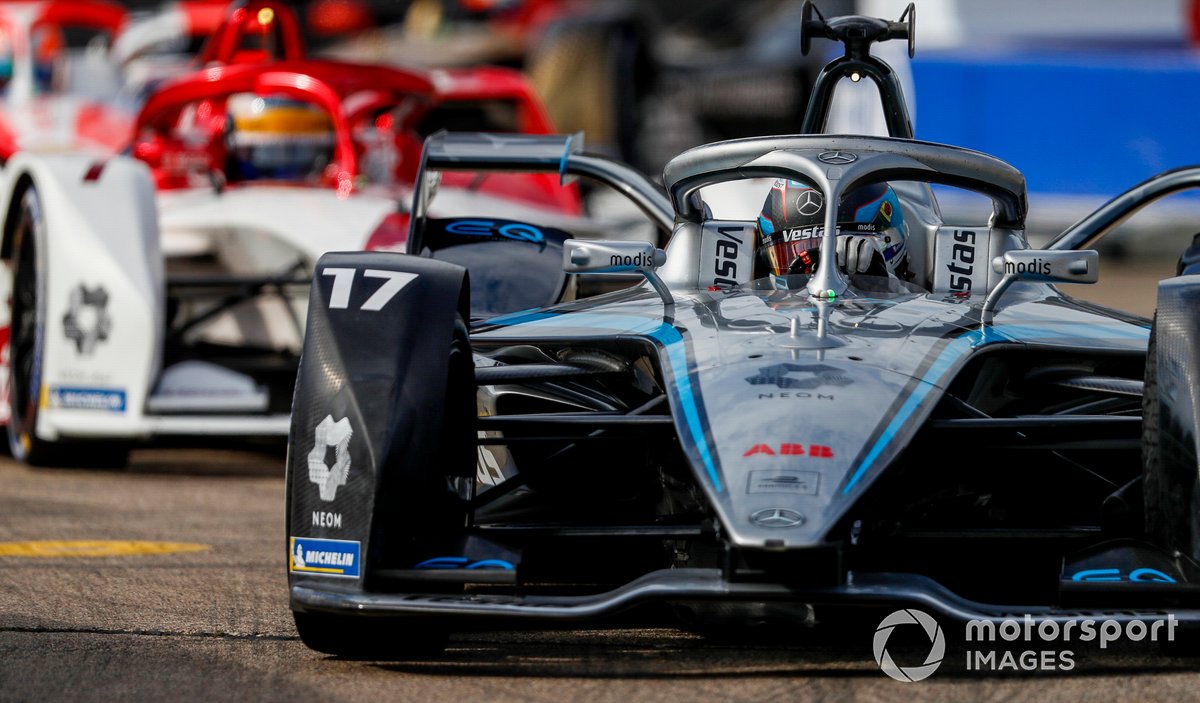 Although the drivers’ title for de Vries was effectively secured when three of his title contenders spectacularly retired in the opening laps of the race, Mercedes had to work hard to jump from fifth to first in the championship.

De Vries spent the final laps of the race fending off the DS Techeetah of Jean-Eric Vergne, before being pipped to seventh by a rapid Jaguar of Sam Bird.

The Dutchman revealed that it took him a while to realise that Mercedes had clinched the title after a miscommunication between him and his engineers over the team radio.

“Usually, I'm very calm on the radio but at some point with three laps to go they were informing me that the position [I was running in] was important ahead of JEV.

“So, I was like, 'please guys tell me' and they wouldn't answer, so I kind of raised my voice and eventually they gave me the response that it was required for the teams’ championship

“So, I was not informed and then JEV got involved in the end, he put his nose under my backend. So I was basically spinning the wheels in the air, not being able to come out of the control.

“And then Bird got me and I kind of thought we lost the teams' championship, so I was still eager to fight back in the rest of the lap but then I got told it's fine, ‘hold position’. So, I brought it home.

“So, I'm a little bit disappointed with that and that's why my reaction on the radio was 'did we win the teams' championship?' because I felt disappointed - because I'm a racer and I felt we did an extremely strong race and to lose out in an unfair manner [would have been sad].”