Antonio Felix da Costa reckons he would only leave Formula E next season if “somebody really fucked up” amid the current financial uncertainty at his Techeetah team.

The Portuguese has won the Monaco E-Prix, at Interlagos during a Brazilian Stock Car cameo and for JOTA in the LMP2 class of the World Endurance Championship this year.

But speculation that the defending champion could turn to IndyCar following a maiden series test for Rahal Letterman Lanigan at Barber Motorsports Park last November persists.

This follows da Costa telling Autosport that he “would love to race IndyCar" after leaving the test “even more curious to have a go in one of these things in an actual race”.

However, da Costa has reaffirmed his commitment to the electric series, where he currently sits third in the standings for DS Techeetah.

After progressing from 11th to sixth in the opening race of the Puebla E-Prix, he told Autsoport: “I'm loving Formula E right now.

“[Saturday's] race was another that was so much fun, man.

“I was having so much fun in the car and you're fighting Le Mans winners, DTM champions, Formula E champions, ex-Formula 1 drivers.

“The quality on this grid is just unreal. And I love it.

“My plan is to be here and help this championship keep on growing, keep on getting successful, be a part of it, be a part of the sustainability message.

“So, if I'm not here next year, it's because somebody really fucked up.”

This comes against a background of an uncertain few days for the two-time title-winning Techeetah race team, which is partnered with DS Automobiles - the Stellantis group member having already pledged its commitment to the Gen3 rules starting 2022-23. 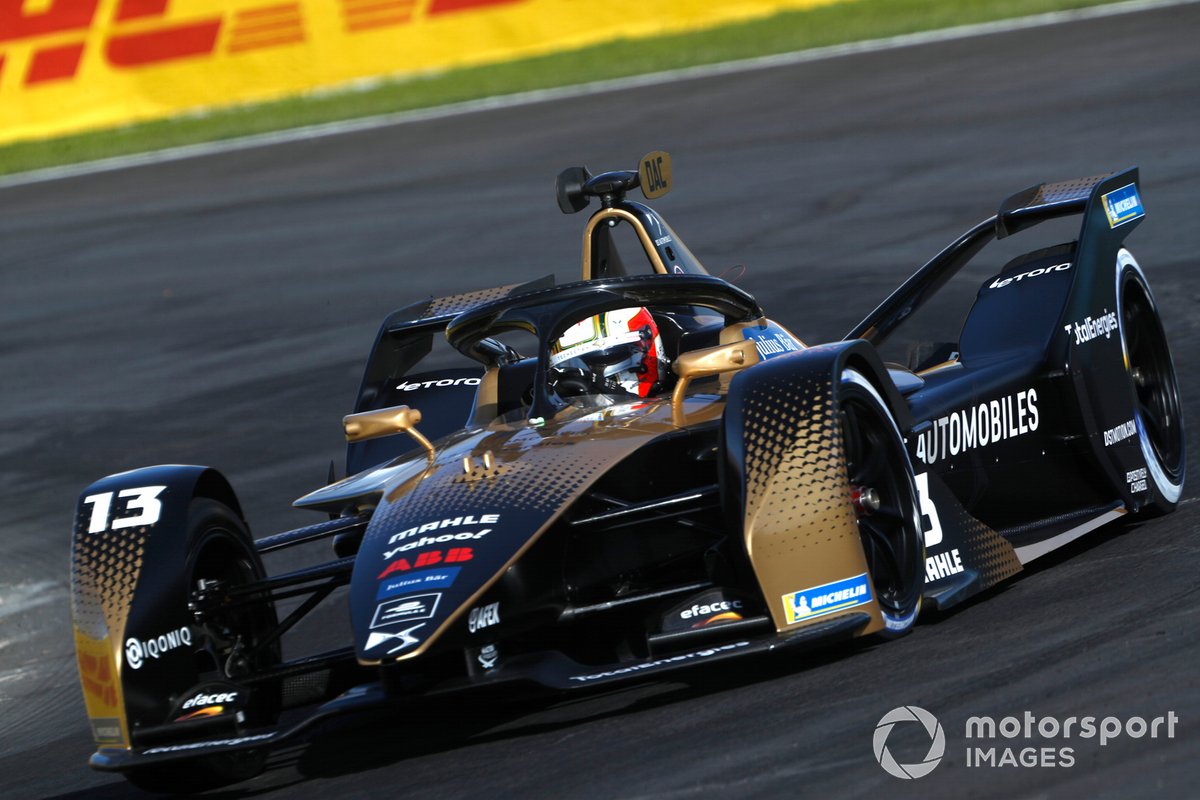 Sheng Li, the chief executive officer behind race team owner Seca, and an investor in Extreme E, is believed to be looking for investment or a possible sale of Techeetah.

Autosport understands, however, that Techeetah is close to securing a new major sponsor to alleviate the issue.

Da Costa, who was overlooked for a Peugeot Le Mans Hypercar drive, is contracted to Techeetah and not to sister marque DS Automobiles.

Asked about his current contract situation, da Costa said: “Maybe I'll tell you the story at the end of the year because if I start now, I'll never shut up and I'll get myself in trouble.”

Team-mate Jean-Eric Vergne - who will partner Kevin Magnussen and Paul di Resta most notably for Peugeot’s return to Le Mans - was similarly frustrated.

Asked about his immediate future, he told Autosport: “I have no idea at the moment.

“I don't know if there will be a team next year. It's not an easy situation.

“But we are fantastic people, we work very hard to make sure that we remain altogether next year.

“We all want to continue the story together.

“But it's a question you need to ask the investors.

“It's been very difficult, and I don't know where we are going at the moment.”