Formula E rookie Nick Cassidy says he is glad to get "the monkey off my back" after scoring his first points with pole position for the second Rome E-Prix.

Envision Virgin Racing’s new recruit Cassidy starred in a wet qualifying session for the second of the two Rome races on Sunday, setting the second quickest time in the group stages before beating fellow newcomer Norman Nato in superpole by over three tenths of a second.

The Kiwi driver had previously put in an impressive showing in the season-opening races at Diriyah, but his performances went unrewarded due to a number of penalties.

In his very first FE qualifying, Cassidy set a lap time that should have been good enough to claim a spot in superpole, but he was deemed to have gained time under a yellow flag caused by the crashed Dragon Penske Autosport car of Sergio Sette Camara, meaning he eventually ended up 21st on the grid.

In the second part of the Riyadh double-header, Cassidy charged from 10th on the grid to finish fifth at the flag, only to be penalised for speeding under full course yellows.

Having failed to score a point in Saudi Arabia despite showing top 10 pace in both qualifying and race trim, the Super Formula and Super GT champion has said he was relieved to deliver a strong result in tricky weather conditions in Rome qualifying.

“My first Formula E points, sounds strange,” the 26-year-old quipped. “I’ve been quite happy over the past few races and felt comfortable in the car and settled in well, but until now we didn’t have anything to show for it. But it’s all come together; it’s like the monkey off my back!

“I’m super, super happy and very pleased to give the team some points and to repay them for their work effort which has been superb so a huge thank you to them.” 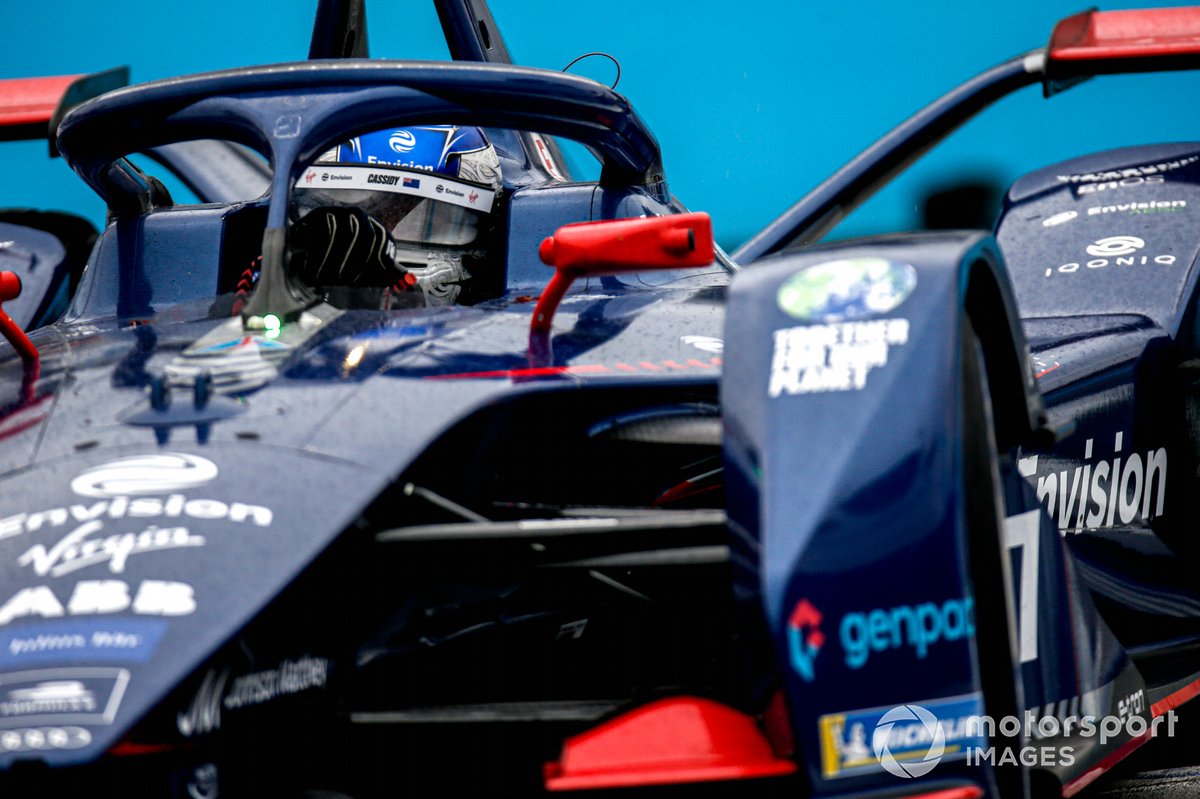 Cassidy took the chequered flag in 10th in the opening Rome race on Saturday but dropped to 15th after being handed a five-second penalty for causing a collision with the BMW Andretti of Jake Dennis.

His team-mate Robin Frijns faded to fourth after selecting a wrong power mode, having been in the fight for victory for much of the race.

Cassidy says it’s hard to predict how the second Rome race will pan out but expects the weather conditions to play a big role in deciding the outcome of the event.

“For the race, I’ve no idea how today will play out with the changeable conditions,” he said.

“It will be a different mindset though starting at the front and how we use the energy but hopefully we should be ok in the race and see what we can do.”