Stoffel Vandoorne scored a third Formula E win for Mercedes in a frantic climax to the Rome E-Prix as points leader Sam Bird was eliminated on the final lap.

The Mercedes driver was boosted by a full-course yellow that fell in his favour to eliminate the attack mode advantage of early rival Pascal Wehrlein and take command of the race.

Vandoorne then had to control a safety car restart for a one-lap shootout to the finish which he converted to a 0.666s victory over Mahindra Racing’s Alexander Sims.

Sporadic wet patches at Turns 5 and 7 meant for the second time in as many days the races started under the safety car.

Rookie Nick Cassidy led the pack away well as the green light came but his chance of maintaining a first championship pole position to the flag was all over within a matter of corners.

A suspected software issue meant when he touched the brakes, they instantly locked and he span backwards into Turn 7 and rejoined the field way down in 10th.

That allowed fellow newcomer and Venturi Racing driver Norman Nato into an unlikely first place that he kept a hold of for a further three laps.

But then third place-starting Pascal Wehrlein delivered a fine overtake to dive up the inside of Nato for his stint in the lead on lap four, managing to hold onto a slight slide at the rear to take the position.

A clumsier move from Vandoorne on Nato gave him second place on the run to the Turn 15 hairpin, although it was not until a prompt from his race engineer that the Mercedes driver began to consume energy to close up to Wehrlein. 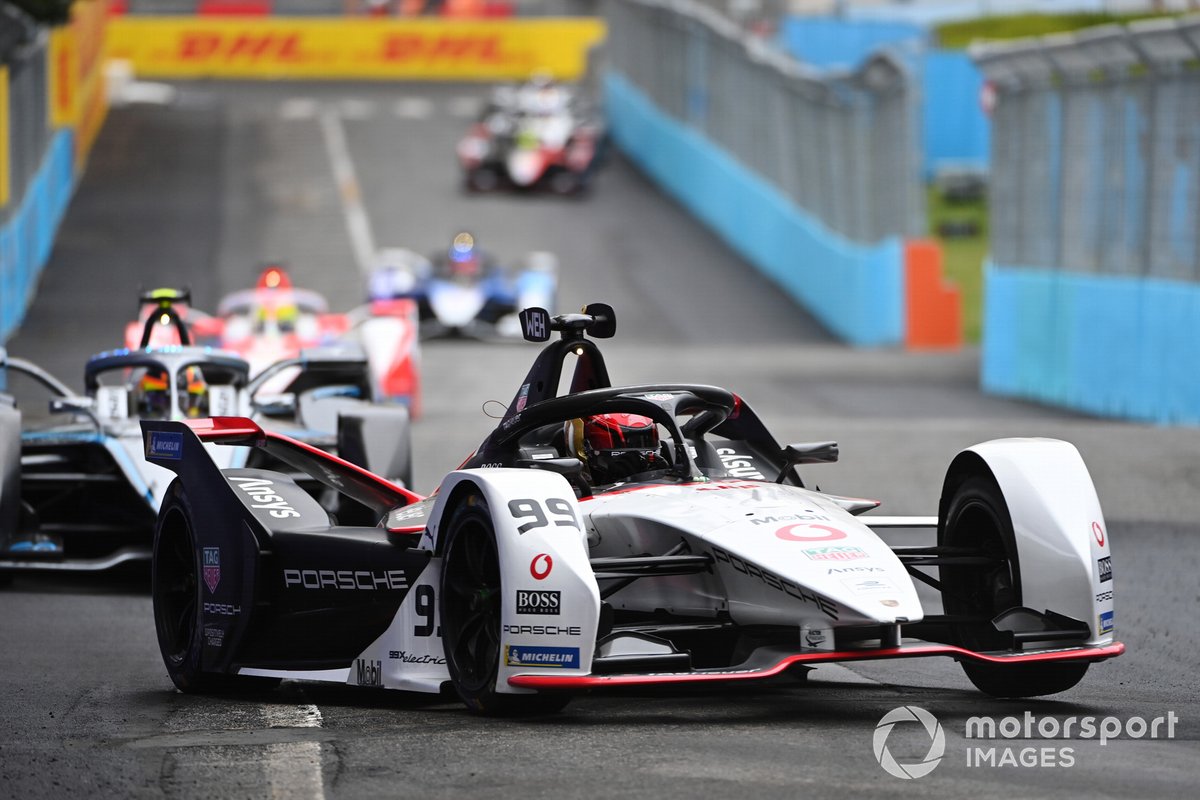 As the Porsche driver ran off line to activate the first of three attack mode uses, Vandoorne assumed the lead to hold a 1.2s margin.

But Wehrlein’s hopes of using the 35kW power advantage to good effect were ended by a full-course yellow. This was triggered by Audi driver Lucas di Grassi swiping across the front of a defending Sebastien Buemi in an incident that is so far yet to be punished.

Di Grassi spun into the wall, which nullified Wehrlein’s attempt to repass for the lead.

At the restart, Vandoorne built a lead of around 4s as Sims caught Wehrlein unawares at the restart to nab second place.

Sims and Vandoorne were matched on energy levels, meaning the Brit struggled to cut down the deficit to the race leader.

Proceedings were then interrupted by a late safety car to recover the wreckage of second Audi driver Rene Rast.

The three-time DTM champion tagged the wall on the right rear, which damaged his suspension.

Then exiting the last corner, the damage triggered him to spin across the track and hit the wall to end a torrid weekend for the manufacturer.

Vandoorne appeared to delay the safety car restart, picking up race speed late on to ensure the timer ticked down and allowed for only a one-lap dash to the chequered flag.

This he managed well, despite early promise from Sims, but ultimately Vandoorne hung on to his second Formula E triumph.

The last lap was marred by a three-car crash that involved points leader and Saturday podium finisher Bird.

A messy race for Vandoorne’s team-mate Nyck de Vries came to an end when he bolted up the inside of Bird into Turn 7. 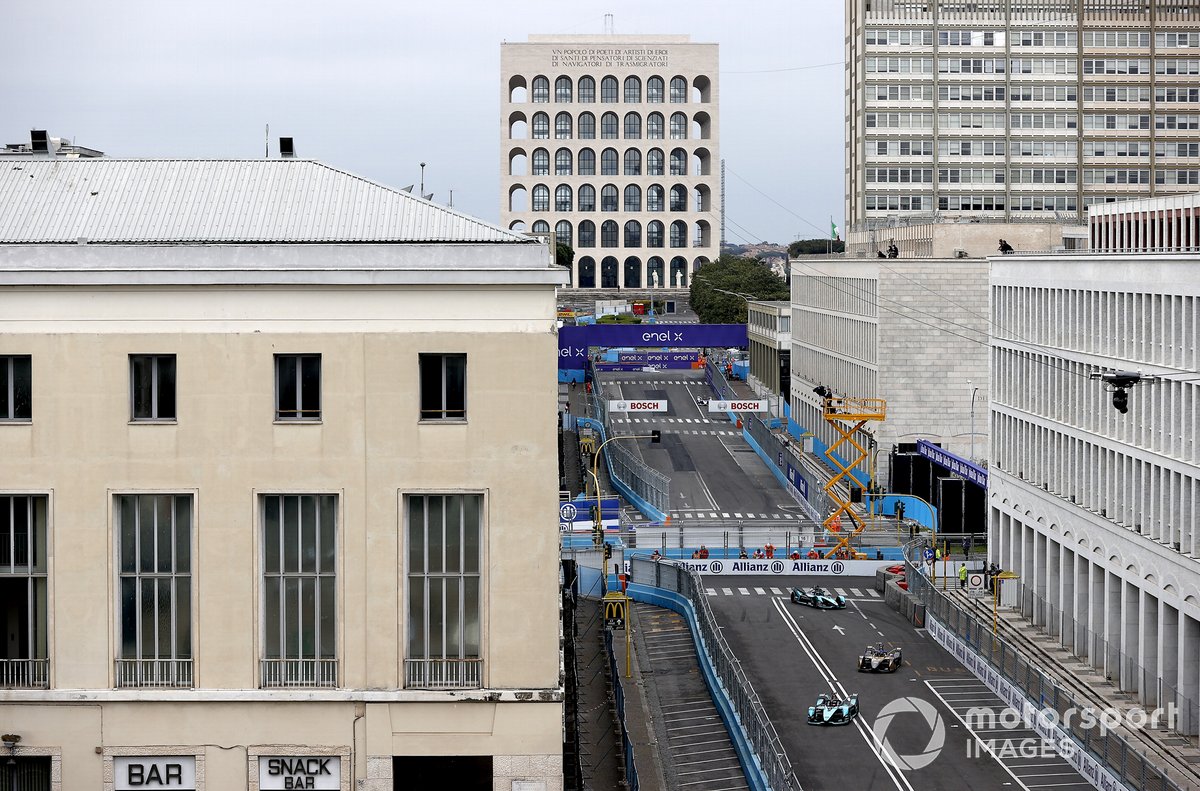 The pair collided, collecting the Nissan e.dams of Oliver Rowland on their way.

Behind final podium finisher Wehrlein, Nato crossed the line for a superb fourth but was then disqualified for overconsuming energy.

That put his team-mate Edoardo Mortara into fourth after he held onto a massive last-lap slide, with BMW Andretti racer Maximilian Gunther climbing to fifth.

Mitch Evans added a sixth to his third place on Saturday as Antonio Felix da Costa recovered superbly with strong passing to climb from 15th to seventh.

Buemi looked vulnerable as he was repeatedly passed but the late drama returned him eighth ahead of a sound ninth for Tom Blomqvist, as Nico Muller rounded out the top 10.