An inaugural Cape Town E-Prix has been officially dropped from the 2022 Formula E calendar, while a maiden race in the Indonesian capital of Jakarta has been locked in.

Formula E revealed a provisional calendar for its eighth season in early July, with South Africa set to make its debut alongside Vancouver and Seoul.

While the Canadian and South Korean bows have been confirmed in the updated schedule approved by the FIA at the 15 October meeting of the World Motor Sport Council, Cape Town has lost its slot.

This cancellation of the race, which was supported by Jaguar South Africa and was set to incorporate the 2010 FIFA World Cup stadium, Robben Island and Table Mountain local landmarks, is ostensibly due to the ongoing COVID-19 crisis in the country.

Concerns over the viability of the race have been ongoing as the nation endured a fourth wave of the virus at the time of the first calendar announcement, and its Formula E debut has now been pushed back.

Although the Cape Town E-Prix was scheduled for 26 February, the revised calendar leaves a date available for a fourth round on 5 March in a location that is yet to be decided. 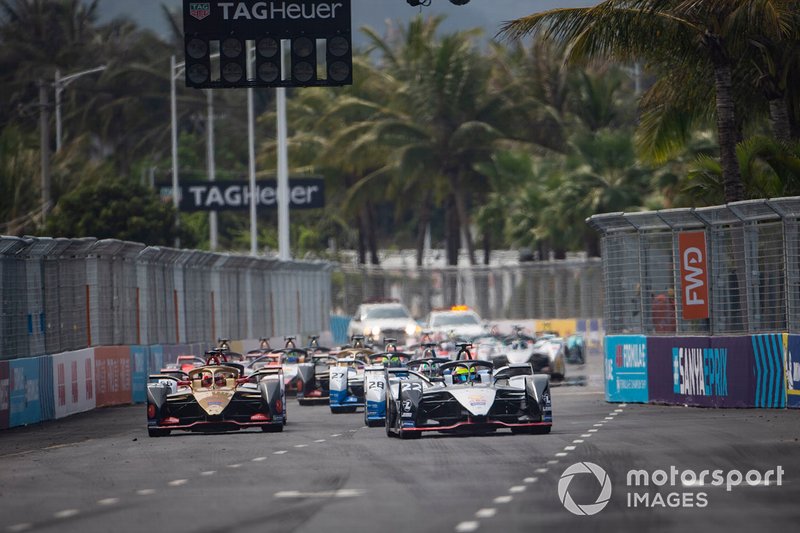 First Chinese round since 2018-19 season is due to feature

This leaves two open-ended slots in the calendar as a final destination for a return to China for the first time since Sanya in 2018-19, the next race, is also unconfirmed.

However, Formula E chief executive officer Jamie Reigle has previously told Autosport that, alongside Sanya, talks were ongoing with Shanghai, Shenzhen and Chengdu.

But the previously unconfirmed 4 June slot has now been finally confirmed as Jakarta in Indonesia.

The bid to get a first Formula E event in the country has been fraught with trouble due to a 2020 debut being lost to the coronavirus pandemic and a call for the race to relocate after the historic venue first proposed was rejected by the state secretariat prior to a U-turn.

There has also been clamour from Greenpeace to abandon the bid, reportedly to have cost £53 million, to instead fund upgrades to the infrastructure following a spate of deadly floods.

But in July, Formula E co-founder and chief championship officer Alberto Longo confirmed a deal was in place with Jakarta, but that the governor asked for the final announcement to be delayed.

Should the Cape Town E-Prix be replaced, with the creators of the Formula Eindhoven bid pushing to find a berth for a Dutch round, then a 16-race campaign would still mark the longest in the eight seasons of the championship.

The campaign, which will mark the last season of the Mercedes works entry, is set to begin with a double-header in Saudi Arabia across 28-29 January.