Sergio Sette Camara has not yet “done one corner” in the new Dragon Penske Autosport Formula E car ahead of its Rome debut but will begin testing it this month.

The FIA and FE have allowed teams to delay homologating their new cars until 5 April, rather than bring in new designs for the start of the season in Saudi Arabia last month.

This alteration considered interruptions to parts supply brought about by the pandemic. It also means cars will have been retained for two seasons to reduce costs.

Dragon Autosport Penske is one of three teams to take this later option, alongside reigning teams' champion DS Techeetah and 2019-20 runner-up Nissan e.dams, with the other nine teams all starting the year with their new cars.

Sette Camara told Autosport he has yet to drive the new Penske EV-5, which will feature bespoke software developed by Bosch, ahead of its arrival for the next race in Rome on 10 April.

He said: “I haven’t tested with the new car, to be honest.

“Until now, it was being computed, designed. I have never driven the new car.

“It’s going to be ready now and I’m going to do some testing now in this month of March.

“I don’t know the new car; I’ve never done one corner in it.

“I’m hoping it’s something else, I’m hoping something really good, more efficient in the race.

“But I cannot tell because I know as much about it as you.” 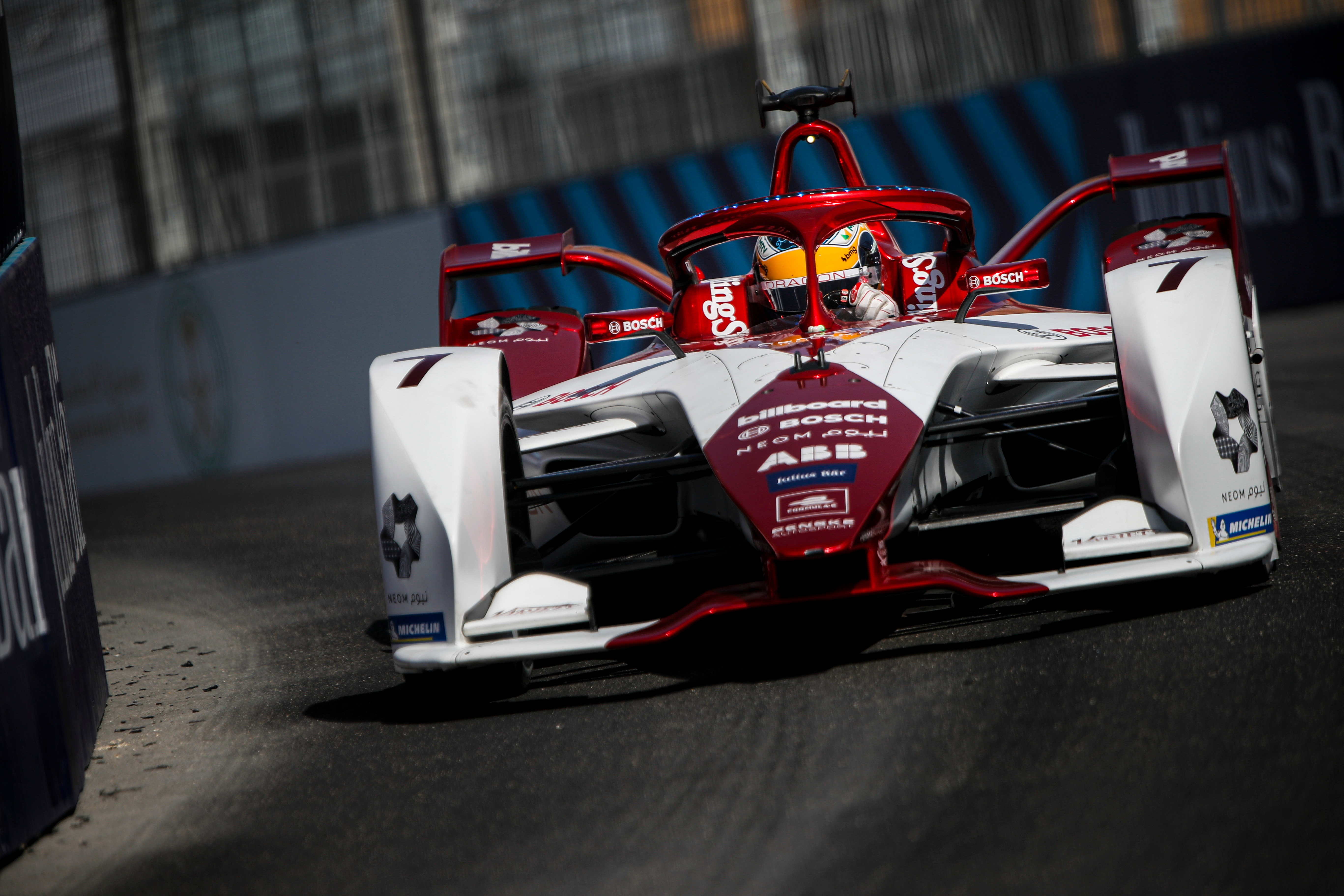 PLUS: Why the new FE season got off to a controversial start

Due to post-race penalties for third-placed Jean-Eric Vergne (not activating his second attack mode) and Nick Cassidy (speeding under full-course yellows) Sette Camara led team-mate Nico Muller as they finished an adjusted fourth and fifth.

He told Autosport: “We have a good quali car and on the race [pace] we have also improved compared to where we were otherwise, we wouldn’t have been able to stay up there.

“But it’s still our weak side. We see that some other guys can start five, 10 positions behind and still overtake us. That’s something to work on.”