Of the three rookies on the Formula E grid in Riyadh, who shone and who struggled? RACHIT THUKRAL rates the best performers

A trio of drivers made their Formula E debuts in the Diriyah E-Prix weekend, with a dusty track surface and a rapid drop in temperature between qualifying and the race adding to their challenge.

All three showed flashes of pace throughout the double header and it was only due to incidents, penalties or poor qualifying results that they returned from the weekend without any points in their respective tallies.

Autosport looks back at their performances. 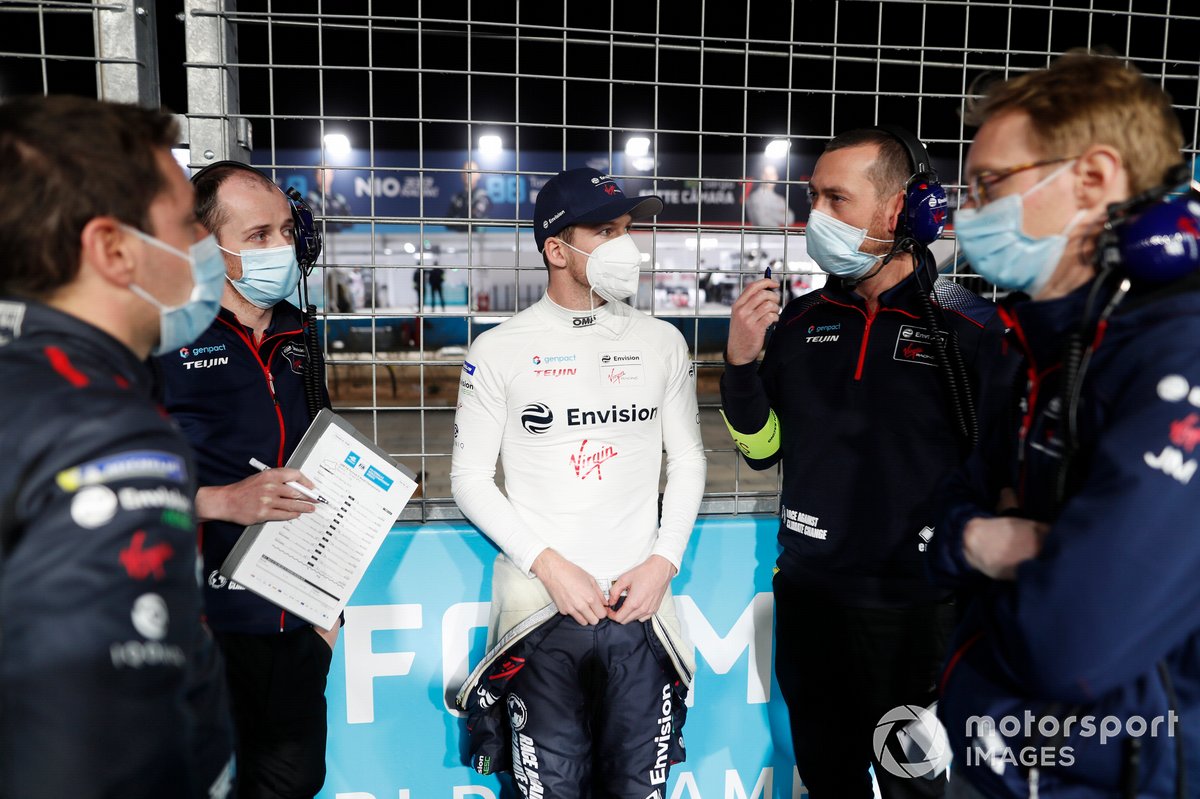 Nick Cassidy carried the biggest burden of expectations among the three rookies in Diriyah thanks to the reputation he’s established racing in Japan. And it’s fair to say that the 2019 Super Formula champion delivered on the promise in his first FE weekend, even if he wasn’t rewarded for his effort with the kind of results he deserved.

After struggling in the first two practice sessions, Cassidy was up to pace by first qualifying on Friday, taking advantage of track evolution to provisionally put himself into superpole. His best lap was deleted when stewards ultimately concluded that he gained time by speeding under yellow flags, but so did everyone else in Group 4 - which means he would have likely qualified inside the top six in normal circumstances.

But what really caught the eye of the observers was the Kiwi's long-run pace in race two, where he carved his way from 10th on the grid to fifth by the time the action was suspended due to a series of incidents. Energy management is one of the biggest challenges of FE and an area many rookies have struggled with in the past. Therefore, it was a testament to Cassidy’s ability that he matched the energy consumption figures of the leaders in his very first FE weekend, particularly when the limited amount of testing he completed due to Envision Virgin’s status as a customer team is factored in.

The 26-year-old didn’t get to keep his top-five result due to a FCY infringement, but admitted that he had exceeded expectations from his debut weekend. 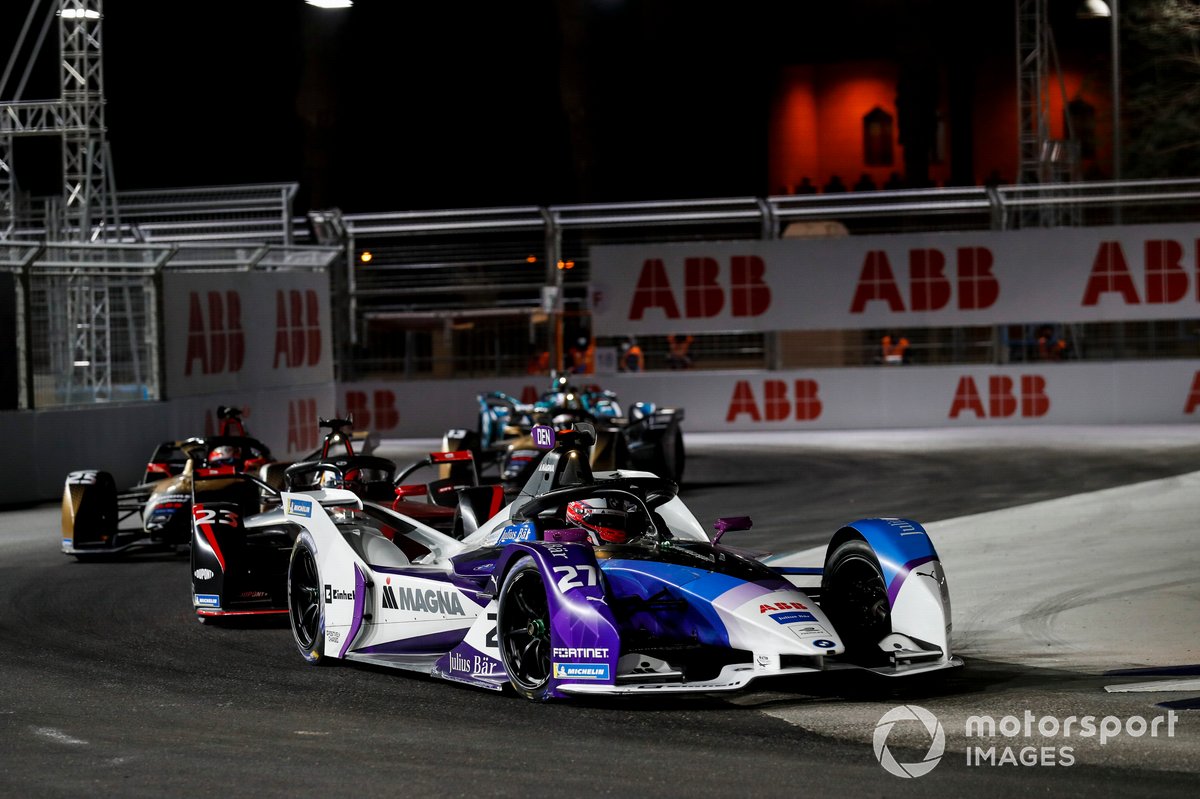 It was a relatively underwhelming weekend for new BMW Andretti signing Jake Dennis, but both the driver and the team must share responsibility for it in equal measure.

Dennis spent the first race of the double header learning the ropes of FE, falling down the order early on before making rapid progress in the closing laps to finish 12th, just five seconds off the final points-paying position.

The second qualifying should have been Dennis’ big chance to make an impression, with the four Mercedes-powered cars and the Porsche of Andre Lotterer absent from the session. But a mistake in sector two wrecked his chances of a decent starting position, leaving him vulnerable in the tight midfield.

Sure enough, a collision with the driver he effectively replaced - Mahindra's Alexander Sims - resulted in damage before another incident with Pascal Wehrlein (for which he blasted the Porsche driver, who was subsequently penalised) put the final nail in the coffin, as he joined team-mate Maximilian Gunther in the long list of retirees.

Dennis’ job in Riyadh was made much harder by a BMW package that struggled over one lap, something his more experienced team-mate Gunther also acknowledged. Dennis, on his part, admitted that he overdrove the car in both races and is keen to make amends in Rome.

With some more experience in the car, and progress from BMW on the powertrain side, Dennis can become a formidable competitor as the season progresses. 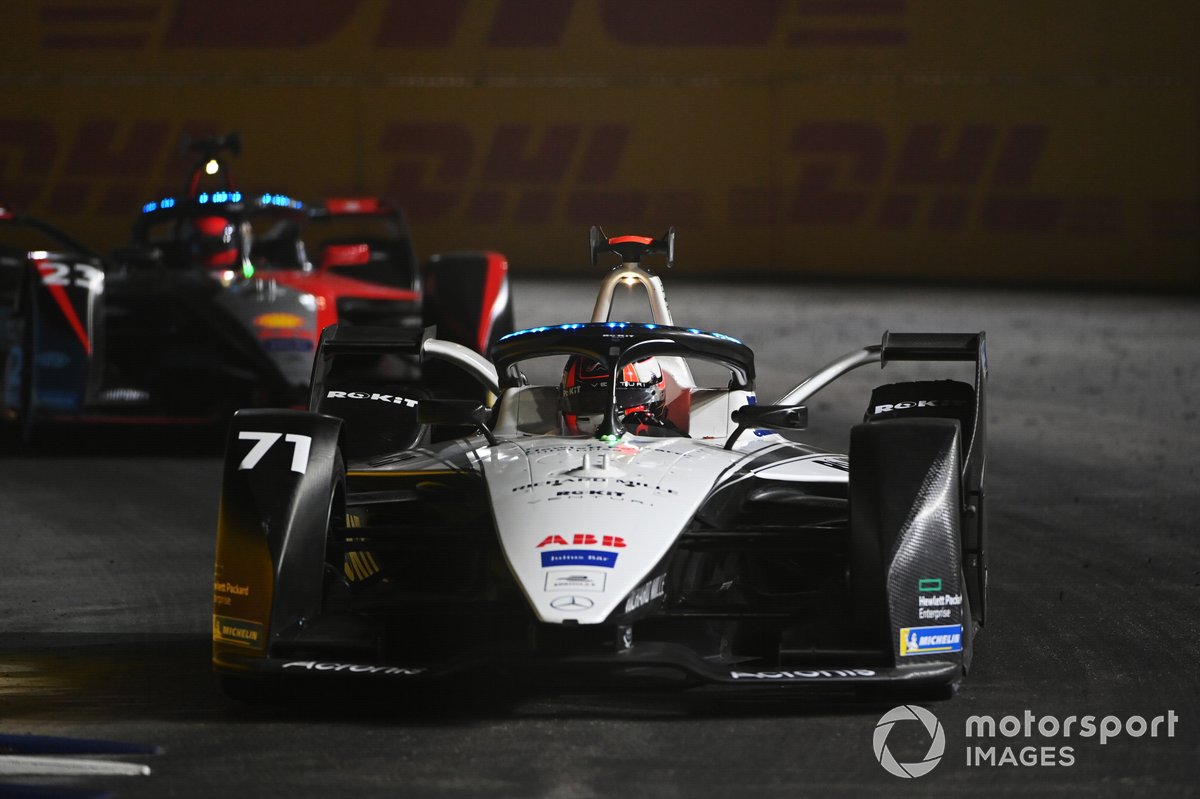 While Edoardo Mortara made the headlines for Venturi in Saudi Arabia, first for his brilliant podium charge in race one and then for an unfortunate incident after FP3 that sent him to hospital for precautionary check-ups, team-mate Norman Nato was largely out of the limelight all weekend.

But the sportscar ace held his own against the likes of former champions Sebastien Buemi, Antonio Felix da Costa and Jean-Eric Vergne while battling outside the points in race one, finishing a respectable 14th on his debut.

The second leg of the weekend should have provided Nato another opportunity to showcase his speed, but all Mercedes-powered cars were barred from taking part in qualifying following Mortara’s heavy head-on shunt in practice.

The FIA did allow Mercedes and Venturi to contest the race after some quick software upgrades from the German manufacturer, but after starting 23rd on the grid there was little Nato could do to break inside the top 10, even with what was arguably the most competitive powertrain in the field. He ultimately finished 16th in a crash-shortened race, three spots behind the works Mercedes of Stoffel Vandoorne.

But with Venturi looking like a major contender thanks to the upgraded Mercedes powertrain, Nato could be fighting for podiums in the not-too-distant future.