The German marque announced it would be leaving the championship on Wednesday evening, having "essentially exhausted the opportunities for this form of technology transfer in the competitive environment of Formula E", according to a statement.

This news came only two days after Audi officially communicated its decision to quit FE in favour of an LMDh programme and an all-electric Dakar Rally entry in 2022.

The factory BMW FE team is run by Andretti Autosport, which has been in FE since the inaugural 2014-15 season - latterly receiving technical support from BMW before gaining full works status.

BMW's exit would leave Andretti without a powertrain supplier as it stands for the 2021-22 season should the American squad remain in the championship. However, BMW is considering a customer deal to continue to provide Andretti.

A BMW spokesperson told Autosport: "We are discussing options for season eight [2022-23].

"One option is to supply Andretti with BMW drivetrains. We will communicate any decision in due course."

Such a deal is already in place between Audi and its customer team Envision Virgin Racing, which will provide the Silverstone-based privateer outfit with powertrains for at least one more season.

When asked if the global health crisis and its economic repercussions has expediated BMW's decision to leave FE, Autosport was told: "2020 has accelerated the transformation in the automotive industry, and thus also in motorsport. 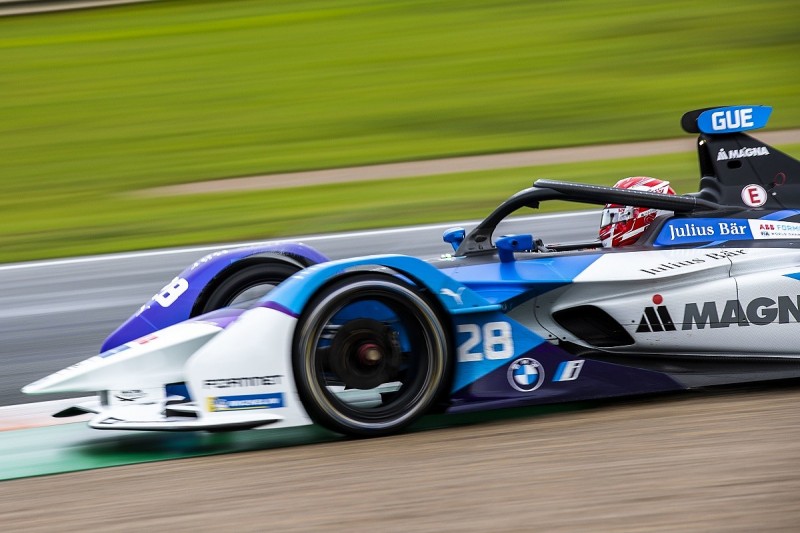 "The strategic focus of BMW Group is shifting within the field of e-mobility.

"After developing the know-how, the focus in the future will be on the comprehensive scaling of the range of models and global production."

Expanding on the manufacturer's reason for quitting, the BMW spokesperson added: "Electromobility is the new normal for BMW Group.

"Formula E has always also been a technology lab for us.

"We achieved a technology cycle between production and motorsport for the electric drivetrain, from which both sides have benefitted.

"We have now virtually exhausted this development potential in terms of technology and know-how.

"We are now focusing on large-scale production with the fifth generation of BMW e-drivetrain."

For the second year in succession, BMW Andretti driver Maximilian Guenther topped the three-day pre-season test at the Circuit Ricardo Tormo in Valencia earlier this week.

New Audi signing Rene Rast, a three-time DTM champion, has revealed he did not know he was effectively signing up for a one-year deal to race in FE.

Meanwhile, team-mate and 2016-17 FE title winner Lucas di Grassi has told Autosport of his desire to continue in the series beyond Audi's departure.