The Mercedes driver, who holds a three-point advantage over Edoardo Mortara, ran to the top of the times with his full power 1m06.688s benchmark on the Tempelhof Airport circuit, which had been reversed overnight to now run in a clockwise direction.

That gave de Vries, who endured a torrid Saturday when he was classified 22nd after sustaining a puncture following contact with Alex Lynn, a 0.125-second cushion to DS Techeetah driver da Costa and his 1m06.813s effort.

It was Nissan e.dams driver Oliver Rowland, contesting his final race for the team, that kept featuring at the top of the leaderboard in the opening 30-minute practice session in the German capital.

The Briton posted a 1m08.818s yardstick in the lower 200kW power mode to hold a 0.3s margin over the Envision Virgin Racing machine of rookie Nick Cassidy and another 0.065s over his 2015-16 champion team-mate Sebastien Buemi.

Jaguar Racing’s Mitch Evans, who finished third on Saturday to remain as one of the 14 drivers in title contention, then ran fastest with his 1m08.688s lap after nine minutes of the half-hour run. 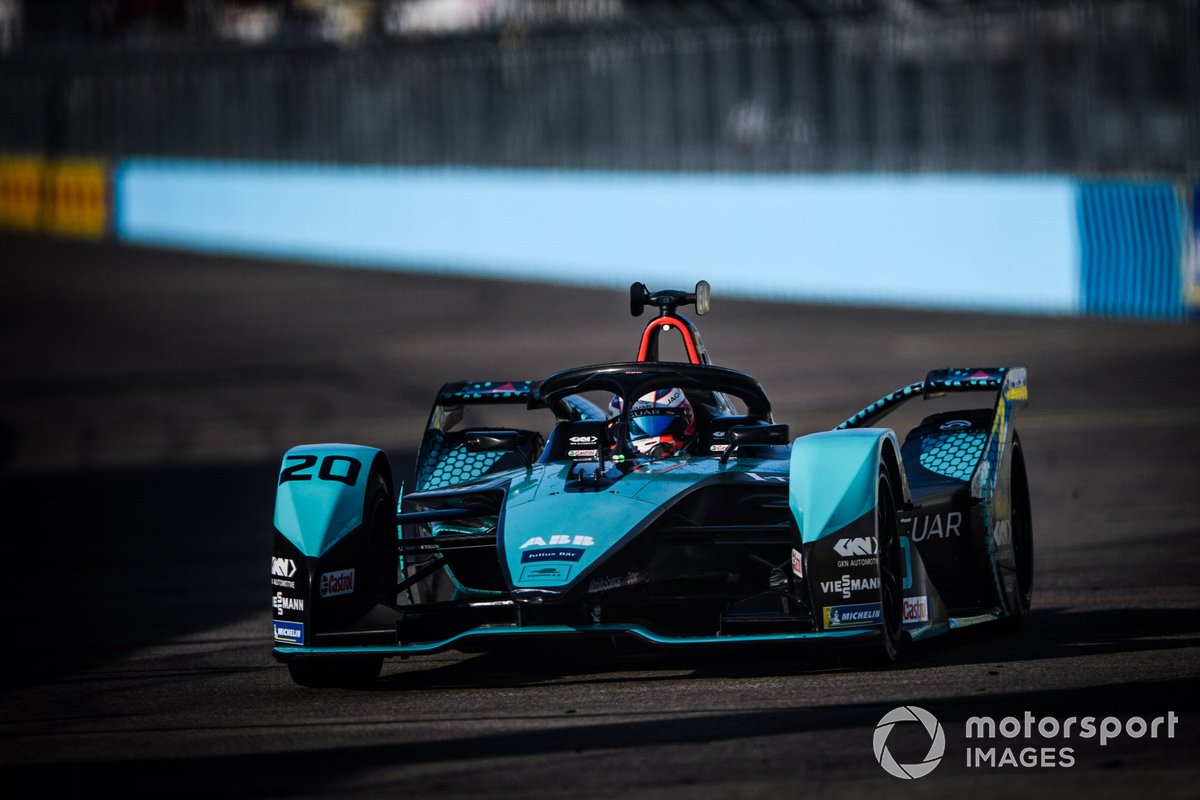 But in the final efforts before the full-blown switch to attack mode, again de Vries looked imperious as he clocked a 1m08.485s to find 0.23s over his Kiwi rival Evans.

De Vries built that gap up by another four tenths with his first attack mode flier before being quickly deposed by his Silver Arrows team-mate Stoffel Vandoorne.

Vandoorne, the first driver to break under the 1m08s threshold, was then again knocked aside by Rowland and his 1m07.143s attack mode lap and was initially joined by Buemi in second.

That preceded a switch to full 250kW power for the final eight minutes when Vandoorne returned to the top courtesy of a 1m07.056s quick lap before de Vries set the fastest time of the session to head da Costa, Rowland, Vergne and BMW Andretti rookie Jake Dennis in fifth.