The Nissan e.dams racer, entering his last race with the team, led with his 1m06.372s full 250kW power yardstick that he set with two minutes of the half-hour session left to run.

That flying lap on a circuit that has been reversed overnight put Rowland 0.043s clear of BMW Andretti racer Guenther as the German manufacturer enters its final Formula E race in which any one of 14 drivers stand in mathematical contention to win the title.

With points leader Nyck de Vries in sixth behind Saturday polesitter Jean-Eric Vergne, it was a formidable display from the Silver Arrows powertrain.

Race one podium finisher Mitch Evans ran to 11th ahead of Rene Rast and Andre Lotterer. 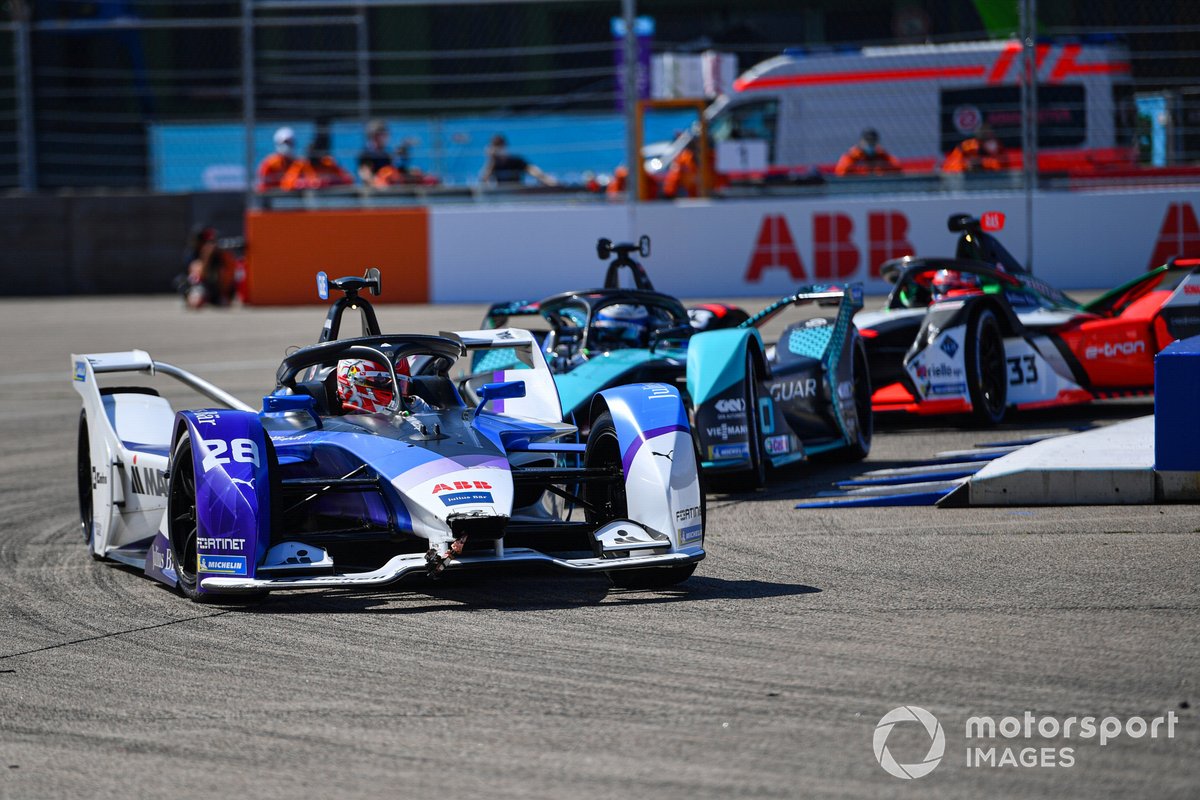 Ahead of the field diving into the pits with six minutes remaining prior to their full power runs, it was Edoardo Mortara who headed the timing screens following his attack mode hot laps.

The Venturi Racing driver, who clocked second in the first race on the conventional anti-clockwise layout, bolted to the top with his 1m06.977s flier using the 235kW power mode.

That put the Puebla E-Prix winner, who sits second in the points heading into the final race of the season, clear of defending champion Antonio Felix da Costa by a strong 0.162s.

After Mortara became the first driver to dip under the 1m07s barrier, his team-mate Nato, fourth in the Berlin opener, ran to the third-best attack mode time and was 0.203s off Mortara as Guenther clocked fourth for BMW Andretti.

Mortara would eventually rank 14th in the session ahead of Sam Bird and da Costa.

De Vries, who set the pace in first practice, had been running in second behind team-mate Vandoorne during the standard 200kW laps before Jaguar Racing’s Bird made an early place for the 35kW attack mode boost.

That put the Briton, who retired on Saturday with a suspected battery issue, to the top of the timing screens as he landed a 1m07.353s to run nine hundredths of a second clear of Vandoorne.

However, Guenther looked impressive through the different settings as, on his first use of attack mode, again ran to the top with a 1m07.185s after seven minutes of the session.