The 17-year-old Briton pipped the sister Carlin Dallara-Volkswagen of Ferdinand Habsburg by just 0.012 seconds in a session characterised by thrilling sideways driving on an unexpectedly slippery surface.

The Carlin drivers looked among the smoother of the leading runners, but Norris nevertheless had a massive moment at the ultra-fast Mastersbocht right-hander.

"It jolted my hands off the wheel on the bump [at the apex]," he explained.

"It was hard - I thought everyone would improve a lot from free practice, but in some areas the track felt bad: slidy and slippery.

"I was fairly worried because I didn't feel like I did a very good job, but after [the moment] I tried to get the tyres back and I improved to get pole."

Spa winner Habsburg was happy to earn his first FIA F3 front row, but the Austrian said of the tiny gap to Norris: "That's so annoying! I know I'll find one or two tenths [on the data] in that lap, but Lando probably will too.

"The lap was decent - I had a little mistake at Turn 9 [a slow right-hander] but I was pushing really hard to get the best out of it.

"Turn 7 [Scheivlak] was flat and Turn 8 close to flat, so I'm really looking forward to Q2." 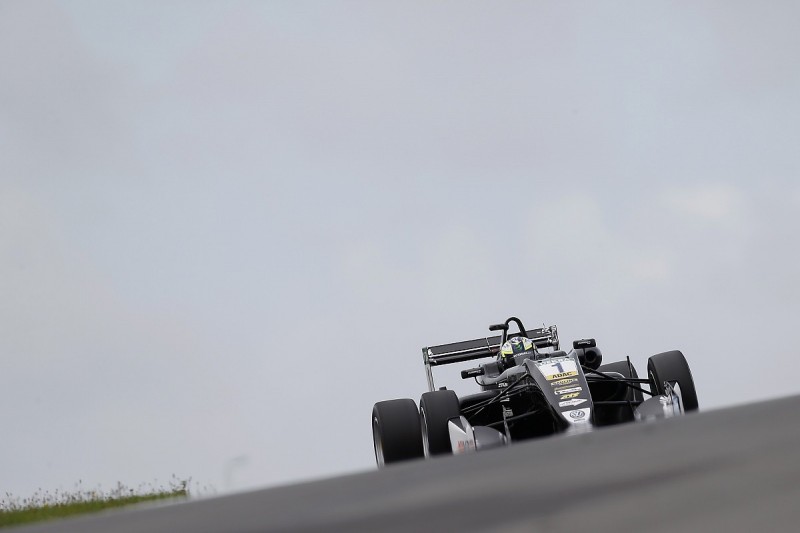 Illustrating the difficult track conditions, Gunther's free-practice topper remains as the fastest F3 lap of the day, and would have earned the Bavarian Mercedes DTM junior pole by more than a tenth.

Joining Ilott on the third row and leading the Hitech GP charge is Ralf Aron, while the second Motopark car of David Beckmann ended up seventh.

Both Beckmann and Nikita Mazepin (14th) went off onto the grass at the Gerlachbocht right-hander behind the paddock in the closing stages, both somehow keeping their cars out of the barriers.