Ilott, who inherited pole thanks to Lando Norris's grid penalty, got a good getaway and controlled the race throughout.

An early safety car, following a first-lap collision between Van Amersfoort Racing team-mates Pedro Piquet and Joey Mawson that left the Brazilian marooned in the Turn 10 gravel, proved no problem for Ilott.

He made an excellent restart and his Prema Powerteam Dallara-Mercedes was over one second in front of closest pursuer Jake Hughes after the first lap of post-caution green-flag action.

Ilott eventually finished 7.371s clear of Hughes's Hitech GP machine, which began to inch closer mid-race before Hughes had a slide at Turn 10 and took a few laps to bring the tyres back.

"The key was to get a good start and I did it," said Ilott, "and then I had to repeat that at the safety car.

"I had to do something different to Lando yesterday [Norris almost lost the lead of race one at the restart]; what I did [accelerating from the Turns 11/12 chicane] was less risky! 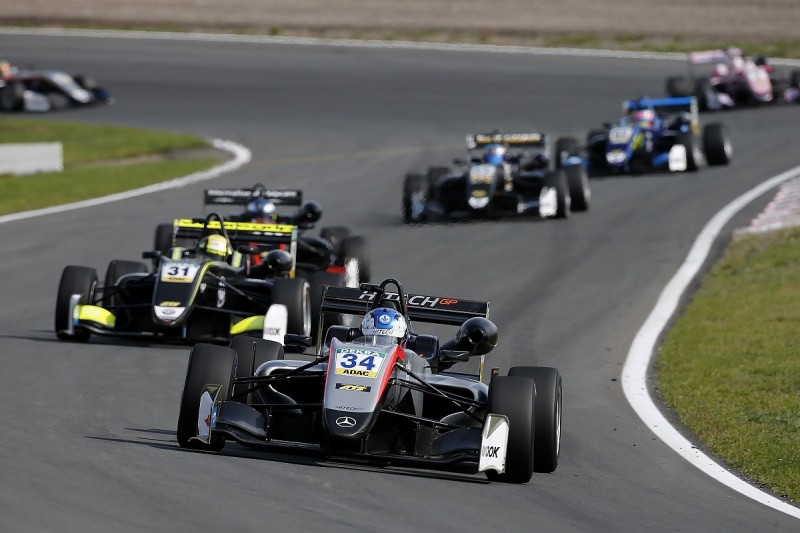 Norris was never able to challenge Hughes in a typically processional Zandvoort race, but the Carlin-run McLaren junior's third position was enough to elevate him above Maximilian Gunther and into the championship lead by one point.

Completing the British lockout of the top four was Harrison Newey.

The VAR driver got ahead of fourth-on-the-grid David Beckmann at the start, and was able to soak up a typically forceful early charge from the Motopark-run German.

Beckmann closed in again towards the end, but Newey held firm to bring himself more joy after finding out this week that he'd passed his A-levels.

Gunther, in seventh place, kept the pressure on the sixth-placed Carlin car of Ferdinand Habsburg throughout, but the Prema star wasn't able to force an opening.

Once Jehan Daruvala had taken a drive-through penalty for a false start, Prema duo Guan Yu Zhou and Mick Schumacher were lifted to eighth and ninth.

They ran in the queue behind Habsburg, as did final point scorer Ralf Aron, Nikita Mazepin and title contender Joel Eriksson, who could make little progress from his penalised 13th place on the grid.