The Carlin-run McLaren-Honda protege is one of nine drivers who have been issued with a two-place grid penalty and two penalty points on their licence.

Norris therefore drops to third on the grid for the offence, which came after David Beckmann spun on the final lap of qualifying at the Turn 10 left-hander.

The officials' verdict for all nine drivers read: "Having considered the matter extensively, the stewards determined that he did not make a sufficient decrease in speed under yellow flag conditions.

"The stewards determine that this is a major safety issue, especially when marshals are possibly working trackside."

Norris's penalty means that fellow Britons Ilott and Jake Hughes move up onto the front row. 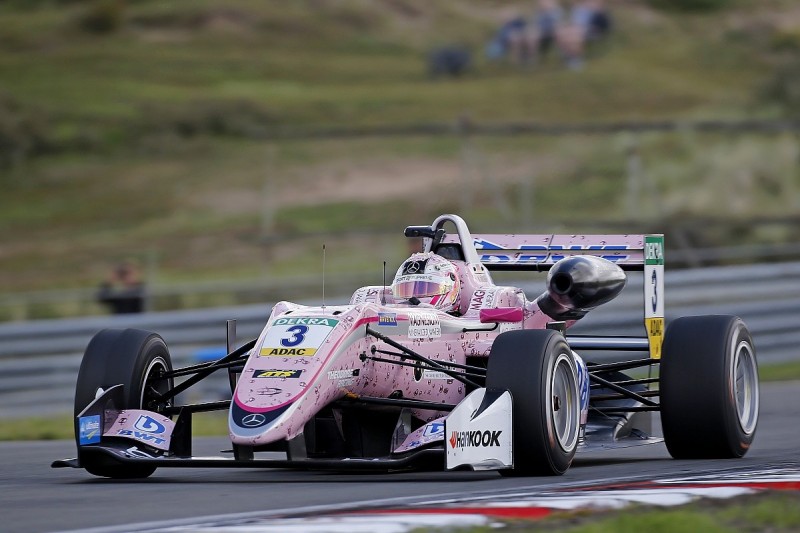 Ferdinand Habsburg, championship leader Maximilian Gunther (pictured above), Nikita Mazepin and Guan Yu Zhou - who qualified fourth to seventh - were given the same penalty, meaning that Beckmann and Harrison Newey (who was one of the few drivers ahead of Beckmann on the track) vault four positions to fourth and fifth on the grid.

Ralf Aron, Joel Eriksson, Marino Sato and Ameya Vaidyanathan were the other four given the two-place penalty.

Eriksson, as well as Ilott, actually set a green sector time under the yellow flag, and he loses his lap time, which was his fastest of the session.

This has provided a further dent to the Swede's title hopes by leaving him 13th on the grid for both races.

In Ilott's case the lap was his second fastest and is deleted, meaning he drops from fourth to seventh on the grid for race three.

Ilott escaped the points-on-licence punishment, with the stewards declaring that "he made a concerted effort and a visible and audible lift off the throttle".