Lorenzo Colombo took his first ever FIA Formula 3 win in a soaked sprint race at Spa, leading by over 13 seconds to take a storming debut victory.

The start of the race was delayed by an hour amid heavy rain and a drenched circuit, with an attempted start aborted as the poor weather resumed after a brief respite.

The safety car eventually came in at the end of lap three, leaving the drivers to race, albeit with incredibly poor visibility.

Campos Racing rookie Colombo, whose best finish was previously seventh, gained redemption after his win at the Hungaroring was taken away from him for a safety car distance violation.

Frederik Vesti came in fourth for ART Grand Prix, having started in sixth, with Victor Martins (MP Motorsport) in fifth.

As racing got underway, Collet and Martins made contact while battling Logan Sargeant (Charouz Racing System), with ART’s Alexander Smolyar also dropping back, although both MP Motorsport cars emerged unscathed.

On lap five, Collet moved round the outside of Clement Novalak (Trident) to move up into seventh, with Martins also managing to make progress. 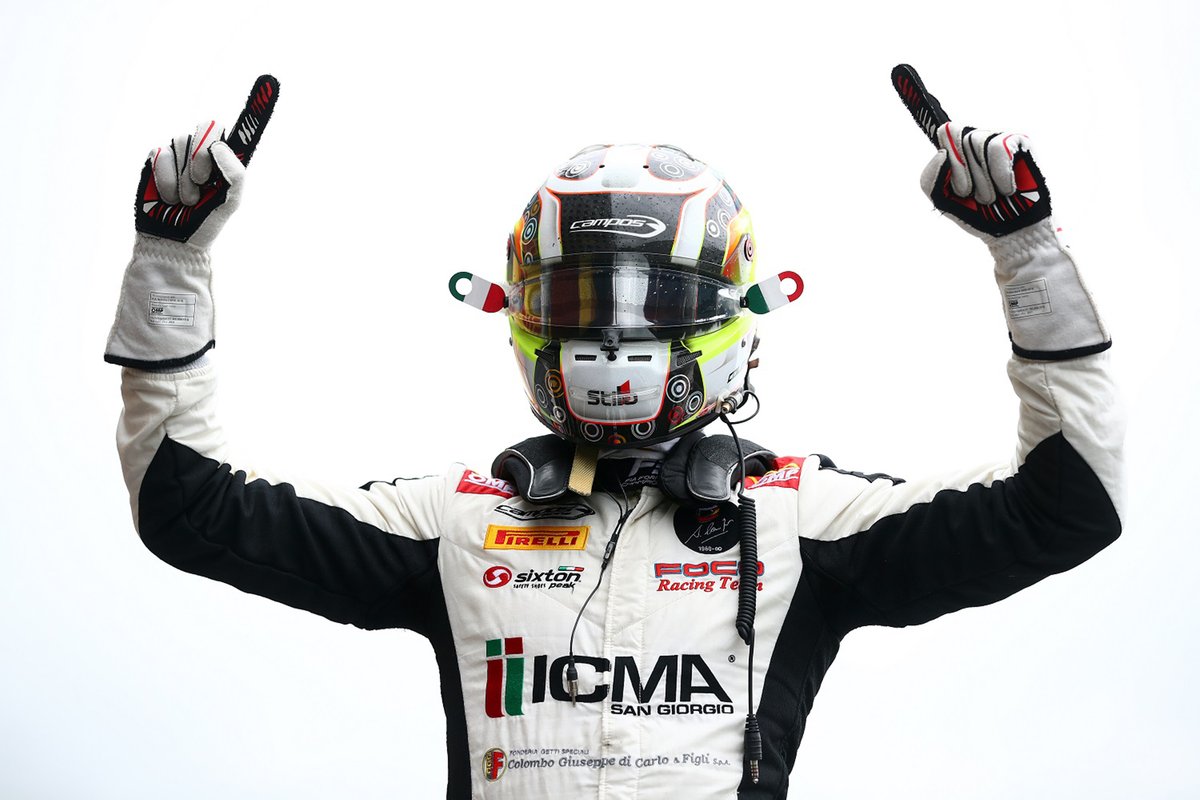 Ido Cohen retired after pitting with a mechanical issue, having had no visible damage to his Carlin-run car.

With ten laps to go, Colombo had cleared a significant gap between himself and Crawford of four seconds, up to 5.2s by lap seven.

The yellow flag was waved after HWA Racelab’s Rafael Villagomez ended up in the wall coming out of Les Combes, close to where Ferrari Formula 1 driver Charles Leclerc had his FP2-ending crash on Friday.

The track began to dry out by lap eight, with Collet attempting to pass Frederik Vesti but almost being caught out by the ART driver’s braking point.

Colombo had built up an incredible eight-second lead by lap 11, increasing it to 10s by lap 12, by using his visibility advantage to take a storming win.

Collet moved up to fourth after a tense battle with Jenzer’s Johnathan Hoggard, Schumacher, and Vesti, taking positions on the run-off and somehow keeping the car in the right direction.

But he was handed a five-second time penalty for gaining an advantage while off the track, dropping him down the order.

The battle left Vesti in fifth, with Martins in sixth, Hoggard in seventh and Schumacher back in ninth.

Vesti managed to pass Collet the following corner, with team-mates Novalak and Schumacher tussling for eighth.

Feature race polesitter Jack Doohan will also start front of the grid for this afternoon’s reverse grid race, with Schumacher in second and Smolyar in third.

Collet will start fourth, with Sargeant in fifth and Novalak in sixth.