Wadoux will get behind the wheel of whichever car ends up winning the Hypercar title in the Bahrain season finale on 12 November, either the Toyota GR010 HYBRID or Alpine A480-Gibson, with the test taking place the following day.

The current Richard Mille Racing LMP2 racer is one of four drivers chosen to take part in the test by the WEC organisation along with Lorenzo Colombo (GTE Pro), Doriane Pin (LMP2) and Finn Gehrsitz (GTE Am).

All four drivers will get at least 30 laps behind the wheel of the title-winning car of their allocated class.

Wadoux made her WEC debut this year for the Signatech-run Richard Mille outfit after making her LMP2 bow in last year's Bahrain rookie test, making the considerable step up from the Alpine Europa Cup series.

Having already outlined an intention to step up from LMP2 to Hypercar in 2024, in Bahrain the French 21-year-old is set to become the first female driver to sample a LMH.

"Just a year ago, I took part in the Bahrain rookie test in LMP2 with Richard Mille, while I was racing in the Alpine Elf Europa Cup," commented Wadoux.

"It was a big step in my career because I suddenly found myself driving a prototype.

"I learned a lot and now I have a new opportunity with a new test, but this time at the steering wheel of a Hypercar. It's a dream come true and I'm delighted.

"On a personal level, I am proud to show that women can reach the highest level of motorsport. I hope that my example will inspire young girls to follow this path." 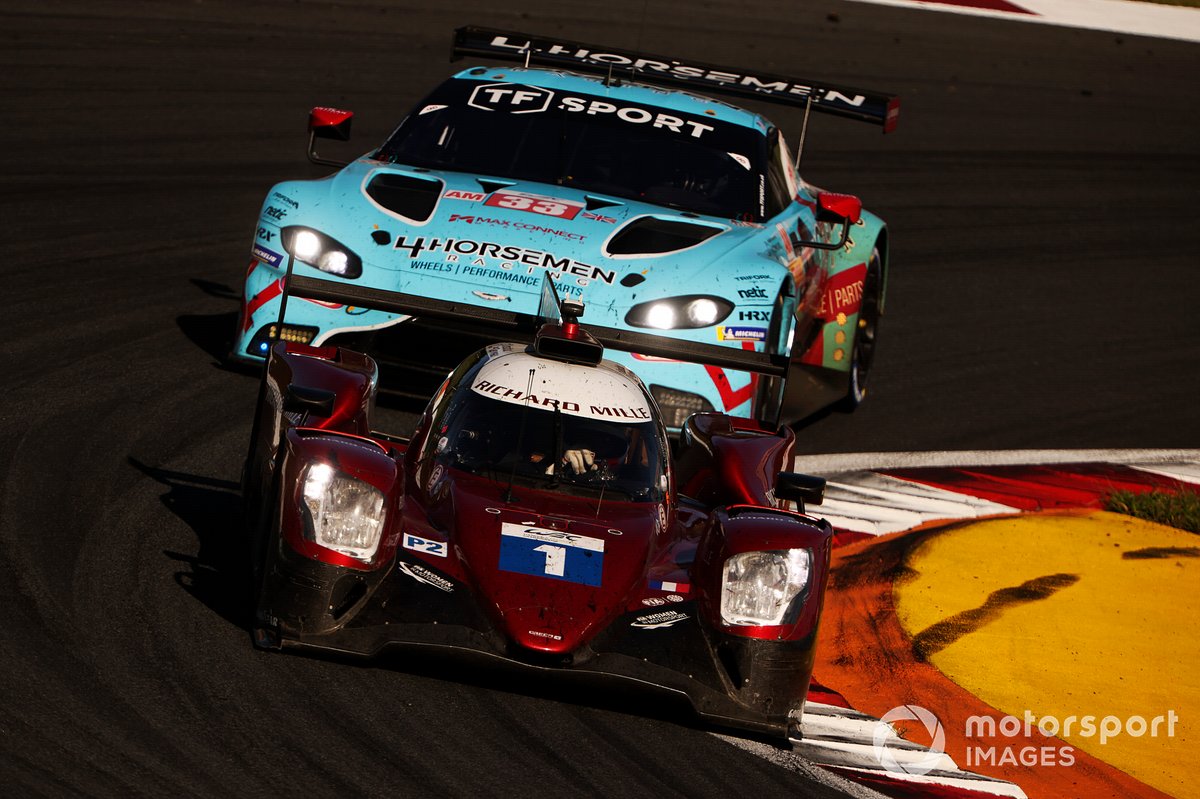 Wadoux's fellow LMP2 racer Colombo, who joined Prema this year, will drive either the Ferrari 488 GTE Evo or Porsche 911 RSR-19 in Bahrain, depending on which marque wins the GTE Pro title.

Colombo has won three of the four European Le Mans Series rounds held so far this season, but will step out of the car for the fifth round of the season at Spa next weekend with Juan Manuel Correa taking over his seat.

Ferrari Challenge Europe points leader Pin meanwhile will take the wheel of an ORECA 07-Gibson LMP2 machine, most likely that of the points-leading Jota squad.

The French 18-year-old made a one-off outing in the WEC at Spa earlier this year for the all-female Iron Dames team in the GTE Am class.

Gehrsitz, who drives for United Autosports in the LMP3 class of the ELMS, will get to drive an Aston Martin Vantage GT3, either that of TF Sport or NorthWest AMR depending on the title outcome.

Other drivers are welcome to take part in the five-hour test besides the quartet selected by the WEC organisation. A full entry list will be published in due course.