Mumbai teenager Daruvala has endured a disappointing campaign so far, but came through on the final lap of a bizarre session to put his Carlin Dallara-Volkswagen top of the times by just 0.010 seconds from Ferrari Driver Academy prospect Marcus Armstrong.

The session was delayed by nearly an hour due to barrier repairs after Spa 24 Hours free practice, and then the 20-minute period was a third of the way through before anyone took to the track.

With three minutes until the chequered flag, only two cars had qualified, and most of the field left it until near the end of the session in the blistering hot conditions to do a run of three flying laps - all 24 cars running in formation as if they were in a race.

Championship leader Armstrong instantly planted his Prema Powerteam machine at the top, and improved further on the final lap.

But Daruvala picked up a substantial tow from Carlin team-mate Ferdinand Habsburg, and hung on around the rest of the lap to grab pole away.

"Our plan was to be in the same boat as everyone else, and manage the traffic ourselves," said Daruvala of the decision to go out late, "and there was a worry over tyres.

"I didn't panic, and I sat at the back of the group, and then it was a dream.

"Ferdinand hung back into the Bus Stop, and I towed past him before I got to Les Combes.

"My rear tyres were going off in the heat, but I managed to complete the lap and get pole." 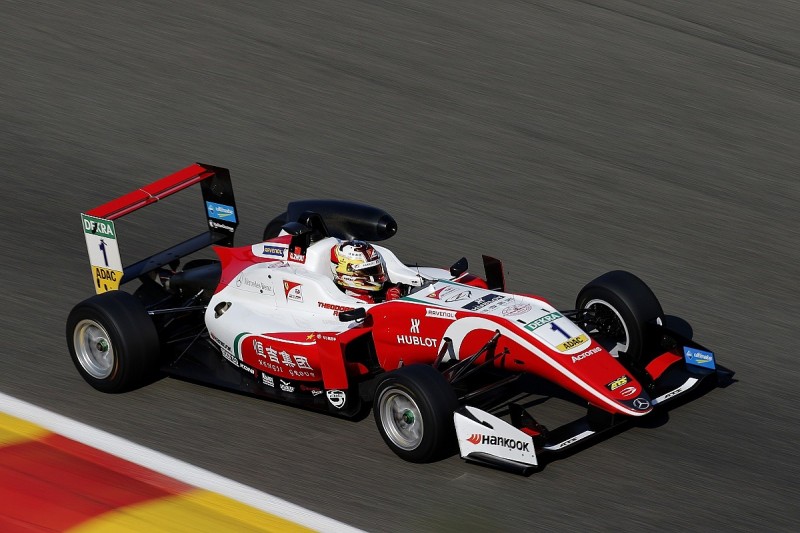 Shwartzman was running at the front of the queue, and set the quickest time of all in the challenging middle sector, but with no slipstream at all his first sector - through Eau Rouge and up the Kemmel straight - was almost a second off Daruvala's.

Enaam Ahmed (seventh) and Ben Hingeley (eighth) ensured that all three Hitech cars will start in the top eight.

Motopark pair Juri Vips and Jonathan Aberdein rounded out the top 10, despite Vips never having driven the circuit until the morning free practice session.

Ahmed set the quickest time in first free practice, and Dan Ticktum then went faster to top the second session - but Ticktum has qualified only 13th, with his free practice topper 1.2s quicker than Daruvala's qualifying standard.

Another leading contender struggling was Mick Schumacher, who is 17th - he was on track relatively early and was therefore fastest for a spell, but appeared to mismanage the traffic at the end and got caught behind Artem Petrov.