After finishing third in the opening FIA Formula 3 round in Bahrain, Russian driver Alexander Smolyar said he is “trying to focus on my job” amid confusion over his participation.

The third year driver, who switched to MP Motorsport for 2022 after two seasons with ART Grand Prix, said last week that he would not compete in the championship.

The FIA had said that Russian drivers would only be allowed to compete under a neutral flag and banned them from displaying their flag both in public and on social media.

Smolyar wrote in a now-deleted social media post that he stood with SMP and “will not compete in FIA F3 and any international racing series this year”.

But ahead of the opening F3 weekend in Bahrain, Smolyar appeared on the FIA entry list as an Authorised Neutral Athlete, under the organisation’s own flag, and raced to third with no SMP logos on his black-liveried car.

Smolyar remained tight-lipped about his situation when asked in a post-race press conference on Saturday, and said he was “trying not to think about it too much”.

The 20-year-old said: “For sure I would say thanks to MP, because there were some difficulties in the beginning, and then we found a solution to sort it out.

“Yeah, I’m basically just happy to be here, that’s it.”

Asked how disruptive the problems were to his preparation, he said: “Disruptive? I still knew that everything could happen, so I was ready for anything, even for say a latest call. 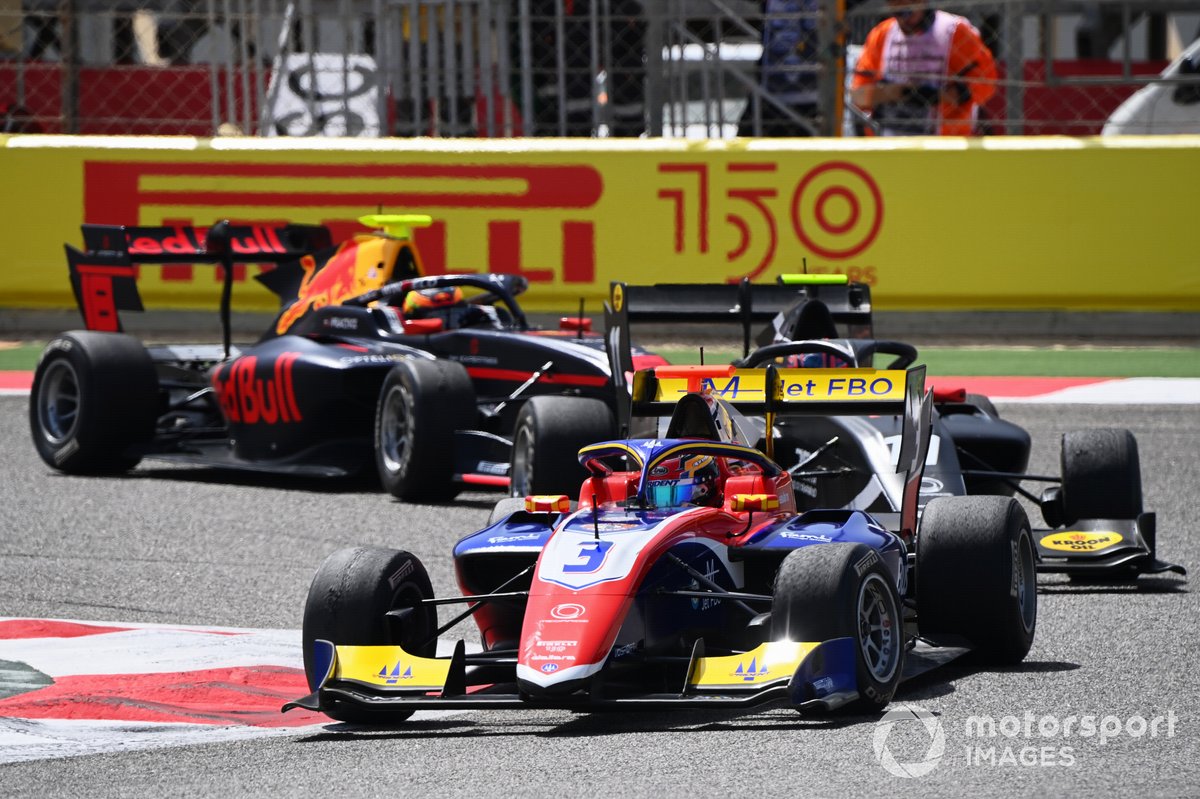 “So yeah, it didn’t affect any of my pre-season preparation.

“I’m trying not to think about it too much, I just focus on racing.

“I know this is difficult times but also trying to focus on my job and that’s it.”

He then said he had “already answered more or less the topics, so I would not like to add anything else to it.”

The FIA released a code of conduct for Russian drivers earlier this month which also covered their use of Russian or Belarusian national symbols, colours or flags.

F1 also terminated its contract with the promoters of the Russian Grand Prix and cancelled the Sochi race which had been scheduled for 25 September.

Smolyar’s Instagram post last week said: “I will not compete in FIA F3 and any international racing series this year.

“I stand with the decision of SMP Racing to stop its European program as a result of an unprecedented requirements that FIA put on any Russian driver as a condition for access to international competitions.

“From the bottom of my heart, thank you for your support in these difficult times.”