The reigning Formula Renault Eurocup champion, whose best grid position since winning at the opening round in Pau had been 10th, stamped in a late effort in qualifying to take the top spot for Saturday's opening race.

Fenestraz and his four Carlin team-mates used two full sets of new rubber in this session, with drivers reporting high degradation of the Hankooks on the newly resurfaced track.

"The first half of the season wasn't good enough," said Fenestraz, "and now finally I'm on top.

"We've worked really hard these last two weeks since the last round at Spa, just trying to find why I was slow in qualifying.

"The team has been doing a great job - it was just me not finding the lap time."

Fenestraz hailed the Carlin two-sets strategy as "a good decision", but it does mean that the team will only have one new set available from the weekend allocation of 12 tyres for Q2 later on - and this decides the grid for races two and three.

"Qualifying was good considering we only used one set of tyres," acknowledged Zhou.

"You get a lot of benefit from new, so maybe for later this helps."

Red Bull junior Dan Ticktum dominated both free practice sessions and sat atop the qualifying list for some time, but the Motopark driver was gradually demoted to third position.

Ticktum's South African team-mate Jonathan Aberdein continued his impressive progress to equal the Briton's time to the thousandth, meaning they will share the second row of the grid.

Championship leader Marcus Armstrong was close at hand in fifth in his Prema car, just ahead of Mick Schumacher. 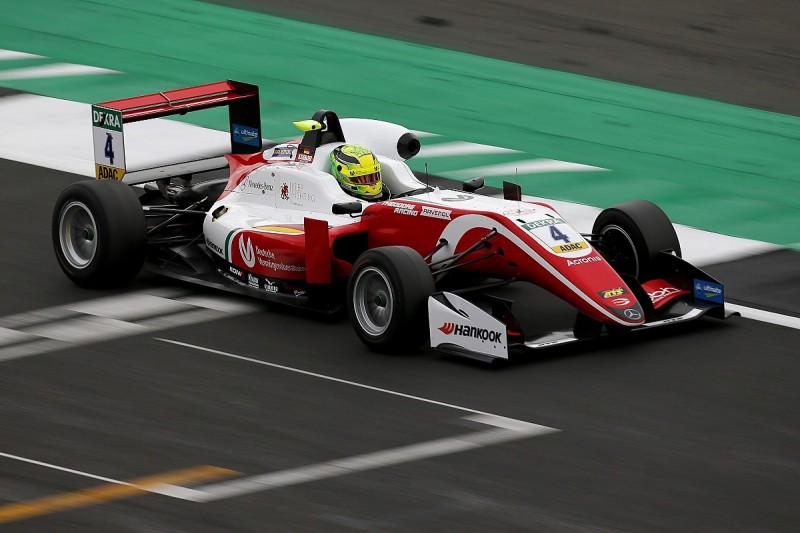 Alex Palou was the strongest of the Hitech GP contingent in seventh, one place ahead of team-mate Enaam Ahmed.

The field has been boosted this weekend by the addition of a fourth Hitech car for reigning Chinese Formula 4 and Formula Renault champion Charles Leong, the 16-year-old Macanese qualifying 23rd out of the 24 contenders.

But the grid is missing the single-car Ma-con team after a parting of the ways between the German squad and Julian Hanses - both team and driver are understood to be hoping to return to the series separately from September's Nurburgring round.