Vips led away from pole and went unchallenged until DRS was activated, when HWA's Jake Hughes closed in.

But the key moment of the race came when Vips's Hitech Grand Prix team-mate Leonardo Pulcini put pressure on Hughes, the two banging wheels at Turn 4 on lap five of 20.

One corner later they made contact and Pulcini spun out, the stewards deciing no further action was needed.

The drama was key to the race as it allowed Vips to break the tow and on the next tour he set a fastest lap of the race to move three seconds clear.

After the incident Prema Racing's race one winner Armstrong moved up in to second and began to erode Vips's lead, but the latter forced the lead back over three seconds.

A charging Armstrong moved to within 1.4s in the last three laps but could not make meaningful inroads and gave Vips his third win of the year, celebrated with Red Bull's Helmut Marko in parc ferme.

Second was enough to give Armstrong second in the championship as his Prema team-mate Jehan Daruvala - who missed out on the title to Robert Shwartzman in the first race of the weekend - had a technical issue on the grid and had to start from the pits.

Spa race winner Pedro Piquet looked to end a strong end to the season by taking the final spot on the podium - as his team-mate Niko Kari had in the first race - but had to retire with a technical issue three laps from the end. 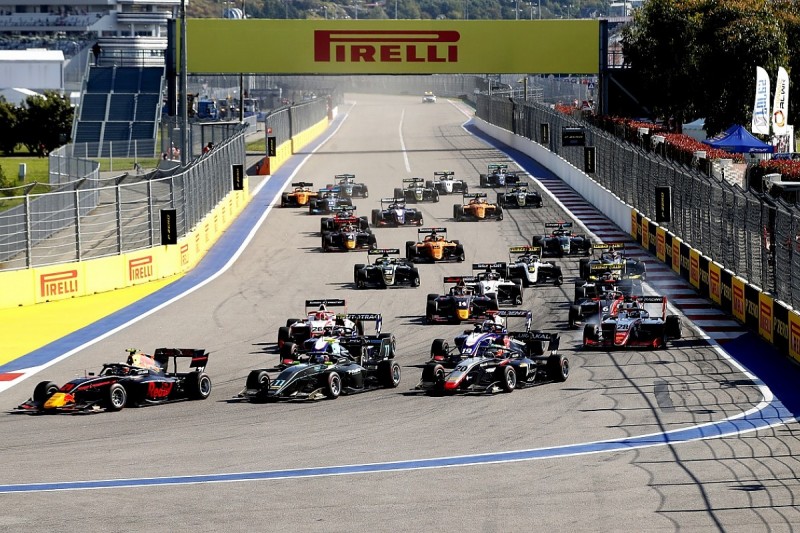 Passing Hughes with five laps to go at Turn 13 released him to hunt down Piquet, but ultimately Piquet's retirement meant he took a comfortable third to end the season.

Hughes had a large gap once Shwartzman had passed, and pushed hard to re-catch the Russian, ultimately unsuccessfully.

Niko Kari ended his best weekend of the year in fifth while a massive battle for sixth provided drama.

Richard Verschoor had worked his way forward in a typically militant drive through the field from the Dutchman, but he was past by Chinese Renault junior Yifei Ye of Hitech who took a best result of the season in sixth ahead of Verschoor.

Yuki Tsunoda - a Red Bull and Honda junior - had been part of that fight but pitted on the penultimate lap.

Four drivers could have finished eighth, but Red Bull junior Liam Lawson made a double pass on the two ART Grand Prix cars to secure it, ahead of ART's Lundgaard and Logan Sargeant's Carlin.