Campos Racing's Leonardo Pulcini ended a spell of over a year where ART cars sat on pole position for GP3 races at Barcelona in April, and Boccolacci extended the run further taking MP Motorsport's first pole in its debut year in the GP3 Series.

He was the last frontrunner to set a lap, and unseated ART's home favourite Anthoine Hubert, the French fans cheering as its drivers fill out the top three spots on the grid for Saturday's race.

Hubert and Giuliano Alesi, son of France's leading 1990s Formula 1 hope Jean, were less than a tenth behind Boccolacci in a thrilling battle where multiple drivers in a variety of teams challenged, and the top 10 was covered by less than 0.6 seconds.

Trident driver Alesi - a winner in the opening round at Barcelona - narrowly fended off another ART entry, of Barcelona feature race winner Nikita Mazepin. Pulcini rounded out the top five.

Niko Kari constantly ran just in front of his team-mate Boccolacci on the road, but couldn't match the Frenchman's epic improvement on the final run - although he did leap into the top six.

Callum Ilott led after the first instalment of quick laps before drivers regrouped in the pits, but could only manage seventh with a moment at the final turn hampering his progress.

Lorandi and Piquet had been further forward earlier on, as had Mawson who went as high as third for Arden. All three were shuffled back in the late running. 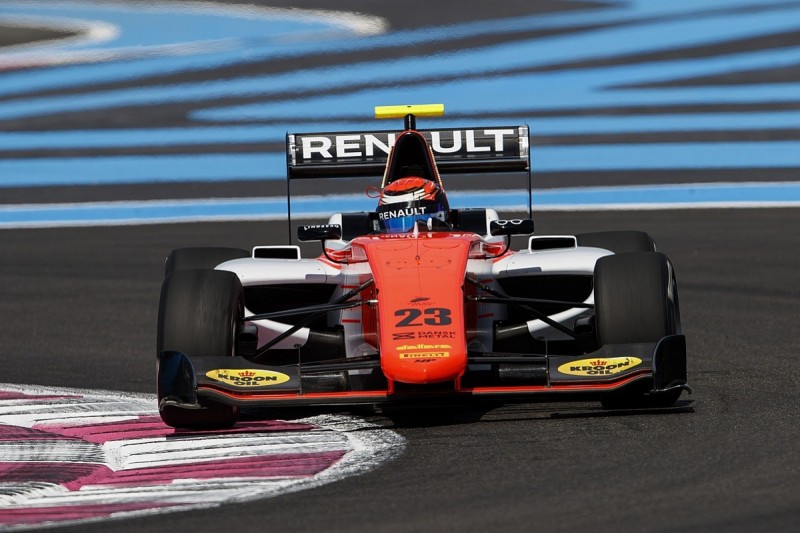 Just outside the top 10, Renault protege Christian Lundgaard impressed on his debut.

He was only 0.6s slower than pole in 11th, having not driven the car before Friday practice after replacing Will Palmer in a one-off.

ART's Jake Hughes again qualified outside the top 10 as he did at Barcelona. He had struggled at the previous round to get heat into his tyres.