Schumacher, who is on a rich vein of form and has hurtled up to second in the championship thanks to his Saturday morning race win, set two laps quicker than the best anyone else could manage in his Prema Powerteam-run Dallara-Mercedes.

His closest rival was once again first-race polesitter and team-mate Robert Shwartzman.

The Russian Ferrari protege's best lap was 0.087 seconds adrift of Schumacher's session-topper, and his second-fastest performance came on the very last lap, as he put in a last-ditch bid to repeat his Friday qualifying effort.

Once again the biggest threat to the Prema weekend domination came from points leader Dan Ticktum, the Red Bull junior taking third in his Motopark car. 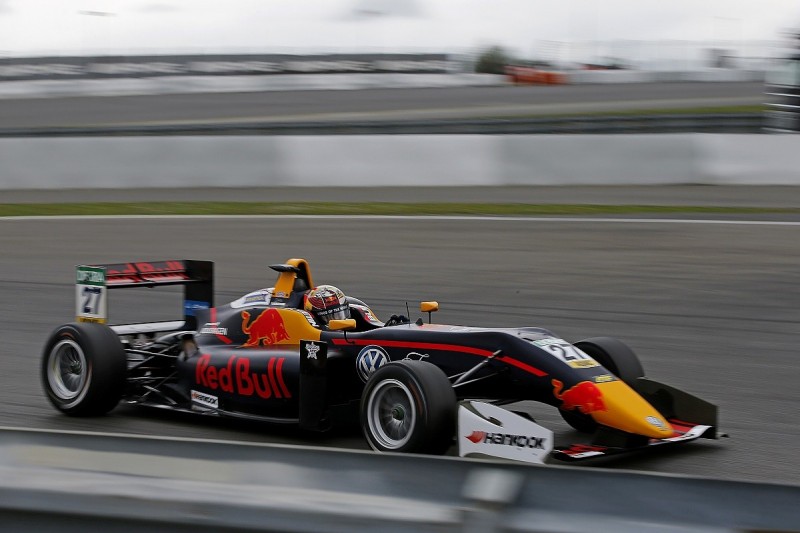 He also improved his second-best time on his last lap, but it was not enough to move him up the order and he will start both races from third.

Prema's Marcus Armstrong continues to recover from his engine-failure-hampered Friday, taking fourth overall from the Hitech GP car of Alex Palou, although Palou pipped Armstrong by 0.001s for fourth on the grid for the finale.

Another Prema driver, Ralf Aron, was sixth fastest, while his second-best time relegates him to seventh in the line-up for race three, with Carlin's Renault junior Sacha Fenestraz moving up to sixth for the finale.

The top 10 on the grid for race two are completed by Jonathan Aberdein (Motopark), Fenestraz, Guan Yu Zhou (Prema) and Juri Vips (Motopark), while for race three it's Aron and Vips on the fourth row, with Zhou and Hitech's Enaam Ahmed on the fifth.