The FIA Formula 3 Championship, which will replace the GP3 Series on the Formula 1 support bill in 2019, has opened for entries and is attracting teams from multiple championships

Like Formula 2 and GP3, the new F3 series will be run by Bruno Michel - as CEO of a company owned by Liberty Media.

The process to enter FIA Formula 3 - which will run cars known as 'international F3 cars' opened late last month, with teams being asked to submit a business plan and other financial and business information for scrutiny.

The organiser is looking to cap the number of teams at 10. Each team would be able to run three cars, creating a 30-car grid as stipulated by the FIA in March.

It is understood that this is being done to create a solid core of teams able to compete all rounds and remain financially stable, as the F2 championship has done this year with its new car, and both series could expand in the future with new teams.

Autosport understands the successful teams will be notified on October 1 whether they have received an entry.

Applicants so far include teams from the Formula Renault Eurocup as well as GP3 and F3 entrants. 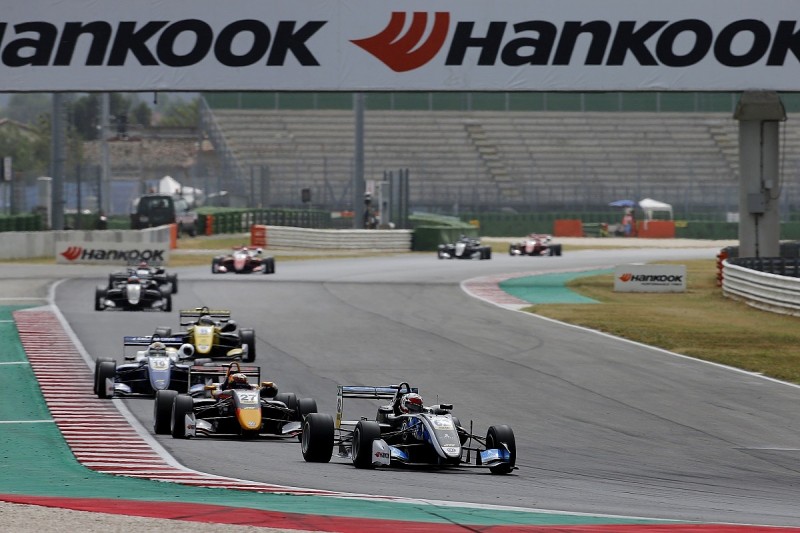 As reported exclusively by Autosport in July, the new car will use the current GP3 V6 engine and gearbox, with a new front and rear end, increased downforce and a steel halo.

The car is expected to start testing in November and could be unveiled at the Abu Dhabi Grand Prix, the final round of the GP3 Series at the end of November.

Delivery of the new car to teams is expected to start in January 2019.

The calendar will be nine or 10 rounds - GP3 currently has nine events and European F3 has 10 - but all championship rounds will support F1.

The calendars for F2 and FIA F3 are still being discussed for next year, but F3 is expected to maintain GP3's practice of having at least one round outside of Europe. This year the series visits Russia and Abu Dhabi.

It is understood FIA F3 may inherit the superlicence points of European F3, which are higher than in GP3.

Current F3 championship promoter ITR, which also runs the DTM, is hoping to continue an F3 Euro Series in 2019 for the current generation F3 cars.