Norris arrived in Macau the day before track action got under way, having been scheduled to take part in the cancelled Pirelli F1 tyre test with McLaren in Brazil.

He struggled to adapt his Carlin car's set-up to the Yokohama tyres used in Macau and finished the race second behind fellow Briton Dan Ticktum.

Though Norris is poised to move into Formula 2 or Super Formula next year, he is eager to return to Macau.

"I want to come back," Norris told Autosport.

"I think most drivers want to come back next year.

"Next year is a long way away and it will be different drivers in it next year, so it is hard to say if I will come back.

"But it is something I want to do." 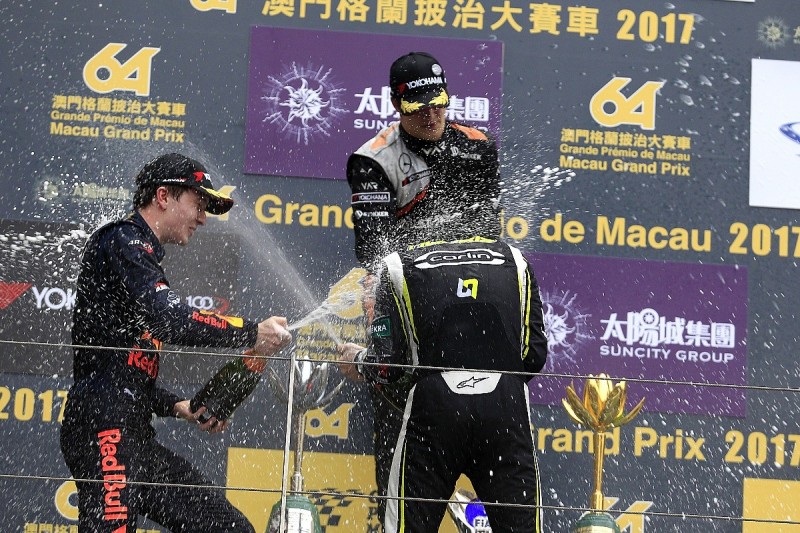 Norris knows he had the perfect opportunity to win the Macau GP, having started the main race ahead of Ticktum.

"I came to Macau to win, and in some ways I didn't prepare for it as much as I should have done and maybe I could have done - because I had focuses on other things," he said.

"It was all a bit of a rush in the end to make FP1, and I was always slightly on the back foot. But I am not going to use it as an excuse.

"There is no reason I shouldn't have won, I think we just didn't put it all together as well as we should have done or could have done.

"But ending second I think is not too bad.

"Some teams adapted to the tyres better and that is a slight area where we struggled.

"So maybe next year, if I do come back and we are on the same tyres, we can work more to having better tyre life at the end of the race."