Two-time victor Felix Rosenqvist and 2012 winner Antonio Felix da Costa began their preparations with Prema Powerteam and Carlin respectively on Monday, while 2011 podium topper Daniel Juncadella joins the action with Hitech GP for the second and final day on Tuesday.

Only Rosenqvist has driven an F3 car this year, when he substituted for Nick Cassidy - who was absent on Super GT duty in Japan - in a pre-season test at Mugello.

Prema boss Rene Rosin told Autosport: "We were testing to know some more about the Pirelli tyres [which will be used for the first time in Macau] and to give Felix a bit of confidence back in F3 - he must have driven in the most championships of any driver this year!

The three 'ringers' are part of a full line-up of runners from each of the F3 European Championship's 'big five' teams that won races in 2016. 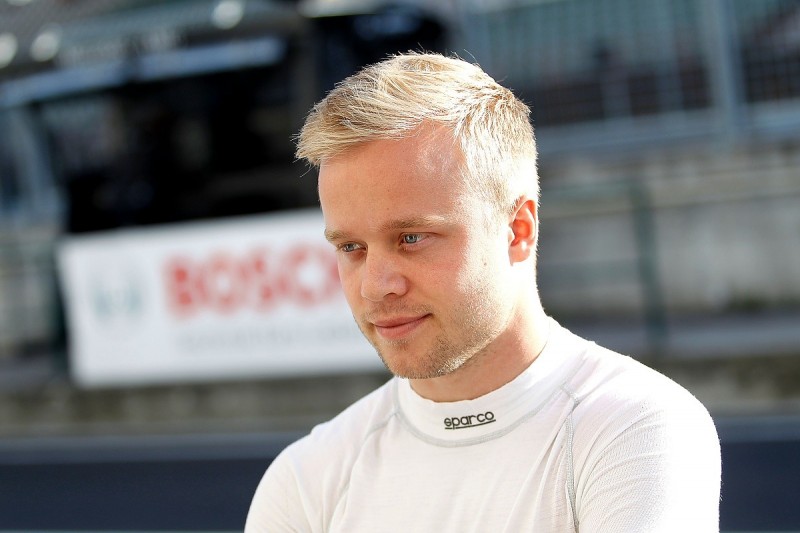 Joining Rosenqvist at Prema for the two days in Austria is Ferrari protege Guan Yu Zhou, who finished runner-up with the Italian team in the 2015 Italian Formula 4 Championship before contesting his rookie F3 season this year with Motopark.

Da Costa is partnered at Carlin for the test with Formula Renault 2.0 racers Jehan Daruvala and Nikita Troitskiy, with Red Bull junior Sergio Sette Camara - who will race in Macau with the British team - joining the action on Tuesday.

Hitech is running regular Nikita Mazepin for the two days, with George Russell driving on Monday before making way for Juncadella.

Van Amersfoort Racing is testing 2016 team members Callum Ilott, Pedro Piquet and Harrison Newey together with German F4 graduate Kami Laliberte - who is expected to move to F3 in 2017 - and the highly rated David Beckmann, having his first outing with the Dutch team.

Some may say that the experienced professionals shouldn't be returning to F3 for Macau, but Rosenqvist's mentor Stefan Johansson really took the biscuit in 1988.

Johansson finished eighth in an Eddie Jordan-run Reynard-Volkswagen when he was already an 11-time Formula 1 podium finisher with Ferrari and McLaren.