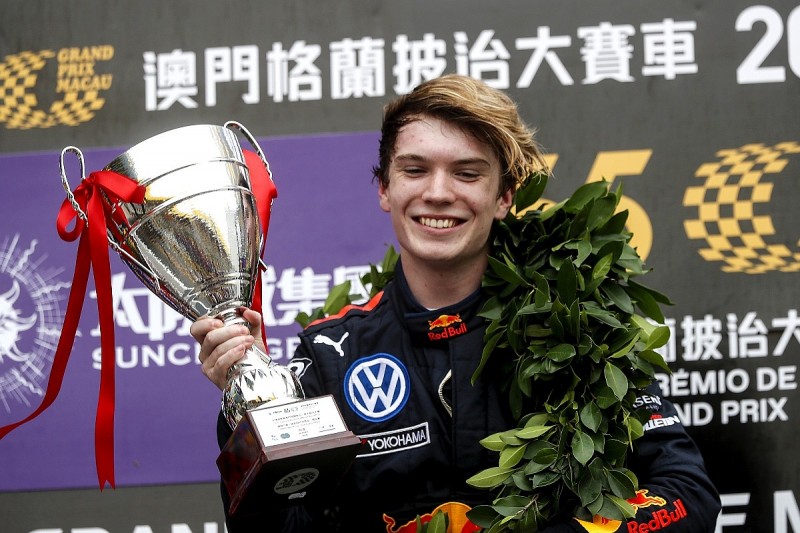 Red Bull Junior Ticktum passed Callum Ilott for the lead on the second lap, and from then on was untroubled - apart from having to avoid a stray dog.

Ilott managed to slipstream his way past poleman Ticktum around the outside of the Mandarin kink to take the lead after the start, and held on despite an oversteery moment at Lisboa bend that flicked his left-rear tyre against the barrier.

Ticktum stayed right on Ilott's tail and was able to pass the Ferrari junior around the outside of Lisboa, and his Motopark Dallara-Volkswagen was already 1.341 seconds in front by the end of lap two.

On the third lap, Ticktum encountered the dog on the racing line at Dona Maria, flicking wide to avoid it, before the safety car was called out while the dog was retrieved.

Ticktum made a corker of a restart, and was 0.863s in front of Ilott's Carlin car as they crossed the start/finish line.

Joel Eriksson had passed Sacha Fenestraz for third on the drag down to Lisboa after the start, but got boxed in, allowing Renault Formula 1 junior Fenestraz to repass at San Francisco Bend.

At the restart, BMW DTM racer Eriksson got ahead of Fenestraz at Mandarin, and also got close to slipstreaming past Ilott too.

One lap later Eriksson squeezed inside Ilott on the run down to Lisboa, the Motopark-run Swede making minor contact with the barrier as he slipped through the tiny gap.

Eriksson was 1.675s adrift of Ticktum at the end of that lap, with four to go, but could not prevent Ticktum extending the gap to 2.247s as they started the final tour. 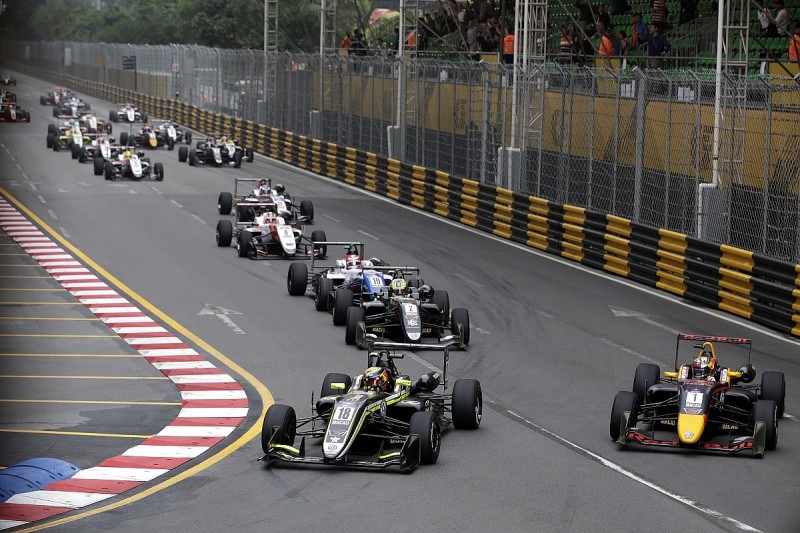 Ticktum then took it easy on the last lap to lead Eriksson in a Motopark one-two by 1.563s, with Ilott and Fenestraz - who tried a move on his Carlin team-mate at Lisboa on the penultimate lap - next up.

Guan Yu Zhou ran a solid fifth for almost the entire race in his Prema Powerteam car from Hitech GP man Jake Hughes, only for the Chinese Ferrari junior to crash at the Solitude Esses on the final lap.

From 14th on the grid, Motopark's new Red Bull junior Juri Vips made superb progress - he passed Prema's Marcus Armstrong after the Mandarin kink with three laps to go to win the battle of the Macau GP debutants and take seventh position.

The incidents that did not involve dogs were cleared up without need for the safety car.

Apart from Zhou's shunt, Sena Sakaguchi crashed at Maternity Bend on the opening lap, Ritomo Miyata hit the wall at Lisboa on lap seven, and Frederik Vesti also came to grief at Lisboa.