Hughes: Macau GP form boosts 'outside the box' options for 2019

Hughes finished fourth for Hitech GP, and was the best Mercedes-engined runner.

He defeated the might of the all-conquering Prema Powerteam squad, whose F3 European champion Mick Schumacher chased Hughes home.

He has raced alongside Nikita Mazepin in F3 in 2017 with Hitech, and in GP3 this year with ART Grand Prix.

But with the Russian looking set to graduate to Formula 2 next season with ART alongside Nyck de Vries, Hughes's future has been unclear.

"I've got to think outside the box what I want to do, but this weekend has done me a lot of favours - already some conversations have started based on what happened in Macau."

"To be honest F2 isn't on my radar, but I've got a lot of options in various different championships and on different continents, and we'll see what happens."

Hughes said he was proud of his Macau performance, in which he was also a contender for pole position.

"I think the team are proud as well," he said.

"I was the top Mercedes-Benz driver, which is always a plus point, although we came here for the win and finished fourth.

"We didn't have enough in sector one [the flat-out blast to Lisboa], but the car was mega in the mountain sector.

"We share data with the other Mercedes teams and I usually got Mick's, and we're equal [on engine performance].

"Everyone did what they could from HWA [engine tuner] and Mercedes - no one left anything on the table." 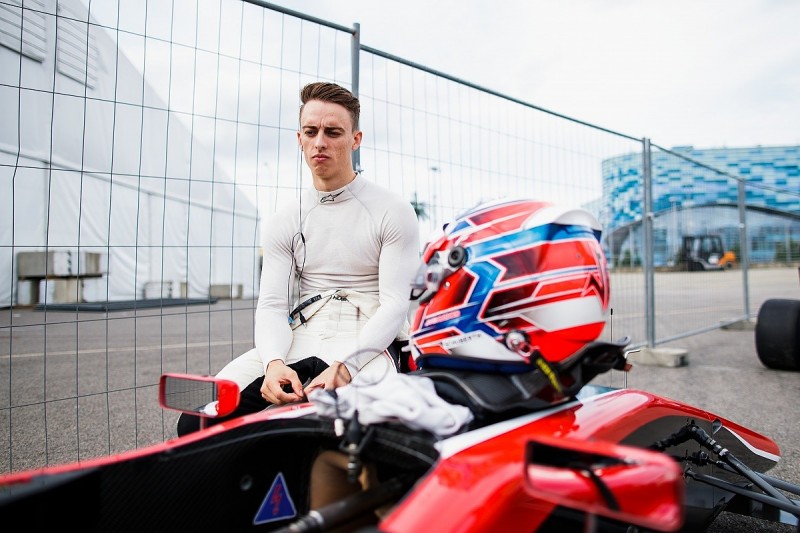 Hughes is confident of a strong GP3 finale this weekend at Yas Marina after a disappointing 2018 season to date - he lies eighth in the points table with just one reversed-grid race win.

"Over one lap we've been there," he said.

"We've been fighting for the front row in nearly every qualifying session, but difficult moments or traffic have messed it up.

"The problem is in races, and I've only recently learnt why: I've been struggling to keep the tyre, whereas two years ago [with DAMS] I was at least the joint best on tyre degradation.

"The tyre has definitely changed - it doesn't degrade anymore, rather it overheats, and that has a big impact on driving style.

"We don't have the tools in GP3 - tyre-temperature sensors or onboard data - but I learnt at Monza and Sochi and I'm confident going into Abu Dhabi that the struggles are behind us, and I'm happy to change my style to suit the ART car."