The overtaking aid will use the same detection zones as F1 and the technology already utilised in GP2, which adopted DRS in 2015.

GP3 introduced a new, more powerful 400bhp car for 2016, and series chief Bruno Michel said adding DRS was another step to help its drivers get ready for the senior championship.

"What we want to do is spice up the show a little bit and also to give a new tool to the drivers to be able to get ready for GP2," Michel told Autosport.

"We'll start to give the drivers an idea on how to use it, how to make it work and how to use it efficiently."

The current GP3 rear wing can be adapted to incorporate DRS rather than an all-new design being required.

Cosmetic changes will also be made to bring it closer to the appearance of current F1 rear wings.

"We can modify the rear wing instead of refitting it, because there is always a cost issue to that," Michel said.

"And the other thing is all the electronics that we need have already been developed for GP2.

"So the cost to the teams is going to be quite small compared to the technology it brings and I'm sure it's going to also be something that will be a big attraction to drivers to come and race with us.

"It's relevant to F1 and the drivers love that." 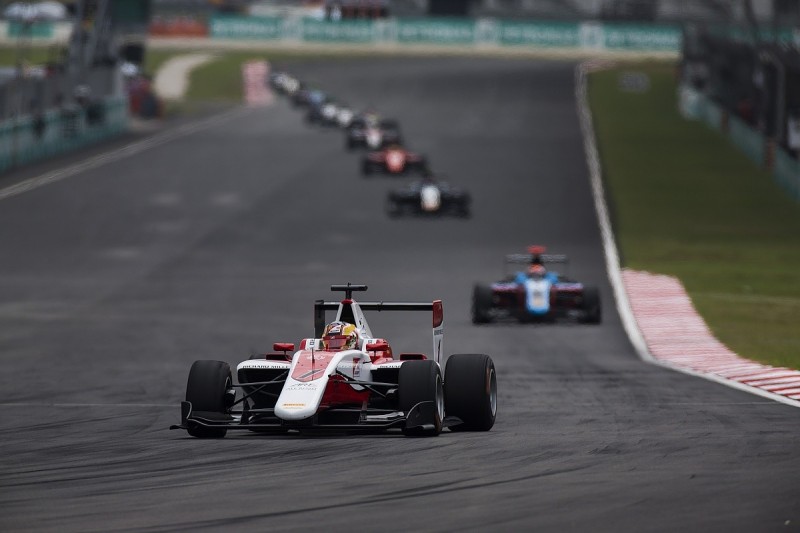 GP3 will begin testing DRS on its development car imminently, using a yet-to-be-announced driver not currently in the series.

Michel said the tests would also address the change of downforce level required to accommodate DRS.

"If we want to make the DRS efficient, we need to increase the downforce because otherwise you don't get a difference," he said.

"From what we've seen so far in the calculations that Dallara made, I think we're quite good and it's going to make it very interesting for next year."

Increasing overtaking had been one of the priorities with the new-for-2016 car, and Michel admitted this had still been lacking in the season's early rounds.

"I would say we missed a little bit of action at the beginning of the season on the track, but now it's getting much better," he said.

"It also depends on what we are doing with Pirelli because we are working very closely with Pirelli on the tyres and the tyre degradation.

"Sometimes we had the degradation that we wanted to have.

"And some of the times like [Sepang], because they completely re-did the surface of the track and everybody is surprised because the track is not abrasive at all, the tyres just go forever."