ART has been the dominant team in GP3 so far this year, but reliability dramas have cost Aitken, Nirei Fukuzumi and Russell points at Barcelona, Silverstone and last time out at the Hungaroring.

The same sensor problem caused Aitken to retire from race one in Spain, hit Fukuzumi in Britain and left Russell unable to take the start in Hungary's opener.

Mercedes junior Russell, who drove for the German manufacturer in the post-Hungary Formula 1 test, was philosophical about the problem that stopped him lining alongside Aitken at the Hungaroring, in a race the Renault F1 academy driver went on to dominate from pole.

"It's a bit disappointing but my championship rivals have been caught out [too] so we're kind of on an even, level playing field now with a mechanical failure each," he explained to Autosport.

"If we have no more unlucky moments I still have full confidence that we can continue with the job - myself and the team are working pretty well together. 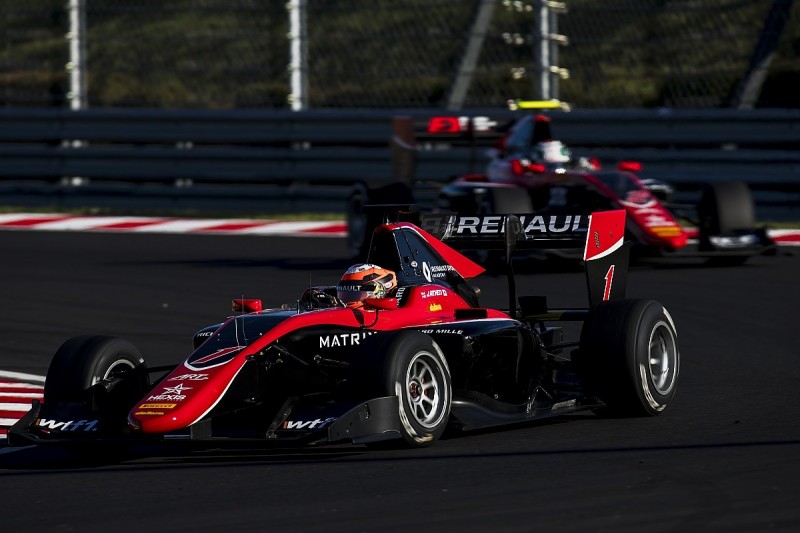 Aitken was also hopeful that reliability problems would no longer be an issue entering the second half of 2017.

"Now hopefully if we have a clean run for the rest of the year it'll be something more of a fight," he said.

"I think the tracks coming up will suit me so I'm confident."

Aitken had faced a 40-point deficit to Russell coming to Hungary, but cut that to nine with his pole and win, and neither driver scored in race two when a puncture on Aitken's car brought them together.

Asked if the title fight was back on, Aitken replied: "For sure, until the last race."

ART team boss Sebastien Philippe said his squad would push to make sure the sensor problems did not reoccur over the final four rounds.

"Definitely we will push to put new sensors on all four cars for the future," he said.

Behind Russell and Aitken at the head of the title standings is their team-mate Anthoine Hubert - Fukuzumi is down to fourth after being knocked out of the second Hungarian race - and the French driver is the only ART racer to score in every event so far this season.

The four drivers are covered by just 20 points, but Philippe insisted that such a close intra-team battle would not cause any issues.

"It's always good to have the four of them fighting for the championship," he said.

"I've never given any order to my drivers. I will not start from now.

"I just need to be sure that they respect each other and don't do stupid things.

"It's better to have four drivers fighting than no one, so I will not complain."