Hughes, who switches from the Formula 3 European Championship to GP3 along with Mazepin for this season, ended the day at Paul Ricard with a best time of 1m49.456s.

All 20 drivers set their best times of the day in the afternoon session, with the early morning running dedicated to installation work on the snowy and wet circuit, which will host returning the French Grand Prix this season.

The sun did emerge before the lunchbreak, which meant the times slowly dropped below the two-minute mark - with ART's Anthoine Hubert, who finished fourth in the 2017 GP3 standings, topping the morning times ahead of Trident trio Alessio Lorandi, Giuliano Alesi and Pedro Piquet.

In the afternoon, Hubert, Joey Mawson, Leonardo Pulcini, Dorian Boccolacci and Mazepin all enjoyed spells at the top of the order as the times continued to improve.

But Hughes - a two-time GP3 winner with DAMS in 2016 - moved into top spot with just over 15 minutes of the day remaining and was not headed thereafter.

Gabriel Aubry was seventh for Arden International, ahead of Lorandi, Ryan Tveter and Piquet - the son of triple F1 world champion Nelson Piquet, who is yet to confirm a GP3 race programme for 2018 - rounding out the top 10. 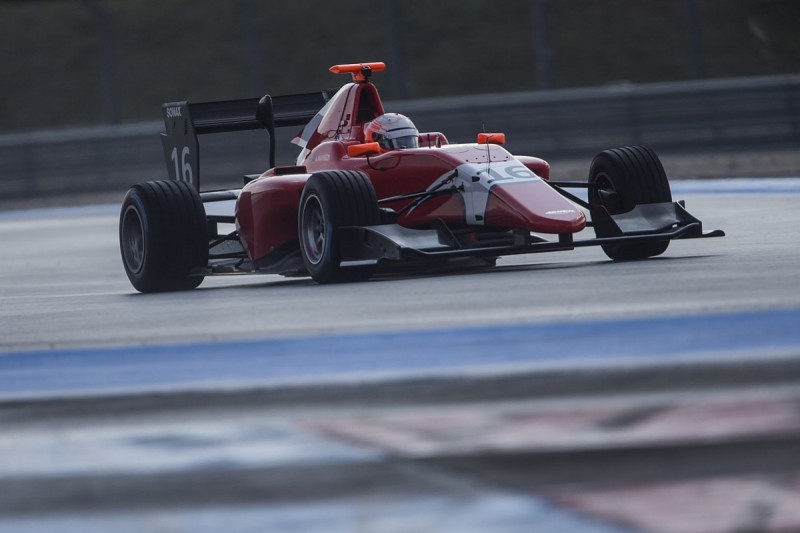 After he was announced as an Arden driver on Wednesday morning, Mawson (pictured above) ended up 11th fastest, just in front of Jenzer Motorsport's Tatiana Calderon.

Ferrari academy member Alesi set the 17th fastest time of the day for Trident, with Callum Ilott - another Ferrari junior and Euro F3 convert - bringing up the rear of the field for ART.

The 2018 GP3 season getting underway as a support event at the Spanish Grand Prix on May 11-13.