On a circuit where Prema Powerteam dominated last year, championship leader Stroll looked to be heading for a predictable pole.

His best three laps were quicker than anyone else had managed and team-mates Maximilian Gunther and Nick Cassidy completed a 1-2-3 for the Italian squad.

But the Motopark team's cars came on strong as the session progressed, Sette Camara vaulting into contention on the penultimate lap.

The Brazilian then crossed the line after the flag had fallen with a 1m21.011s lap that bettered Stroll's previous best by 0.207 seconds.

But Sette Camara is in the midst of serving a trio of 10-place grid penalties for an engine change in the most recent round at Spa - he has already taken one of them - meaning Stroll will start from pole. 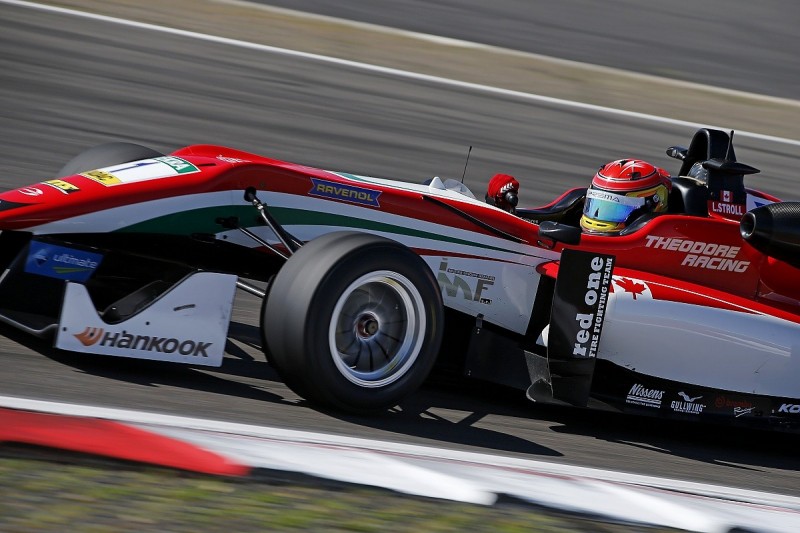 Cassidy also moved ahead of Gunther late on, so he will line up on the front row, with Gunther third.

George Russell will start from fourth position in his Hitech GP machine, and ended the session in front of Guan Yu Zhou and recent Masters of F3 winner Joel Eriksson, who emphasised Motopark's strong form by provisionally locking out the third row for the team.

But Zhou subsequently had his fastest time deleted for impeding Pedro Piquet, dropping him to eighth on the grid.

Ralf Aron makes it all four Prema cars in the top six on the grid, while Van Amersfoort Racing appeared to lack outright pace, with Callum Ilott heading the Dutch squad's quartet in seventh.

The top 10 is completed by Niko Kari (Motopark) and Anthoine Hubert (VAR), with Sette Camara starting from 11th.

The grid is down to a low of 17 cars this weekend with the withdrawal of Carlin, although the whole field was covered by just 0.976s.