The Formula 3 European Championship's race director wants to use the full-course yellow in more races in future, which could have a big impact on this weekend's Norisring round

The FCY - or virtual safety car as it is known in Formula 1 - was called for the first time in a Euro F3 round at the Hungaroring last week, and drew universal praise from the top three drivers.

Race director Tamas Zettner told Autosport he has been a big fan of the system since it was first used in sportscar racing, and that he was happy with how it worked in Hungary and wants to continue using it where appropriate.

The system has been trialled in free practice since the beginning of 2016, and was first used in qualifying at last month's Pau round.

The FCY was used in Hungary at the end of the first lap of race one, following a collision that ended with Ralf Aron's car in the gravel trap at Turn 6.

Since the revival of the F3 European Championship, 12 of the 14 races at the Norisring have been plagued by laps under the safety car, with restarts often triggering more cautions because of incidents caused by the pack funneling into the Turn 1 hairpin after a long, wide straight.

Mercedes DTM junior Maximilian Gunther, who won the Hungaroring race that featured the FCY, said: "From my point of view it worked well.

"The gaps were quite consistent from what I could see in my mirrors - you don't lose your advantage, but on the other hand sometimes it doesn't stay exactly the same."

Runner-up Jake Hughes added: "In the case we had in Hungary it was a good use of the system.

"We stayed an equal distance, although it's a little difficult when it's ending because your delta [time] doesn't move."

And third-place finisher Jehan Daruvala said: "I went into Turn 13 as it was ending so I lost out a little bit there, but it's better than the safety car in that situation." 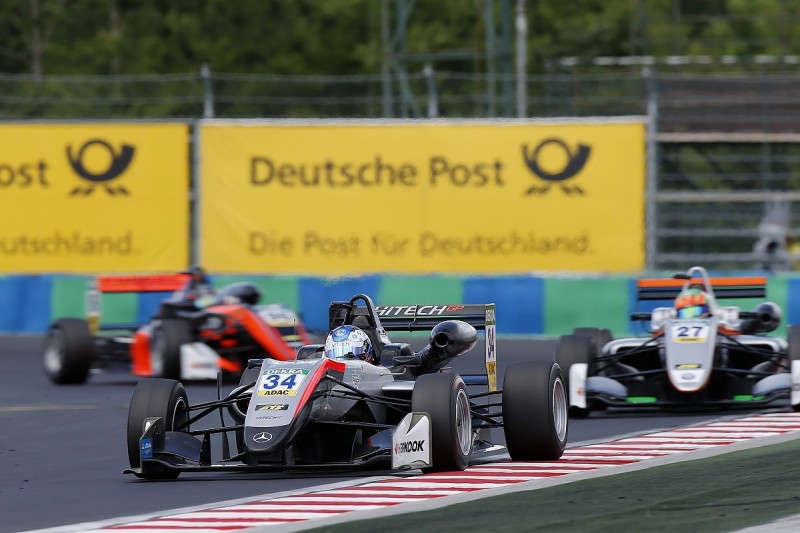 Hughes believes he can fight for wins for the remainder of the season after the Hitech GP team took a leap forward at the most recent rounds at Pau and the Hungaroring.

Team-mate Aron scored a third and two fifths at Pau, but was scuppered by a gearbox glitch in the second qualifying session in Hungary.

Hughes scored a second, a fourth and a seventh in Hungary, and believed he had the pace to finish higher.

"We've made steps forward with the car, even on Sunday morning in Hungary," Hughes told Autosport.

"We're so much quicker than we were able to show in the races, where I was staring at the back of Gunther all day!

"We've been playing catch-up, but generally it's very positive and I'm going to fight for wins from now on."