Beckmann was too young to take part in the first three rounds of the 2016 F3 campaign but impressed when he was able to make his debut, claiming a pole position and two podiums with Mucke Motorsport before the end of the season.

He joined Van Amersfoort Racing for his first full year but endured a torrid start to the 2017 season and failed to score a single point at any of the opening three rounds at Silverstone, Monza and Pau.

The German left the team after the Pau round before taking up Motopark's vacant fourth seat, and scored 20 points on his first outing with his new team at the Hungaroring.

"With VAR, I was always struggling a lot many times in every corner," said Beckmann.

"The car was actually the main problem, but also the communication was difficult.

"We were thinking 'what is the problem?' but they did not have the ultimate solution so in general we were struggling.

"We were in a deep hole and we couldn't get out fast [enough].

"The biggest problem was that the rear was really unstable.

"In testing, we went in a bit of a wrong direction; we already always had a problem with the rear." 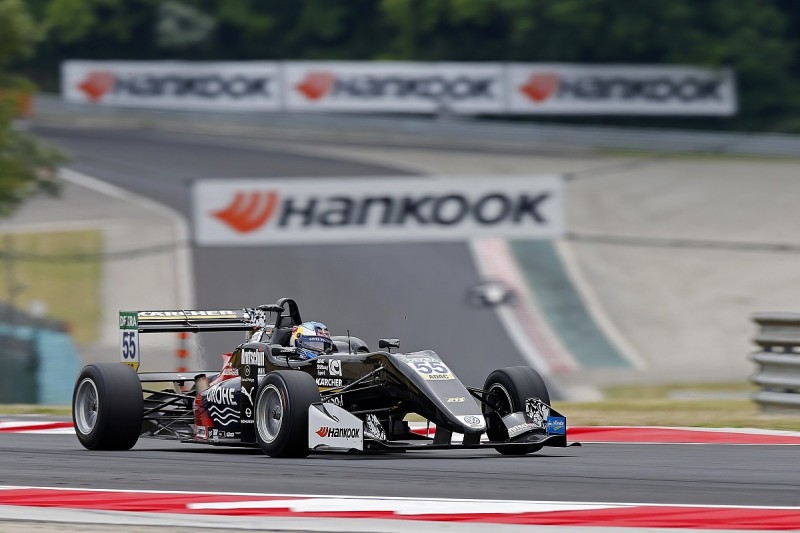 Beckmann said he had offers to join GP3 teams after his split with VAR, but decided to stay in F3 to avoiding giving the impression he was "running away" from the series.

"I had some offers from GP3 teams," he said.

"But in my opinion when it really doesn't work and you go to GP3 you also don't know how that works, [it is a] completely new series.

"Firstly, it is very difficult, and second maybe some people think you are running away.

"I think it is important to change the team, stay in the series and show the others that I am a good driver."