The Canadian emerged from a traffic-infested session to put in one super-fast lap, but his second-best lap was good only for fifth fastest in the order for race three.

"I felt that lap [the fastest one] was on it," said Stroll, "but I didn't have the opportunity to lay down a second laptime.

"I was blocked and in traffic - then I got free again but there was no rear grip."

Eriksson, who was a lowly ninth in first qualifying after his own traffic dramas, was happy to bounce back to take third fastest overall and pole for race three in his Motopark Dallara-Volkswagen. 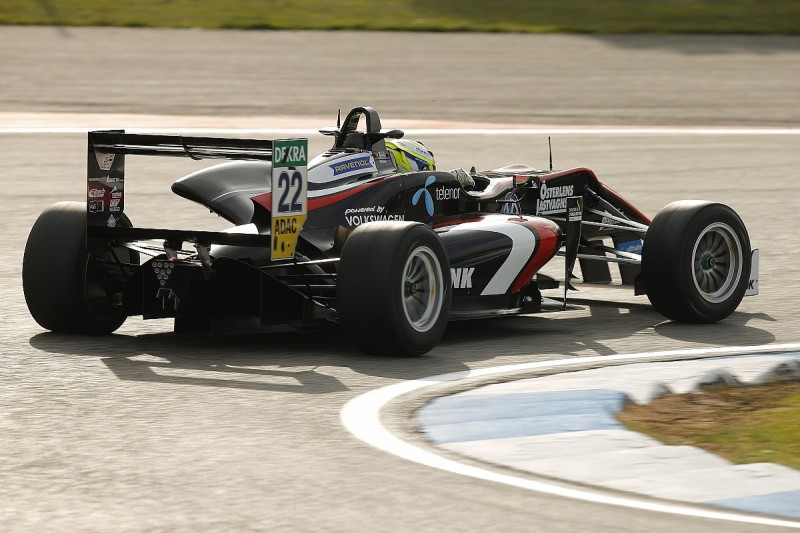 Hughes, meanwhile, finds himself on the front row for races two and three to add to this third on the grid for race one, completing a highly impressive first day in F3 competition for the GP3 race winner.

"Obviously the Carlin car is mega - as if anyone doubted it," said the Briton.

Beckmann could not quite back up his first-session pace but ended up a nevertheless competitive eighth fastest in his Mucke Motorsport car, although he drops out of the top 10 on second-best laps.

Double Formula Renault champion Lando Norris (Carlin) and Prema's Ralf Aron completed the top 10, but Norris's second-best lap - just 0.005s slower than his best - moves him up to fourth in the classification for race three.

Norris felt he drove much better than in opening qualifying and without a mistake he could have been in the top three, but he will start from the pitlane for all the races anyway.