The Spaniard has been among those testing at Silverstone on Monday and Tuesday as he dials into the Fortec Motorsport Dallara-Mercedes with which he will bid to take his second Macau success.

To qualify for Macau, Juncadella will contest this weekend's Euroformula Open finale at Barcelona with De Villota Motorsport.

Also out at Silverstone have been T-Sport, Team West-Tec and Double R Racing. 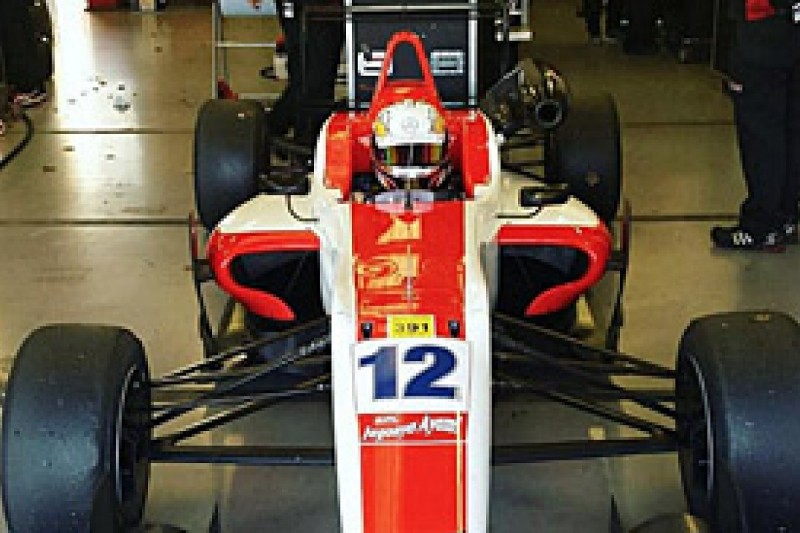 T-Sport has run Arjun Maini with the new ThreeBond/Tomei engine as the Indian driver gears up for Macau, as well as SMP F4 champion Niki Kari, the Finn testing for his fourth different team.

West-Tec is preparing its Macau duo of Sam MacLeod and Ryan Tveter, with Double R arriving on Tuesday to run Matt Solomon.

Other teams are out at the Red Bull Ring, with George Russell, sixth in the F3 European Championship this season, testing at the Austrian circuit with new team Hitech GP.

The 2014 McLaren Autosport BRDC Award winner is running alongside Russian Formula Renault graduate Nikita Mazepin, and could continue with the team next week in further tests at Nurburgring and Spa.

Hitech boss David Hayle said: "With his performances over this year as a rookie, George absolutely fits the bill.

"He's a fast, experienced driver, exactly what we're looking for - he's quickly down to a very respectable laptime, his feedback is very good and he's easy to work with."

Hitech is joined at the Tuesday/Wednesday test by Prema Powerteam, Van Amersfoort Racing and Motopark.

Prema is running Alessio Lorandi and Raoul Hyman, who have raced for VAR and West-Tec respectively in F3 this season, with Lorandi making way on Wednesday for Briton Ben Barnicoat, who gets a second run with the team.

VAR is giving another test to Brazilian F3 champion Pedro Piquet, while Lorandi returns to the Dutch team for Wednesday's running to prepare for Macau.

Motopark is running its 2015 regular Sergio Sette Camara as well as Ecuadorean Julio Moreno, who drove with T-Sport this season.

Hockenheim has also been the scene of F3 testing in the past week, with Mucke Motorsport running Austrian Formula Renault racer Stefan Riener and 15-year-old German F4 ace David Beckmann.