David Beckmann will make his return to the FIA Formula 3 championship in Austria, returning to Trident in place of the outgoing Devlin DeFrancesco

Beckmann raced with Trident in 2018 during the final GP3 season before its transition to F3, joining the Italian outfit mid-season after Alessio Lorandi stepped up to Formula 2 replace the suspended Santino Ferrucci.

The German driver won three races with the team following his switch from Jenzer, finishing fifth overall in the GP3 standings to end the year as the highest-scoring Trident driver.

Having made a switch to the ART team for the 2019 F3 season, Beckmann struggled as the grid was comprehensively outclassed by Prema, managing just 20 points.

Trident also confirmed that current incumbents Olli Caldwell and Lirim Zendeli will remain in the line-up announced at the start of the year for Austria's season opener, meaning that DeFrancesco drops out of the seat.

"I am very motivated and proud to be back with Trident," Beckmann said, "a team that always believed in me and supported me in achieving extremely positive results.

"I established a strong relationship with the Team Trident family, so I am looking forward to reaching even more ambitious goals soon." 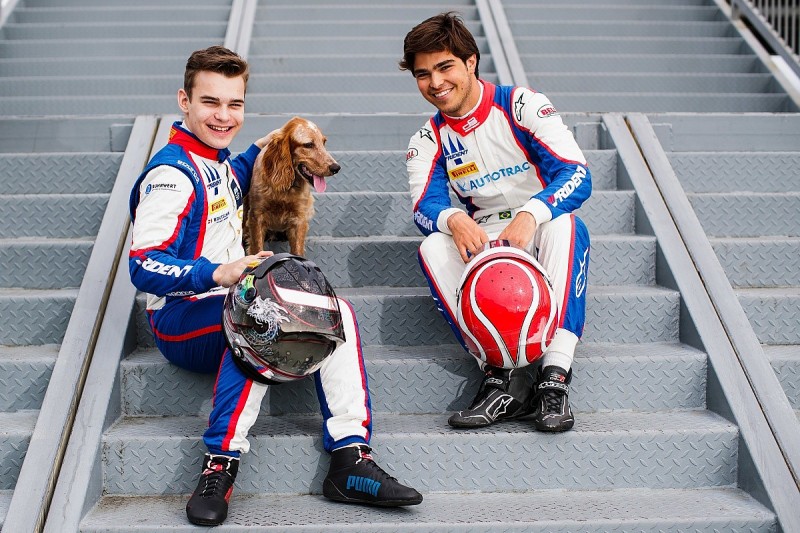 Beckmann's wins with Trident in 2018 included a feature race win from pole at Spa-Francorchamps, in which he fended off team-mate Ryan Tveter for his first GP3 victory.

He followed that up with victory in a rain-affected feature race at Monza, prevailing over six seconds ahead of the late Anthoine Hubert, and completed his tally with a pass on Joey Mawson during the Sochi sprint race.

"We are delighted to welcome David Beckmann back to our team," said team manager Giacomo Ricci.

"We always had great chemistry with him, and I am confident that we will be once again among the contenders for the FIA Formula 3 Championship, a pivotal series in the motorsport ladder.

"We will need to put up our maximum effort and to look at every possible element. This series is incredibly competitive, and even the slightest detail can be decisive."

Both F2 and F3 will follow Formula 1 to the opening races at the Red Bull Ring and will also accompany it to the other confirmed rounds at the Hungaroring, the Silverstone double-header, Barcelona, Spa and Monza.

DeFrancesco had previously stepped down from his Asian F3 drive in February as the coronavirus pandemic had just begun, due to health concerns.